Canada Day is much more than our country’s birthday. For as long as I can remember, it has been a great excuse to get out and enjoy some of the outstanding music emanating from the “Great White North.” It seems like every city and town across Canada has a festival going on that you’d kill to be at; there are way too many to list, but it would appear that even newlyweds Will and Kate would agree with this. After all, they took in the annual extravaganza on Parliament Hill in Ottawa as part of their whirlwind Canadian tour.

In Toronto, we were treated to a mini-festival curated by The Tragically Hip, a band that had more or less become synonymous with the holiday in the 1990s. I have honestly lost track of the number of times I’ve seen “The Hip” headline a show on Canada Day. Seeing them again in 2011 took me back to music bashes they’d throw where The Hip would stack the lineup with cool, up-and-coming CANADIAN artists (again, too many to name). Years later, the tradition returned to Downsview Park with avant-garde hip-hopper Buck 65 (originally from Nova Scotia), Newfoundland indie rockers Hey Rosetta!, Toronto prodigies Broken Social Scene, and Weezer, from the, um, rugged hinterland of, um…Los Angeles?! I can just hear the Sesame Street-sounding song ringing in my head: “Which of these bands is not like the other…” 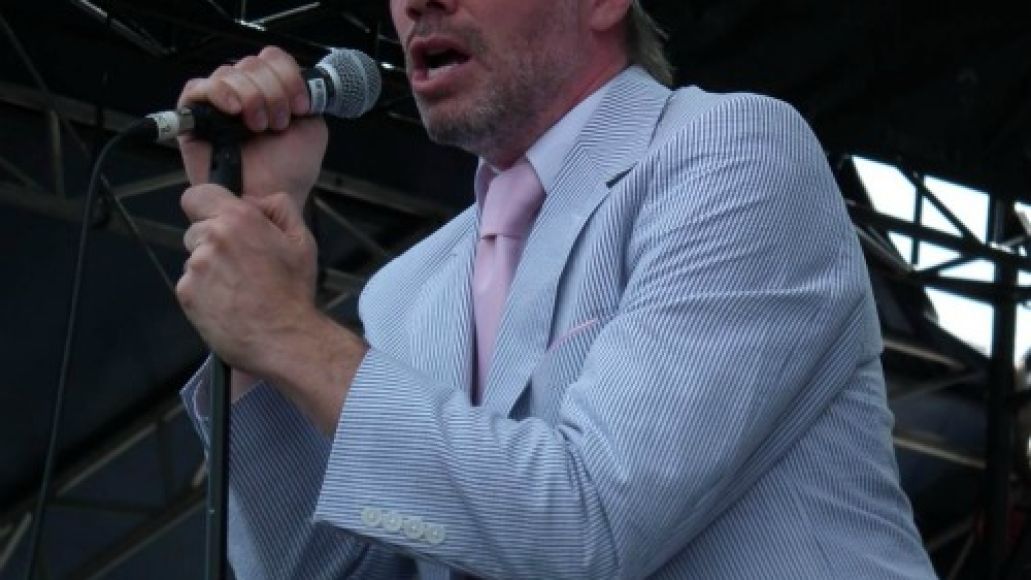 He may not exactly look the part, but the only way to adequately describe Buck 65 is by calling him a one-man hip hop machine. Not only does he MC, he’s his own DJ as well as dance crew, tweaking the turntable and busting out wicked and weird dance moves left, right, and center. Looking dapper in a light purple pinstripe suit and pink tie, complemented with a streetwise baseball cap, the man born Rich Terfry coolly and carefully delivers clear, well thought-out, and thoroughly entertaining lyrics. Unfortunately for him, the Canada Day crowd at Downsview Park wasn’t the most “rap-preciative,” although they did come alive somewhat for his hilarious “Zombie Delight,” off his latest album 20 Odd Years. FYI, he also hosts the afternoon “Drive” show on CBC Radio 2. 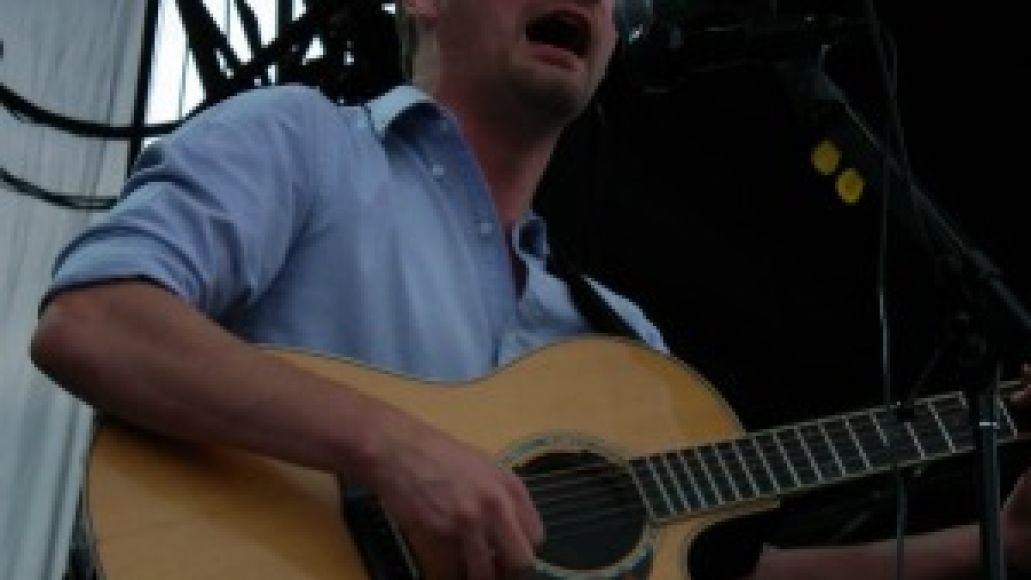 Canadians from coast to coast know that if you want to throw a great party, you can’t go wrong by inviting a Newfoundlander or two. Folks from the country’s easternmost province seem to share an intangible vivacity that can liven up a room. Or, in this case, an entire park! And that’s just what the six members of Hey Rosetta! did before they all flew back home as a group for bassist Josh Ward’s wedding. It wasn’t their salt of the earth-type personalities as much as their unique, St.John’s-meets-cosmopolitan indie sound as heard on songs like “There’s an Arc” and “Red Heart” that blew everyone away. Hey Rosetta! are carrying on Canada’s fine indie tradition of incorporating unconventional rock band instruments like violin and the cello to create critically acclaimed albums such as Seeds, which was recently long listed for the 2011 Polaris Music Prize. 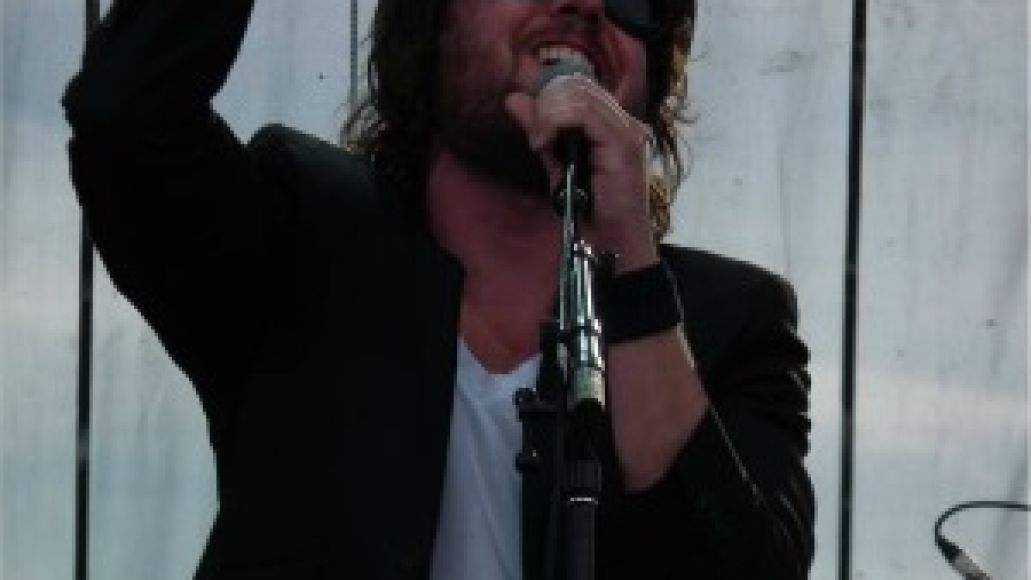 Even though it was a hometown show, and the band that preceded them looks up to them sonically, Broken Social Scene seemed weirdly out-of-place at Downsview Park. It was if BSS were told to dial things back a little so as not to outshine anyone else. I think I “only” counted eight members on stage as opposed to of the parade of accompanying singers and musicians that is commonplace at their star-studded events. The fact that they only played 11 songs also added to the scaled-down feeling, but Kevin Drew, Brendan Canning, and Co. made the most of the time they were given, wasting little of their set by diving into tracks from 2010’s masterful Forgiveness Rock Record like “Forced to Love” and “Texico Bitches”. One of the highlights of the entire day had to be when Buck 65 returned with his turntable to make a guest spot on a surprise cover of “Funky Boss” by the Beastie Boys! They even raised the eyebrows of the urban bohemians sojourning from Queen Street West by playing their cool version of Modest Mouse’s “The World at Large” before closing their set with a torrid rendering of instrumental gem “Meet Me in the Basement”. 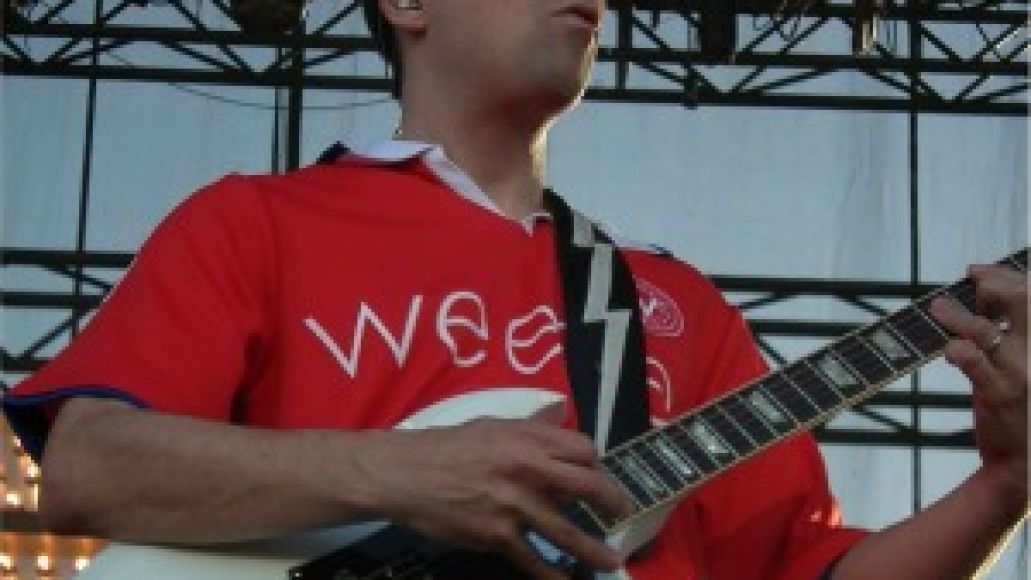 I’m still scratching my head as to why Weezer were on this ostensibly all-Canadian lineup, but by the time they hit the stage and soccer jersey-wearing Rivers Cuomo shouted, “Alright, let’s do this,” the majority the crowd was so far gone drinking-wise that they may as well have been from Siberia. The radio host who introduced them even joked about giving them “a drunken Canadian welcome.” To their credit, Weezer didn’t rock the boat and make anyone throw up any more than they already had, sticking to the songs people are most familiar with. We only got the four big Blue Album hits (“Undone”, “Say It Ain’t So”, “My Name Is Jonas”, and “Buddy Holly”), and nothing from Pinkerton, not even “El Scorcho”, but they did pull a rabbit of sorts out of their hat with their first-rate cover of Radiohead’s “Paranoid Android”, which they’ve only played a handful of times live. It should be noted that Cuomo looked like he could play midfield for Toronto FC the way he ran around Downsview Park. Admittedly, they sure could use his rawk energy! 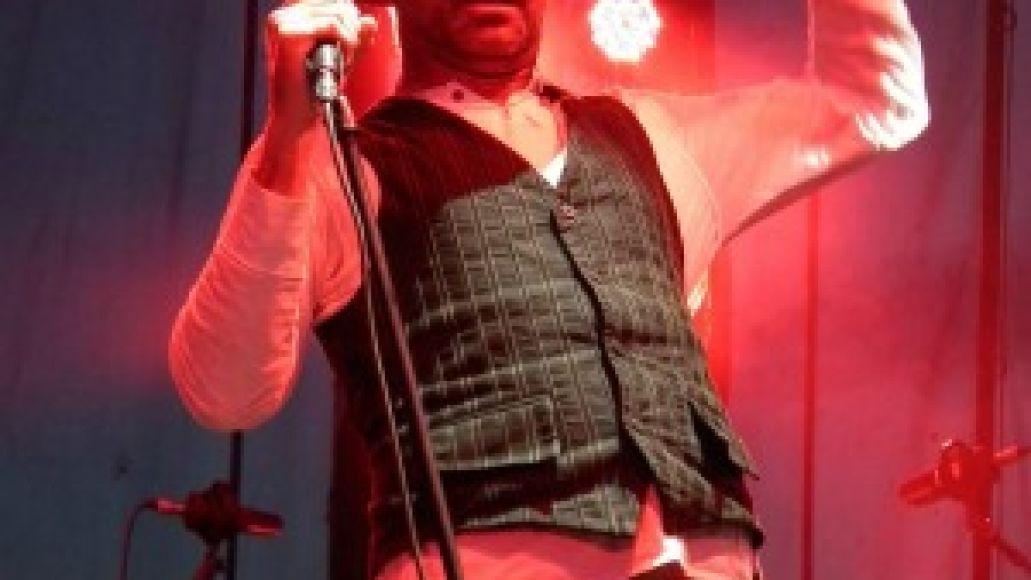 For more than 20 years, Canadians have been trying to explain The Tragically Hip to their counterparts south of the border. Without a doubt, The Hip are the biggest rock band our country has produced who have never really caught on in the States. But in Canada, they’ve pretty much been proclaimed as saints for a while now thanks to a string of outstanding albums in the ’90s, punctuated by chaotic performances that have approached mythological status. I don’t think I’m too far off in comparing them to Pearl Jam, another band whose best days are arguably in the past but who can still sell out a venue at the drop of a hat and put on a great show, creating an amazing, party-like atmosphere in the process. Think of The Hip as being like a big-time college football game: The music almost takes a backseat to the tailgating beforehand.

With his straw hat and handkerchief in hand, Gord Downie is as charismatic a frontman as they come, but as a live singer there are definitely times where he’d be better off letting his legion of Hip fans sing his songs for him. While he got progressively better during The Hip’s nearly two hour, 22-song Canada Day set, he was prone to rambling, and there was more than one occasion where his voice wasn’t in sync with the rest of the band. Much like Weezer before them, Downie and The Hip had a good idea of what the 25,000+ revelers huddled in Downsview Park wanted to hear, so they gave them a heavy dose of sing-along favo(u)rites, namely “Blow at High Dough”, “Poets”, “Bobcaygeon”, and “Wheat Kings”. As the 11 p.m. curfew approached and fireworks went off, the only other song that was audibly louder was our country’s national anthem being belched by groups of frat boys. Wouldn’t be a Canada Day without them!

Festival Review: CoS at Canada Day 2011