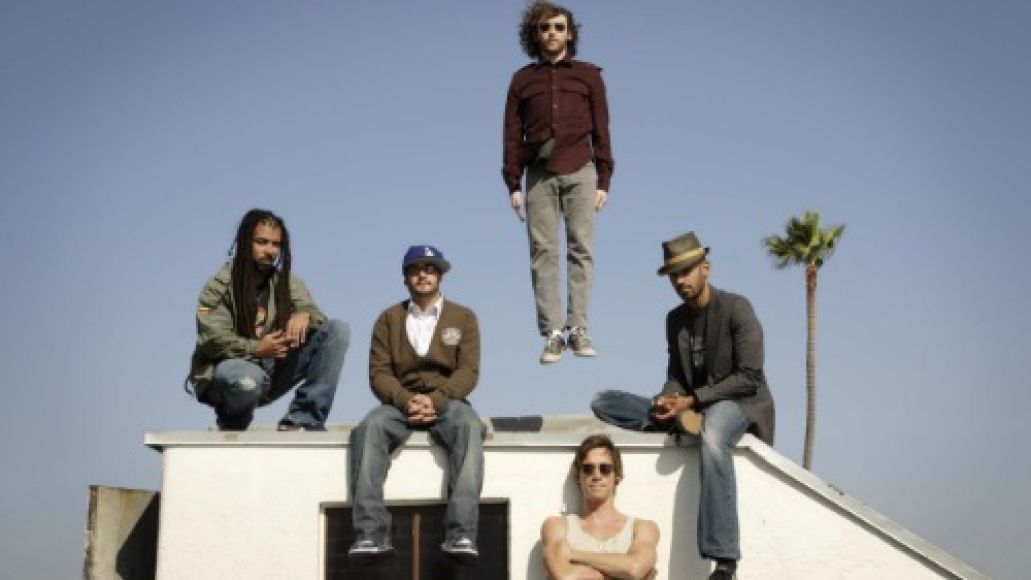 It’s not really news anymore: Incubus have returned to the road. For the past month and some change, they’ve been hitting the touring circuit, all in support of their latest LP, If Not Now, When?. Although a mixed bag of an effort, fans should still look forward to their raucous, energetic live sets, usually packed with tight, awe-inspiring instrumentation and a slew of nostalgic moments.

Naturally, you’ll witness cuts like “Wish You Were Here”, “Drive”, and “Megalomaniac”, but what about some rarities? How about a few older favorites? With seven albums in the trunk, there’s always room for a surprise. So far in the tour, we’ve seen an eclectic mix – some that even made this list – but still, the odds aren’t usually in your favor. Nevertheless, here are 10 solid tracks that could make any Incubus gig that much better. With months left in their itinerary, you just never know…

This is one of the more overlooked songs off 2004’s A Crow Left of the Murder…, and quite possibly the most single worthy. This track often gets pushed aside because of the likeness it has to “Talk Shows on Mute”. However, it’s quite fitting, especially for today, as it’s sort of a prelude to the Incubus we see and hear presently. When Brandon Boyd coos, “You’re an exception to the rule/a bona fide rarity,” in the chorus, let’s hope it’s a hidden statement that will ring true on tour. Yeah, this rare track is about due.

The jazzy, old track from 1997 features an extravagant saxophone solo, and the arrangement really gives every member in the band a chance to show off. The low and slow groove of the bass line could vibrate seats in amphitheaters. Also, Boyd shows off his impeccable range has he keeps it low octave until an explosive chorus. It’s a perfect song for a summer sing along.

Believe it or not, but Incubus once dabbled in the funk/rock/rap/nu metal scene. In fact, they were pretty highly influenced by the bands of that time. So born was “Hilikus”, a track that has everything: a funky beat, a sweet flow, and Boyd’s best attempts at getting angry, as he puts on his best metal face. It’s a track probably all hardcore fans love, but lost on casual fans. However, it has enough power to bring both ends of the spectrum together to see an older side of the band.

Along the same lines as “Hilikus”, this funk metal track has a tremendous liking to the more energetic Red Hot Chili Peppers of One Hot Minute. It was also featured on the band’s first major label EP, Enjoy Incubus. In other words, it’s a great, nostalgic track that provides more insight on to where they came from. Face it, Incubus has evolved tremendously and they have songs in so many different genres that it’s important for them to not forget these lesser known tunes. They have nothing to prove anymore in trying to win fans over; it’s time to reconnect with their roots.

The bright spot on the mediocre Light Grenades is a truly beautiful song that can tug at the heart and then hit you like a punch to the face. It’s the perfect blend of Incubus; great melody, sweet lyrics, and pure rock. Enough said.

The hard rocker with one of the bands most memorable opening lines “To resist is to piss in the wind/anyone who does will end up smelling.” This is the band at its best, which is pure rock. The boys can let completely loose on stage as this song is capable of getting anyone in the crowd moving. The repetition of “resist and multiply” is enough to provide chills through an audience. The good news is that fans in Los Angeles were recently treated to this cut. How about the other 49 states, guys?

The main question here might be “Why?” The only real answer to that question is “Why not?” This completely out there and off color bonus track is the band’s most eccentric song and that’s saying something. This true stoner’s anthem could be an interesting intro for the band to walk out too and therefore not have to perform it, but the beat itself is enough to get the crowd bouncing. Fans love to see their favorite bands step out of their shell a little bit. Incubus has been doing that a lot lately, so why not?

Those fans in Los Angeles should be pretty stoked, as they heard this last month. But, the band has yet to perform it again. What a shame, too. This slow picking acoustic tune provides a real tender moment in any set. Arguably, the darkest track from Morning View, it’s a great opportunity to strip everything down and just let Boyd and guitarist Mike Einziger do their thing. The band has showcased its softer side on their new album If Not Now, When?, so it’s not far-fetched to see them go back and dig up some of their more mellow tracks like this. Just, um, pick this one, boys.

When you have a ton of chart topping singles, it’s hard to throw them all into a set without appearing like you are just parading around your greatest hits. However, “Warning” is a successful single that doesn’t get as much time allocated to it as it should. (You’ll really hate Los Angeles now. They just heard it, too. What gives, Boyd?!) Immensely popular with the casual fans of the band, it’s also one that’s tolerated by the more hardcore fanatics, as well. So, why don’t they play it more often? Perhaps the band struggles with it. Sometimes a song can sound perfect on an album, and just not really work when it’s delivered in front of thousands of people. If that’s the case of “Warning”, they need to find a way to make it work – or, you know, play it for others outside Los Angeles. Right?

Here’s Brandon Boyd and Co. at their finest. The title track from their break out album ties the entire experience of that 1999 disc all together. You can feel the aggression and tension build as the songs progresses until it explodes with Boyd howling “If you let them fuck you, there will be no foreplay” only to be followed a few moments later by a never redundant “fuck me in my own way” freak out/rock session. The band gets so into this track when performed live and although rare tracks are often served up once in a blue moon, this of all the aforementioned songs, should be a live staple. They’ve only played this once so far on the tour – surprise, surprise: Los Angeles – so let’s hope it continues to surface.

Lemme Get an Encore: Incubus