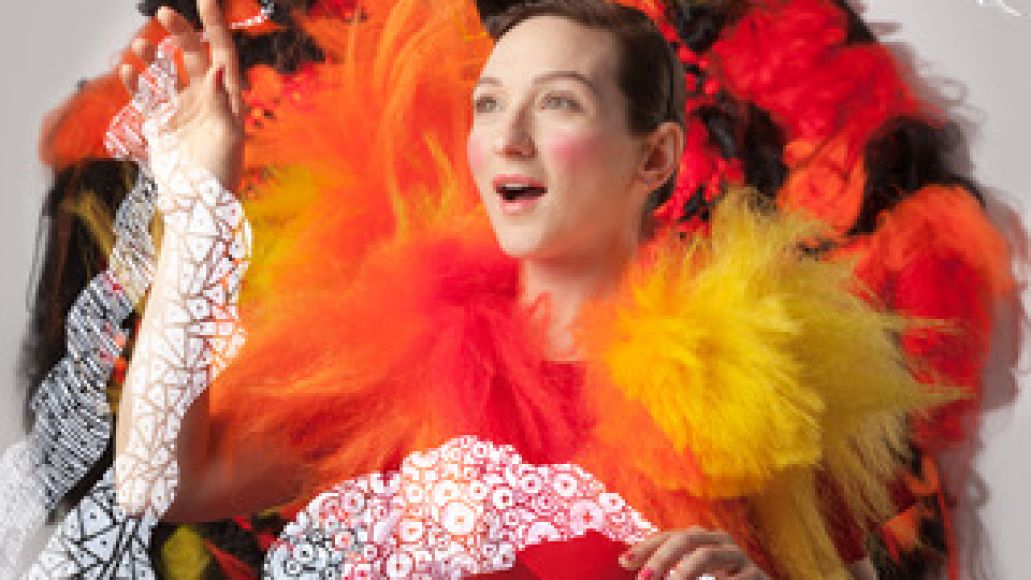 With My Brightest Diamond, Shara Worden, former Awry frontwoman and Sufjan Stevens backup vocalist, makes complicated, often experimental chamber pop. Between two previous LPs, Worden’s built up an M.O. of pushing all boundaries. Now, that hyper-introspective tendency takes a rocket ship to the moon with her third LP, All Things Will Unwind, which arrives on October 18th via Asthmatic Kitty (her former employer’s label).

With the collection of 11 tracks, Worden attempts to craft songs about “class differences, the complexity of the atom, the beginning and end of time, and the experience of becoming a mother”, according to press for the album (her son, the awesomely-named Constantine Jamesson Worden, was born in July 2010).  This subject matter is then integrated into a sound that balances and infuses influences from Roberta Flack to Tom Waits to Edith Piaf. After returning to her native Detroit, Worden has added more of a folk sheen to her repertoire and tackles the song’s vast concepts with a level of simplicity “as heard through the mesmerizing lullaby of a new mother.”

The first taste of the album, “Reaching Through to the Other Side” is available below; it’s a sparse yet beautiful ode to something other worldly. Along with the track, make sure to peep the album art above, which was done by visual artist Shoplifter (who has also made pieces for BjÃ¶rk and Nico Muhly).

My Brightest Diamond – “Reaching Through to the Other Side”

My Brightest Diamond announces third album: All Things Will Unwind