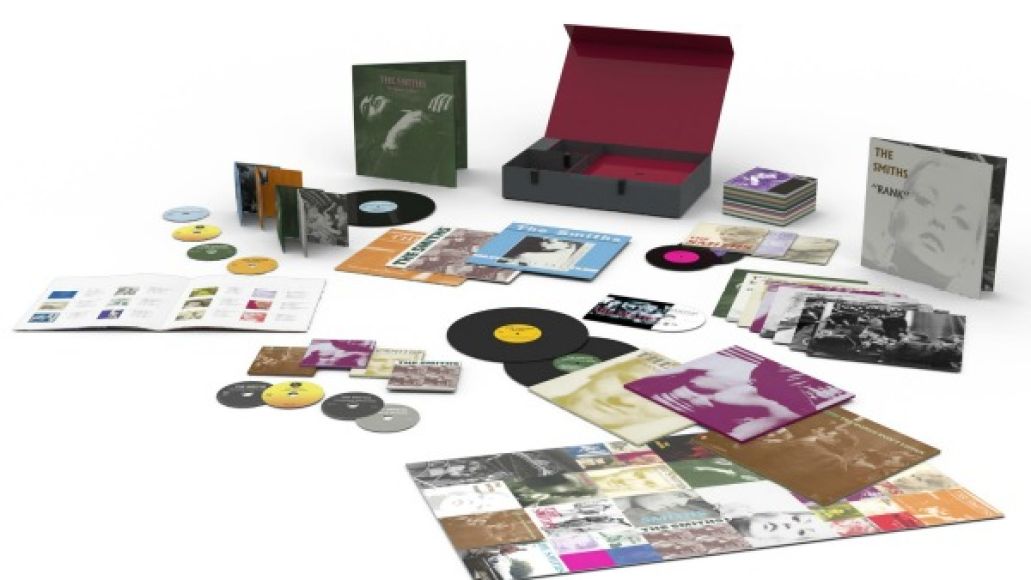 In an effort to bankrupt every fan of The Smiths, Rhino Records UK has put together the ultimate box set for completists, vinyl enthusiasts, and, well, any self-respecting music fan (via Slicing Up Eyeballs). Titled The Smiths – Complete, the forthcoming package features remastered editions of The Smiths’ eight albums, both on CD and 180-gram audiophile vinyl, in addition to all 25 of the group’s singles on individual 7″. They also decided to throw in some prints, a few posters, and a DVD of the group’s music videos. It’s all for you come October 3rd.

Need the specifics? Consult the list below. If you’re sold, place your orders over at Rhino UK.