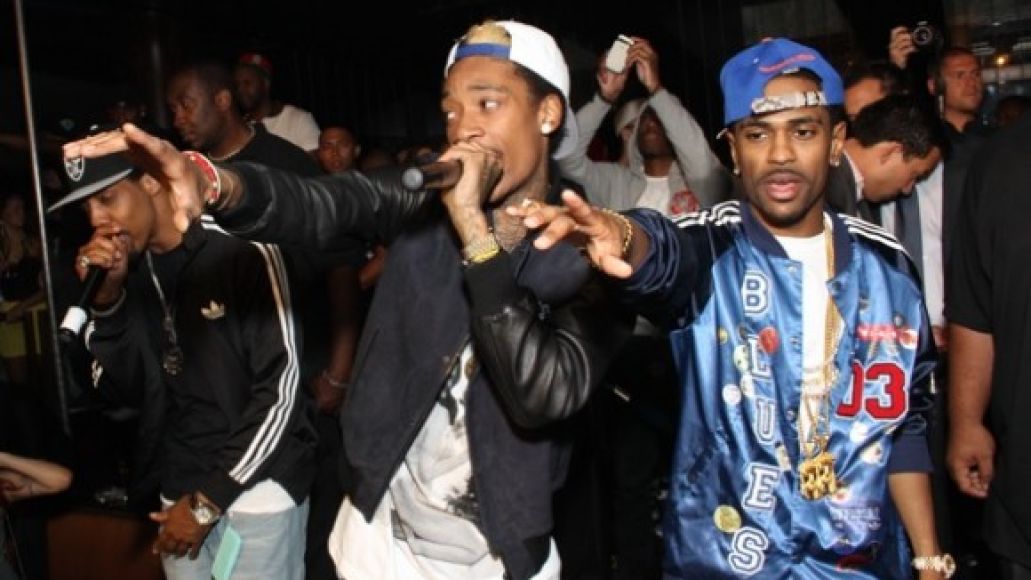 The rap world might be all aflutter with collabos between Pusha T and Tyler, The Creator and Kanye West and Jay-Z, but there’s another pairing of rappers, this time a trio of up and comers, who have entered the studio together to spin gold. In the last 48 hours, Big Sean, Wiz Khalifa, and Curren$y have dropped two tracks, “O.T.T.R. (Off To The Races)” and “Flowers”, both of which appear to be the first offerings from a mystery mixtape between the three MCs (a project which Big Sean announced in a interview back in June). The outing makes sense, especially considering that Khalifa and Big Sean are currently on tour together and Khalifa and Curren$y have also previously dropped a mixtape together. To be honest though, it all just probably stems from a shared love affair with Mary Jane.

Check out the two cuts below, via Miss Info.