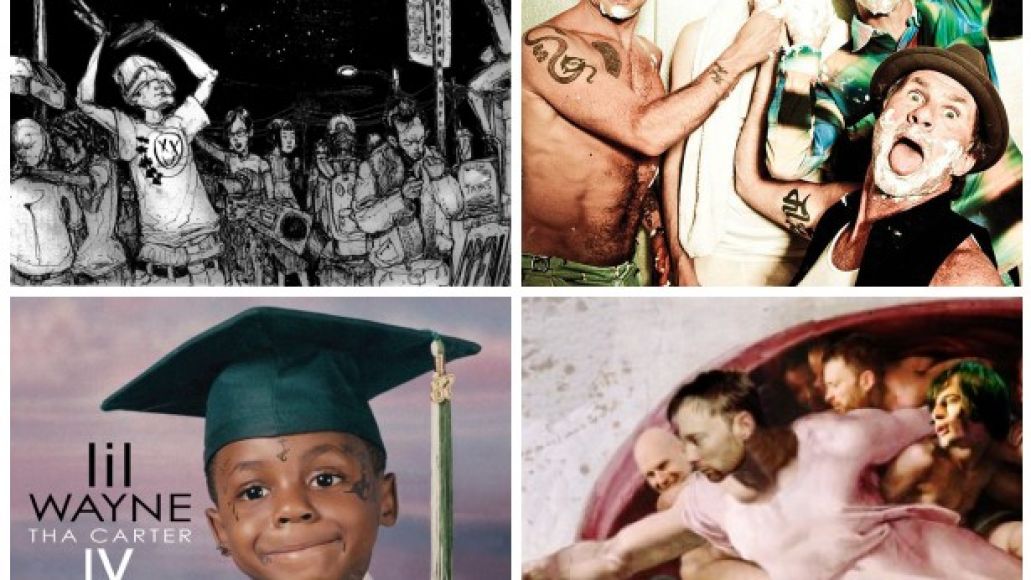 While some of you were getting your chill waves on scorching in Chi-city (expect our complete report in the coming hours), new singles from Blink-182 and Red Hot Chili Peppers were leaking, Rilo Kiley were announcing their demise, and we were writing more stories about Radiohead than there are suitable replacements for the word “blow job.” Confused? Well, the post-Pitchfork Music Festival recap is yours to check out below:

— Rilo Kiley are still broken up.

— The Black Keys are already done with their next album.

— James Murphy and Reggie Watts could be teaming up for a new single.

— Inspired by their recent work with Clive Deamer, we detailed Radiohead‘s collaborative history.

— Check out Blink-182′s first song in a half decade, “Up All Night”. It’s off their new album Neighborhoods.

— Also check out “The Adventures of Rain Dance Maggie”, the first single from Red Hot Chili Peppers’ 10th LP I’m With You.