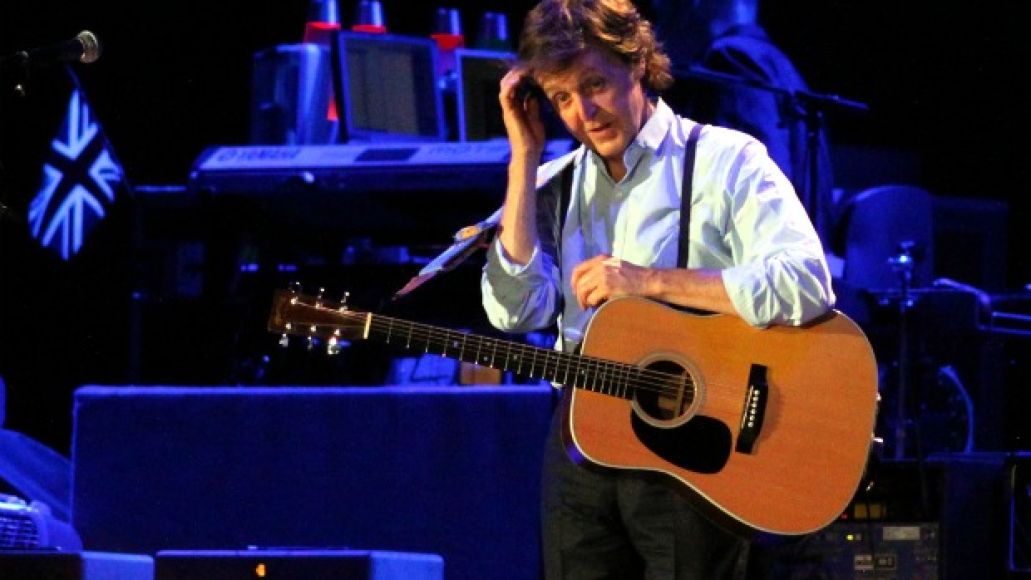 Chew on this: The Beatles were once denied. Yes, some 50 years ago, Decca Records turned down The Fab Four. But you’ve probably heard this before; after all, some rank this tale as one of the stupidest business decisions in history, right alongside Mars Candy’s brilliant move to opt out of Steven Spielberg’s now iconic, E.T. – you know, the reason Reese’s Pieces are a popular alternative today? Sigh, you’ve got to love hindsight.

Apparently, Sir Paul McCartney does, but he’s rather forgiving, as he’s decided to give the label a second chance. According to Rolling Stone, the former Beatle has signed on to Decca, which will release his forthcoming ballet score, Ocean’s Kingdom, set for an October 3rd release in the UK. Update: McCartney will release Ocean’s Kingdom in the U.S. on October 4th via his imprint Hear Music. The actual premiere of the ballet will take place at NYCB’s Fall Gala on September 22nd.

Okay, so they don’t get A Hard Day’s Night, but it’s a start.