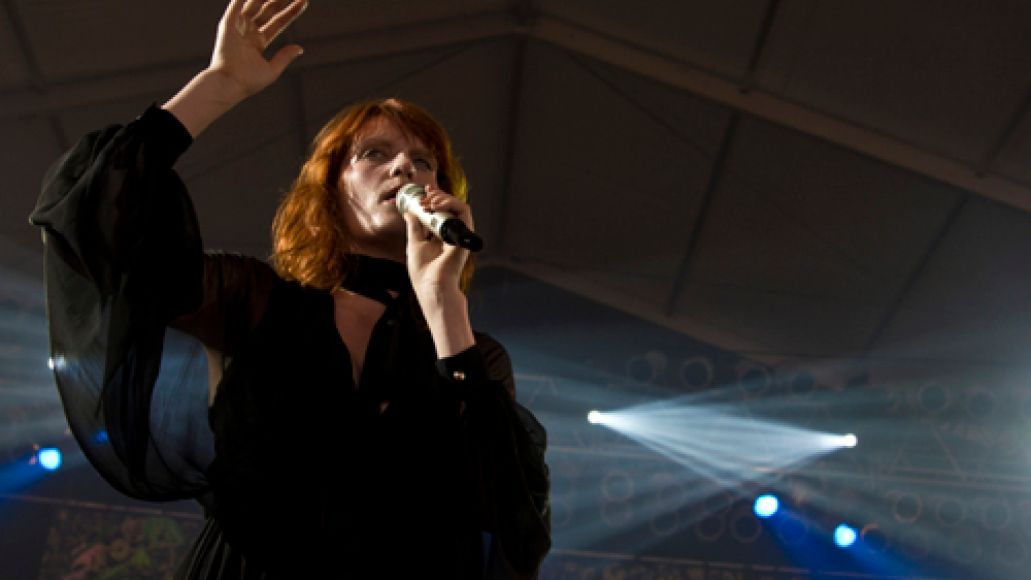 Florence and the Machine are ready to follow up their massive debut LP Lungs. According to Pitchfork, the as-yet-untitled LP will be released on November 7th in the UK via Island, with a U.S. release coming sometime in that month via Universal Republic. Paul Epworth, who collaborated with the band on Lungs tracks like “Cosmic Love” and “Blinding”, served as the new album’s producer.

Below, you can find our taste in the album track titled “What The Water Gave Me”. Set to a behind-the-scenes video that tears away the layers behind the creative process, frontwoman Florence Welch unveils a sneak peek that is as haunting and wraith-like as a modern-day Steveie Nicks, but with a far more sparse, yet lush sound.

Check Out: Florence & the Machine - "What The Water Gave Me"