Outside Lands 2011 goes down nine days from now at San Francisco’s Golden Gate Park. That doesn’t leave much time to piece together a schedule, so you better get going. Like, now.

Day one, Friday August 12th, sees Phish getting a mammoth three-and-a-half hour set to close the day. Needless to say, a few acts, and rather awesome ones at that, are playing opposite the legendary jam band, including The Shins, Big Audio Dynamite, Erykah Badu, Best Coast, and Big Boi. Before that, you’ll have to choose between Toro Y Moi and Foster the People and Ellie Goulding and MGMT. So good luck with all that.

On day two, Arctic Monkeys, The Black Keys, and Muse offers back-to-back-to-back mind-scrapping fun on the Lands End (main) stage. Over at the Twin Peaks stage, Sia plays into The Roots, who opens for Girl Talk.  Plant yourself at either, or bring along a pair of Nikes.

Arcade Fire and Deadmau5 close out the festival’s fine day. Before then, The Decemberist and STS9 battle it out. John Fogerty and Major Lazer do too, though we can’t imagine there being much of an overlapping fanbase for guys thrusting off ladders and ol’ school Americana. Hey, at least Beirut are by themselves.

Check out the complete schedule here, or below. Three-day and VIP tickets remain available. You can win tickets, too. 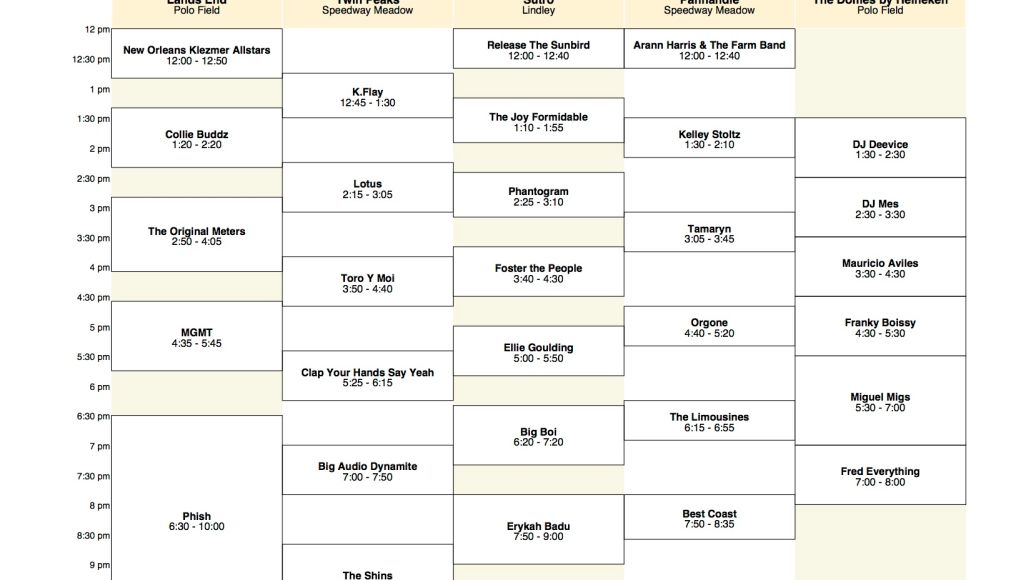 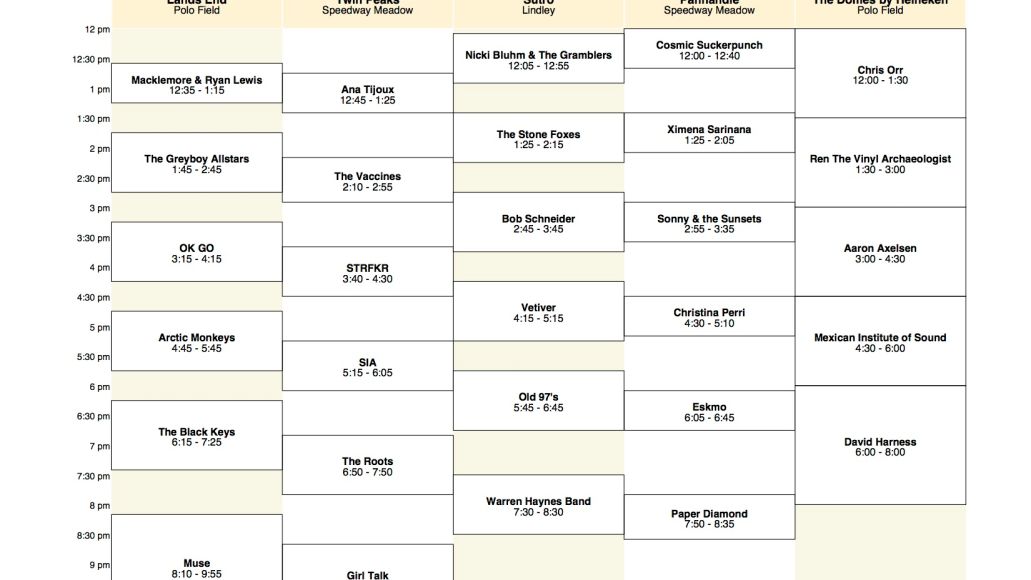 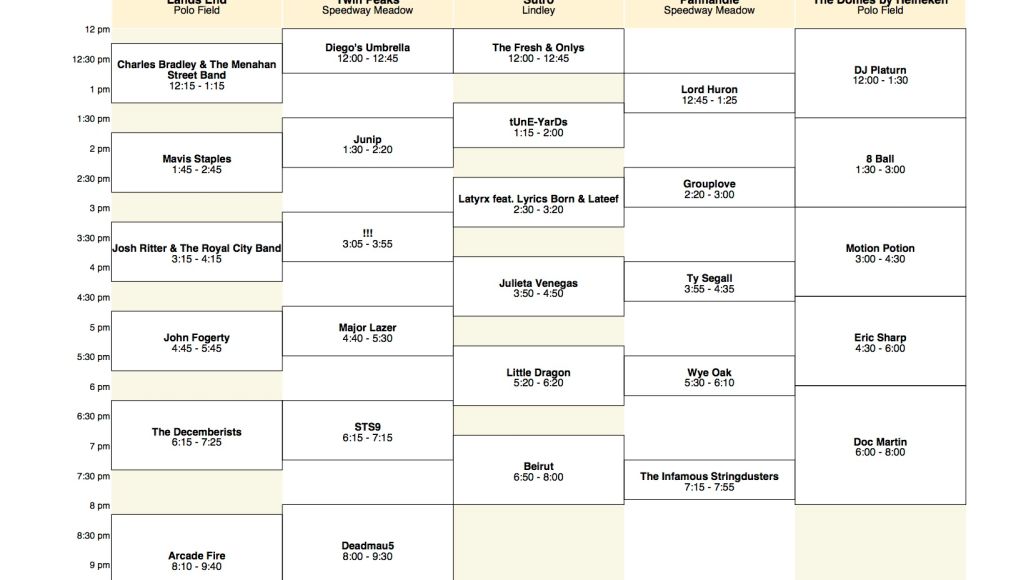