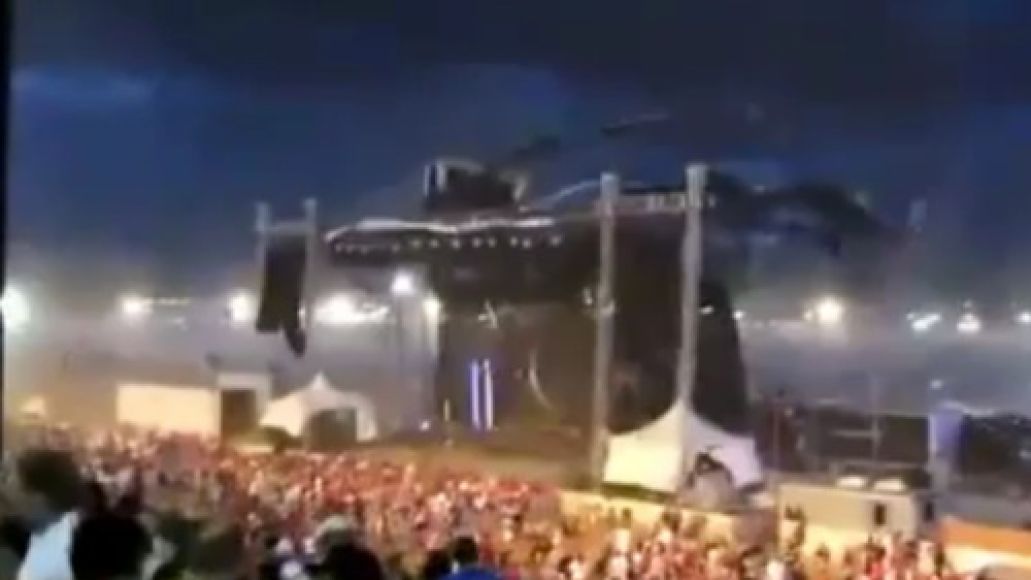 A stage which collapsed prior to Sugarland’s performance at the Indiana State Fair last night killed five people and injured dozens more, reports the Associated Press. According to witnesses, a large gust of wind caused the stage to collapse, sending steel scaffolding, lighting, and sound equipment into the audience. Video footage of the collapse can be seen here (warning: it’s extremely graphic.)

The tragedy comes less than a month after separate stage collapses at Cheap Trick and Flaming Lips concerts. Fortunately, no one was seriously injured in either incident.