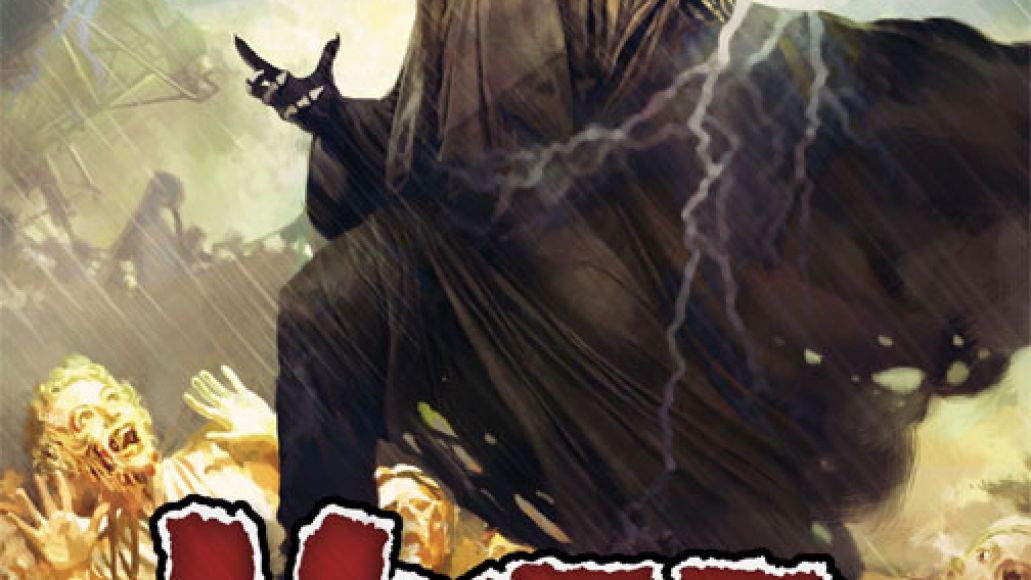 After disbanding in 1983, the two lynchpins of The Misfits, Jerry Only and Glenn Danzig, went on very different paths. Danzig built his own solo career, one still going strong today. Only, on the other hand, has spent his career attempting to recreate the success of the horror punk icons, putting together new lineups and dropping a slew of releases. With the last new Misfits outing being a 2009 North American tour, Only is bringing out the dead once more this October for The Devil’s Rain.

The follow-up to 2003 covers album Project 1950, The Devil’s Rain will be the first album under the current line-up of Only, Black Flag’s Dez Cadena (who has been a Misfit since 2001), and the recent addition of drummer Eric “Goat” Arce (Murphy’s Law), who is now known as Eric “Chupacabra” Arce. Produced by Ed Stasium (The Ramones’ Road to Ruin and The Misfits’ 1999 effort Famous Monsters), the record promises to be a return to the monster movie and sci-fi themes the band are famous for. The trio also decided to re-record both of their 2009 singles, “Land of the Dead” and “Twilight of the Dead”, for the album; check out the original version of “Land of the Dead” from the 2005-2010 lineup of Only, Cadena, and drummer Robo below.

Along with the new album, the band will be hitting the road for a lengthy U.S. tour that kicks off September 23rd in Pittsburgh, PA and winds down on November 20th in Pensacola, FL. After checking out “Land of the Dead”, scroll further down to peep the album’s tracklist and the entire tour schedule.

The Devil’s Rain is in stores October 4th via Misfits Records.

Misfits – “Land of the Dead”

The Misfits return with first album in eight years: The Devil's Rain