This Lollapalooza come down is rough. That whole festival is a sensory overload, and if you’re an introvert like yours truly, it can bring out some serious anxieties probably worthy of medication, though beer usually does the trick. One time over the weekend, I had to swim upstream through a sea of people to get to the other side of the fest and I had a full-panic attack and almost threw everyone into the Buckingham Fountain and then ran off into the distance. It’s good to be back in the land of singular songs that aren’t shirtless and asking me if I can “hook me and my girl up with some caps.” El-P is back, Warpaint is back, with John Fruscante of all people, and the world seems to be finally spinning a tad slower, but just as loud. Always loud. Always good.  -Jeremy D. Larson

Bear Ceuse – “I Saw It Beating” 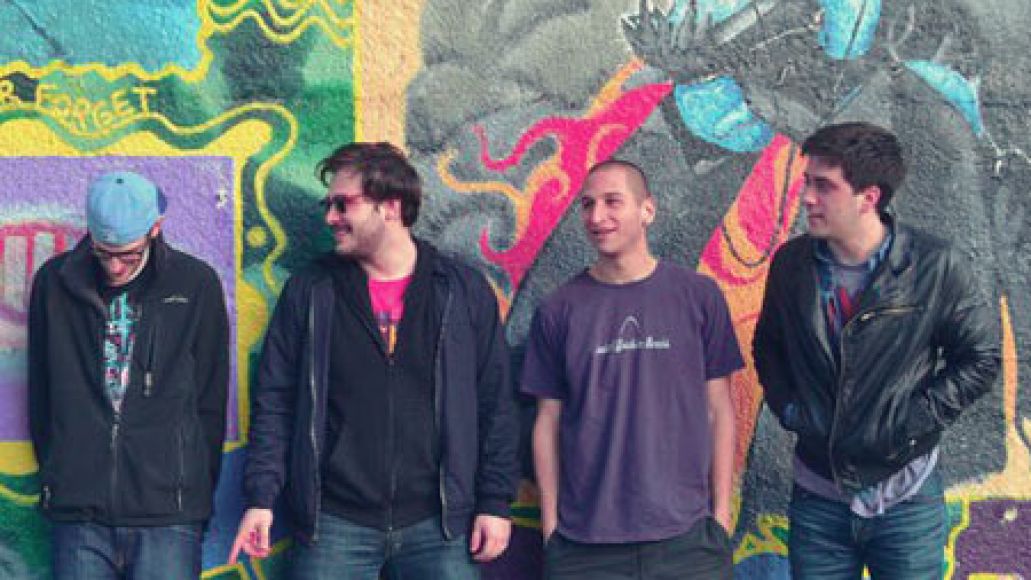 Bear Ceuse is drinking the same water as everyone at Merge Records because that shit tastes real good. Perhaps if Thurston Moore and Ryan Adams worked on a project together in the 90’s, there would be no need for this Brooklyn band but since that never happened, Bear Ceuse picks up where that (my) dream left off. The four-piece capitalize on hook-ass hooks, guitar chords stacked to the 13ths, and everything in between, all piled over a skate-or-slack rhythm that lands right in that sweet spot between warm nostalgia and excitement. Look for their full length LP Don Domestique out later this fall.

Technically this track’s been out for a little over a month, but if you haven’t heard it, it’s worth a listen. Re-released this week as a free download, Com Truise‘s “Ether Drift” is a dreamy synth-pop number straight out of a John Hughes film – possibly in the film’s critical turning point. If there’s a better fit for a tourmate for Neon Indian, we’d love to see them. Truly a match made in heaven. –Winston Robbins 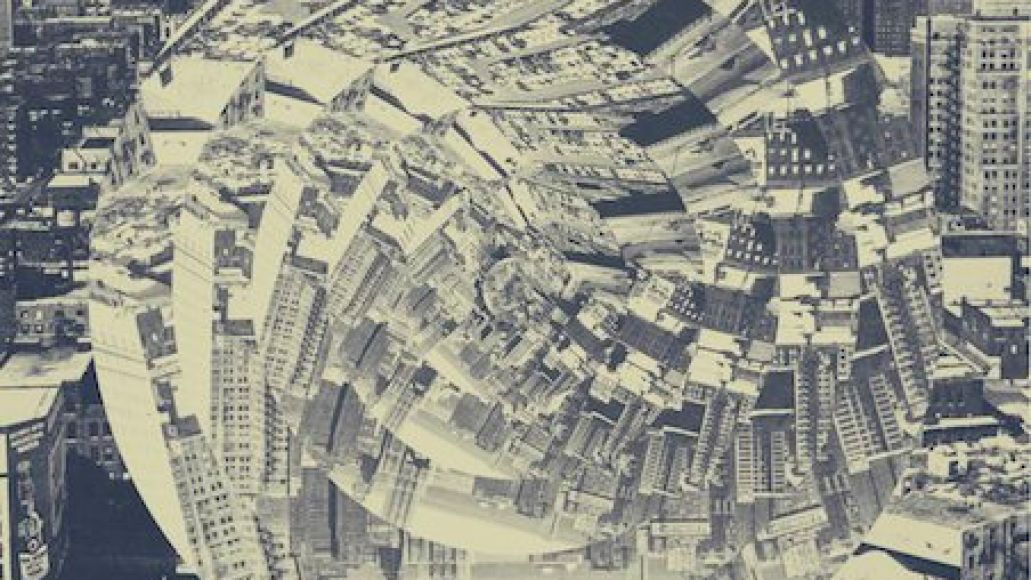 Creamteam.tv puts it well: Juke music is the grandchild of Chicago house, the son of Ghetto house. DJ Diamond (24-year-old Karlis Griffin from the West Side of Chicago) traffics in juke styles of sample repetition and stretched out tension that’s long enough to not expect a “sick drop” and to just move to it. This is the second track from the album, this is the first, and you can pick up the rest from Planet Mu. Do all of those things if you want some more style in your life. -Jeremy D. Larson

Ducktails – “Sit Around With Ya” 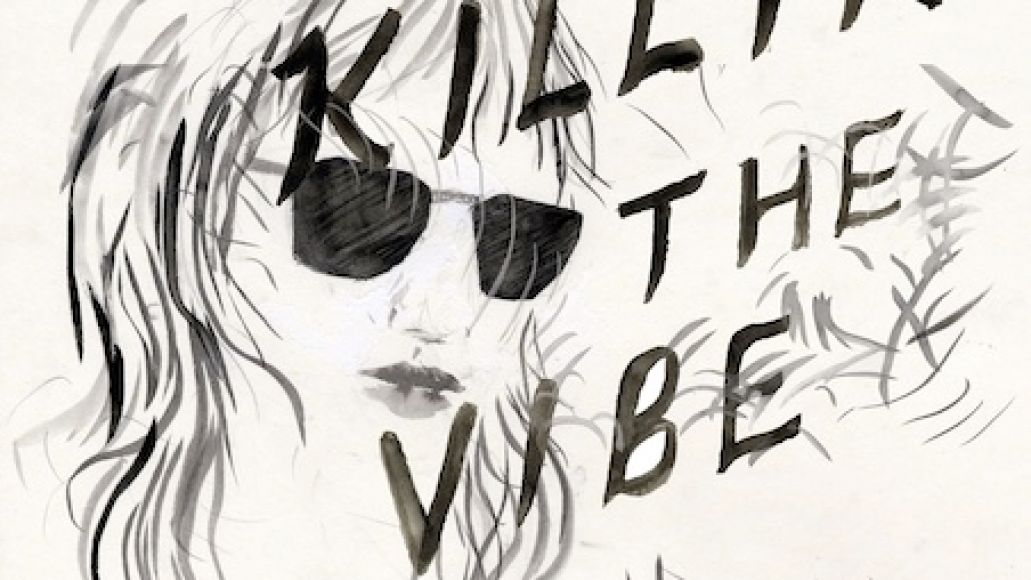 The ultimate chill song: A song so chill that its subject is about chilling, albeit with someone else. Three chords go a long way with Real Estate guitarist Matthew Mondanile. “Just be on my side,” he barely ekes out as part of an ode to a fellow chillaxer. That’s the line that got me. -Jeremy D. Larson

Ducktails – “Sit Around With Ya” 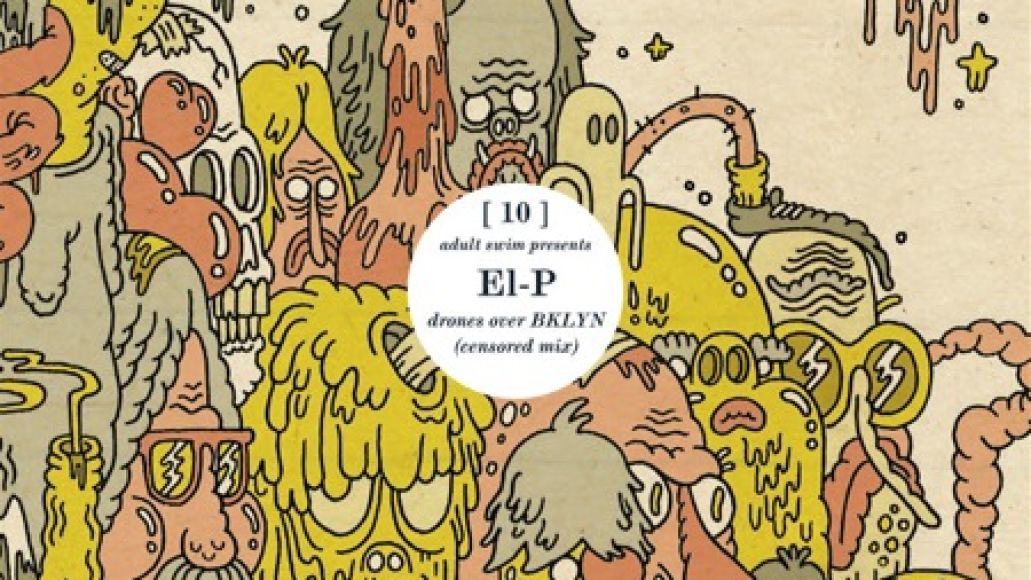 Company Flow is reuniting and El-P dropped a new track after four years of radio silence. Someone up there is listening. Speaking of radio, this track comes ready (for some reason or another) for the FCC with the censored version which flexes that Beastie Boys’ “The New Style” horn sample a heck of a lot of times. “It sucks to be nothin/no one struts when they’re down on their knees” he laments in one of the many lines on fire with internal rhymes. The half-time space-rock jam reaches its peak, ends, and El-P knowingly brings it right back in a somewhat comical, mostly sick moment. -Jeremy D. Larson 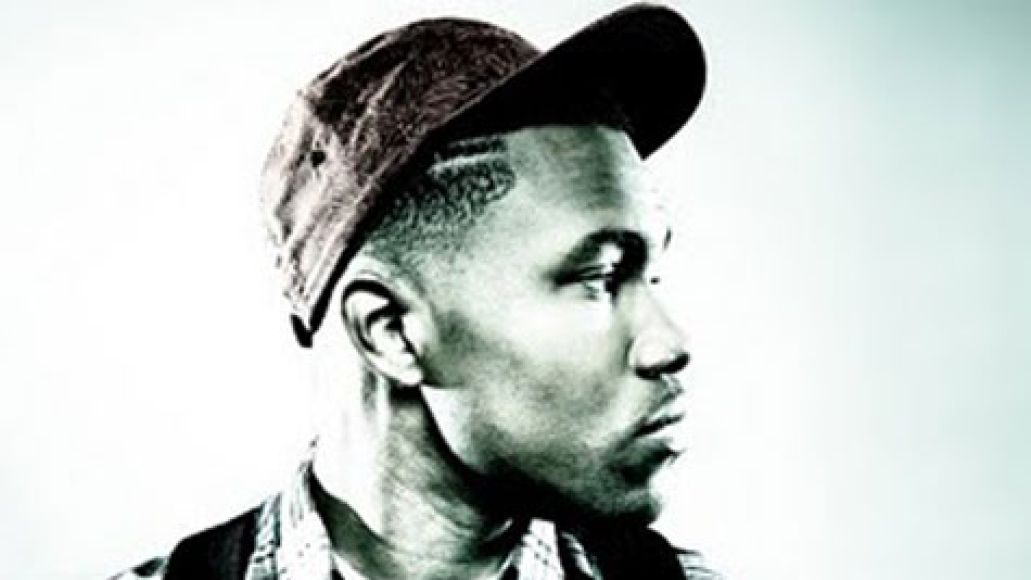 Trending lately: Frank Ocean, and with good reason. Not only is he responsible for two of the tracks from the towering tyrant that is Watch The Throne, but he just keeps dropping great songs. This time it’s in the form of “Best Seller”. In it, Ocean croons beautifully (is he capable of anything less?) over the woes of trying to make his work a “Best Seller”. Trust me, Mr. Ocean, if you keep dropping tracks like these, you’ll always be a best seller. (Writer’s note: My favorite part is when he makes his voice sound like a female robot and says “R&Bexclusive.com”… Apologies for r&bexclusive.com’s audio tagging, it seems to be the only version of the song on the web at the moment. Trust me, it’s worth ignoring to get to the goods.) –Winston Robbins

On “Drop the Act”, Ganglians take their turn in the spotlight of the sun-bleached sound that has been so rampant lately. What makes them intriguing is that they incorporate the pop sensibility and brightness of Brian Wilson’s Smile, but also go where no surf- pop band has gone before: over three minutes. –Winston Robbins 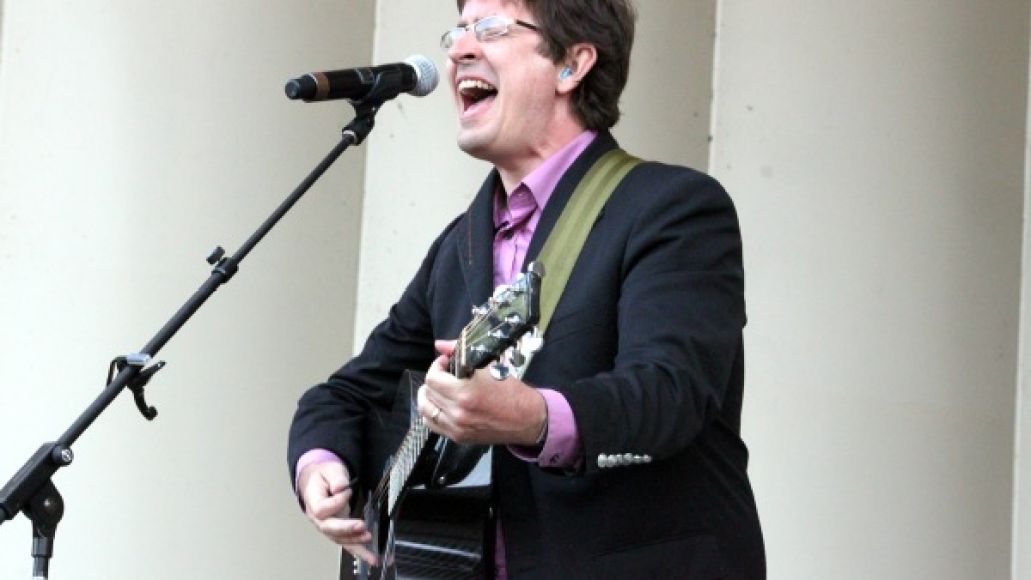 Can we just dwell in the past for a second with a live track from last weekend? What. A. Festival. Lollapalooza 2011 was packed with savory moments. This particular moment with The Mountain Goats was completely out of left field and completely stunning. I still can’t tell whether it’s supposed to be tongue-in-cheek or if it’s a legitimate dedication. You can be the judge. But either way, it’s a superb listen, and a great way to re-live Lolla. –Winston Robbins 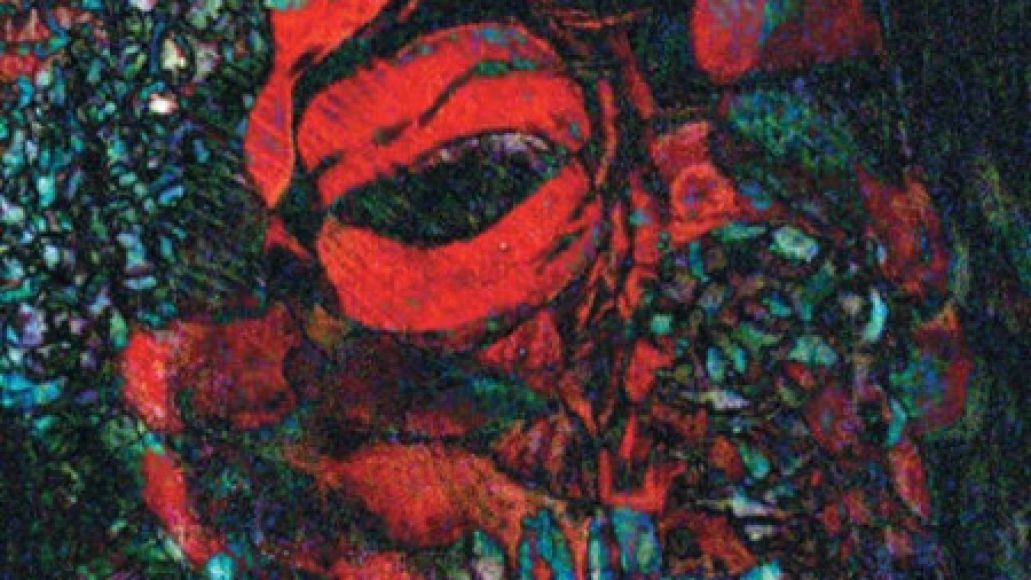 Before now, it was a bit of a head trip to try to connect the Red Hot Chili Peppers to Warpaint. But, surprise, surprise: John Fruscante offers his touch behind the knobs for this slow burner in preparation for the re-release of Warpaint’s debut LP, The Fool. The ladies actually get more lush on this remix if you can believe it. -Jeremy D. Larson 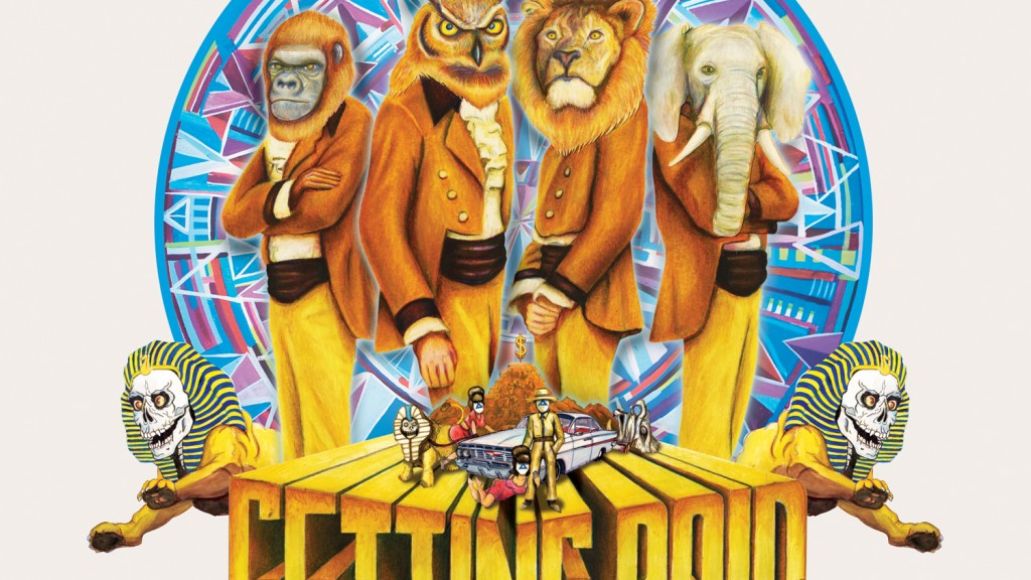 If we’re talkin psych-rock, it doesn’t get much more divisive than Marcel and Marfred Rodriguez-Lopez. There are those who believe prog doesn’t belong in their psych cereal, and that the sound should get soggy and mushy as opposed to crackle and pop. Man, fuck those people, but seriously the brothers Rodriguez-Lopez in Zechs Marquise deliver to all sides of the psychedelic spectrum with this new one from their forthcoming sophomore album Getting Paid (notable artwork above). The restraint pounding underneath the track isn’t comfortable, but it’s really effective. -Jeremy D. Larson