So, we’ll be perfectly forthright with you: It’s a straight cut down the middle this week of tracks eligible for download and tracks only available for stream. In the early days of this feature, we took the advice of the readers and made sure that most of our mp3s were downloadable. But some weeks we’re faced with the insurmountable question, “Do we give them ‘meh’ tracks they can download? Or great tracks they can stream?” It’s a bonus when we can get you a quality download and not even have to worry about any of this, but the latter option is obviously necessary at times. For instance, if we were to go this week without mentioning Feist, we’d be doing everyone that reads a disservice. Same goes for the rest of the streams. It’s a quality over quantity issue, when viewed in the right light, and this week we went with quality, because there was plenty of it. But that in no way means we’ve completely forgotten the valued opinions of our readers. Bear with a couple great streams, and we’ll keep cranking out the good tunes as fast our combined twenty fingers can muster. -Winston Robbins 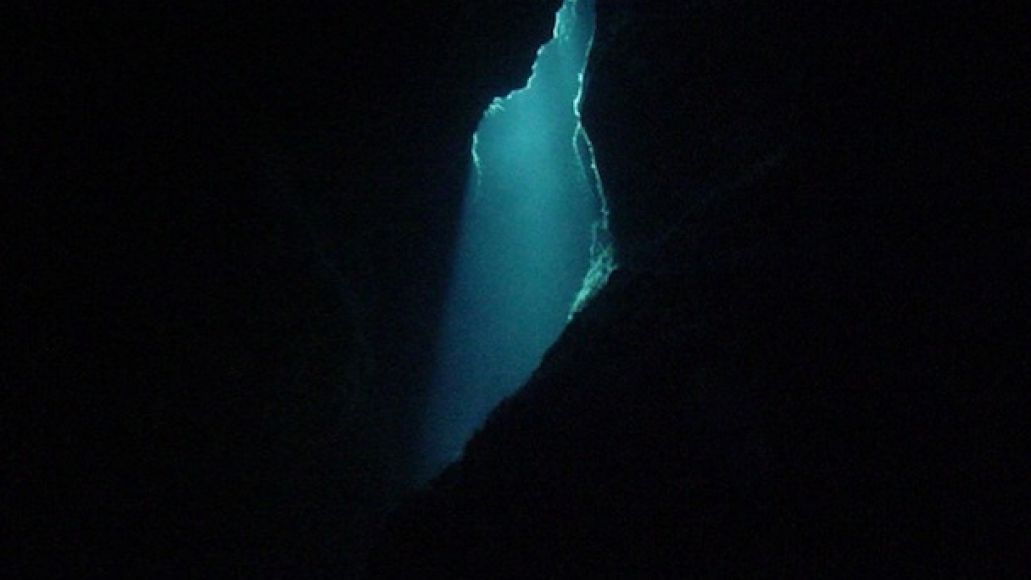 Balam Acab is new to my ears, but that’s sometimes the greatest gift the music gods can bestow upon you. This is bassheavy IDM at its finest. The playful melody dabbles in bliss while the dark bass acts as the undertow. Just look at the soundcloud parameters, that is a work of art in and of itself. –Winston Robbins

CANT just gets stranger and stranger, but in a good way. What we expected from Grizzly Bear man Chris Taylor is not what we’re getting at all, but it’s a welcome surprise. He mixes his harmonic ability with his apparent taste for downtempo electronic music. What starts out as prospective Frank Ocean track quickly turns into a bass (guitar, mind you) driven song with his very unappreciated voice (which is mainly used as another layer in the onion that is a Grizzly Bear song) rightfully behind the wheel. -Winston Robbins

Two albums in one year and it looks like Cass McCombs may have another ace up his sleeve. McCombs makes it easy to saddle up for a six minute folk rock song, even while approaching the well worn dichotomy of “love” and “pain” (to which he presupposes they are indeed “The Same Thing”). The krautrock rhythm and his throwback folk melodies voice excuses the length of the tune, which is just long enough to slip into the simpler times that McCombs relishes. -Jeremy D. Larson

Feist – “How Come You Never Go There” 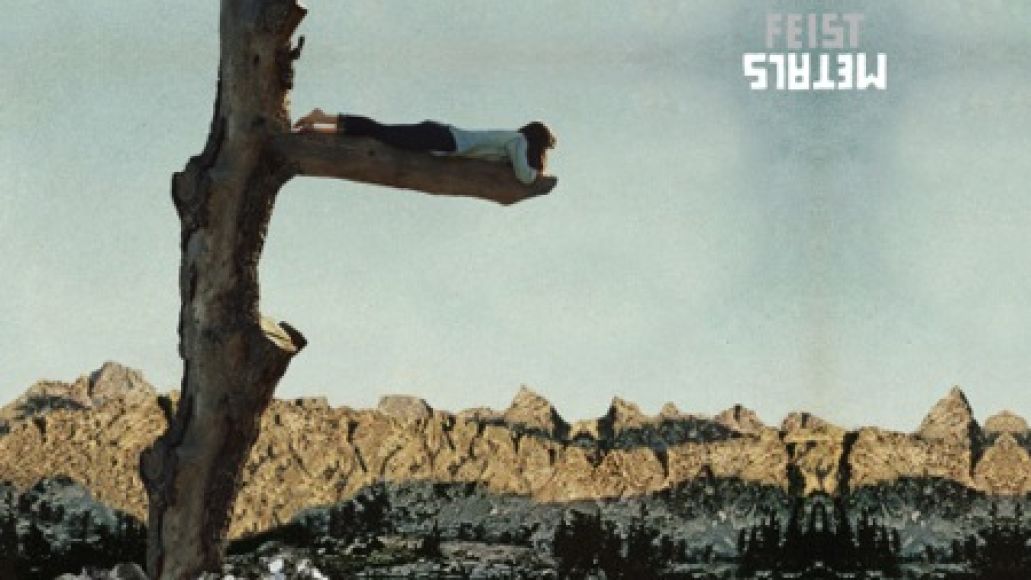 So, Feist returns. The Canadian Indie queen is ready for an all-out comeback with her forthcoming LP Metals, out October 4th. The jaunty “How Come You Never Go There” is as solid and confident as it should be. Her pop savvy sensibilities is only matched by her knack to destroy a track with her brilliant vocals. Oh, and did we mention she does a killer Nico impression? -Winston Robbins 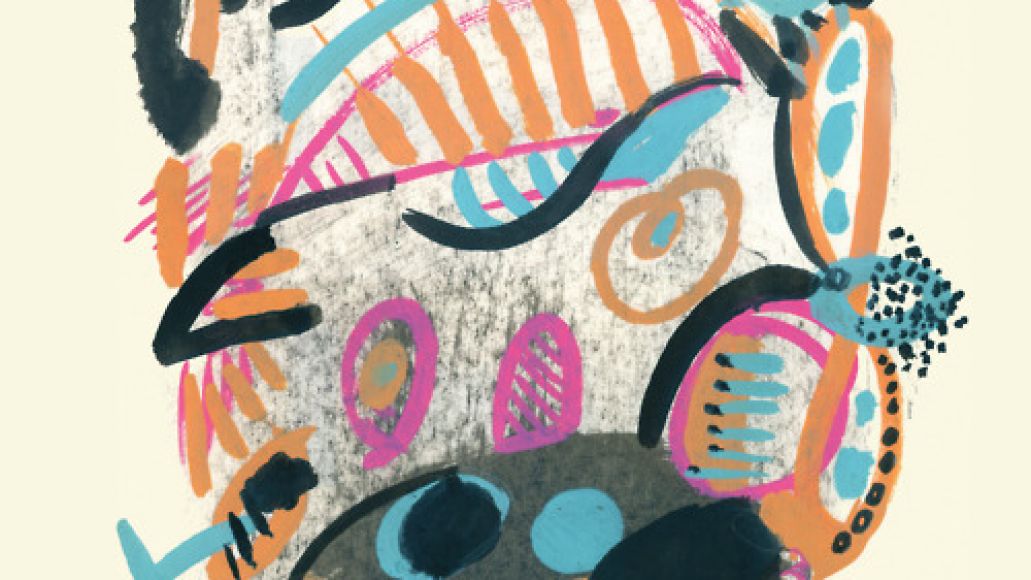 The underlying pulse of Future Islands‘ songs never overwhelms the Samuel T. Herring’s growl. Club hit this song is not, but damn if it doesn’t propel you to walk faster/more confidently to wherever you’re going. The Baltimore-based band wears their heart on their sleeves and lyrically recalls balladeers of the 80’s with their straight-to-the-point style. “It just takes time/a little trust and your time.” You right, you right. -Jeremy D. Larson 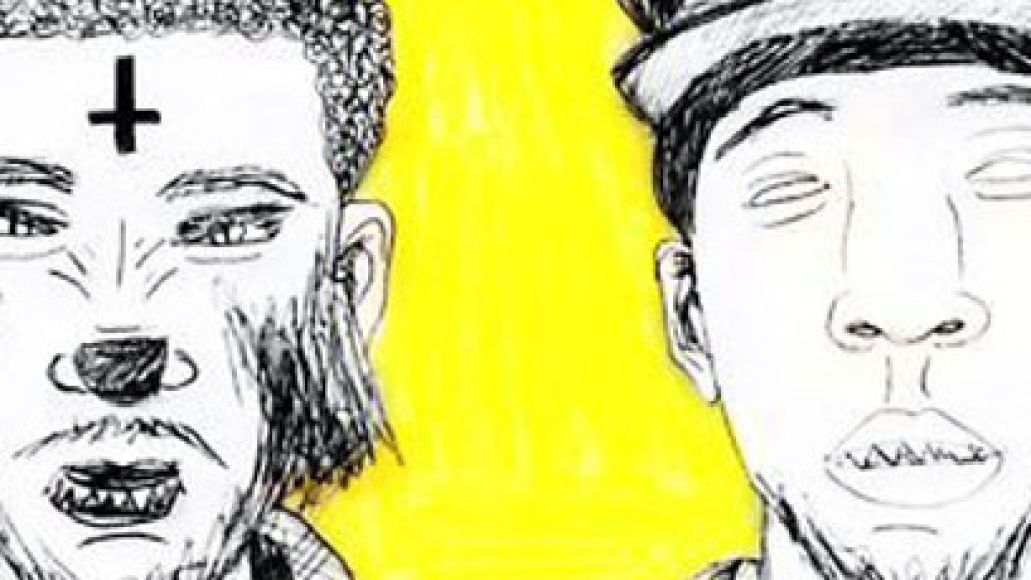 We had hip hop collabos from everywhere this week (Pusha T featuring Kanye West, Lil’ Wayne featuring Drake), and this is the one that made the cut, no joke. OFWGKTA might have had their 15 minutes of fame, but then again, maybe not. If Hodgy Beats and Left Brain keep dropping tracks like this, it’s likely they’ll stick around. Hodgy Beats muses about being “all alone in this world”, and drops a track as thematically tough as its beat is. -Winston Robbins

Nerves Junior – “As Bright As Your Night Light” 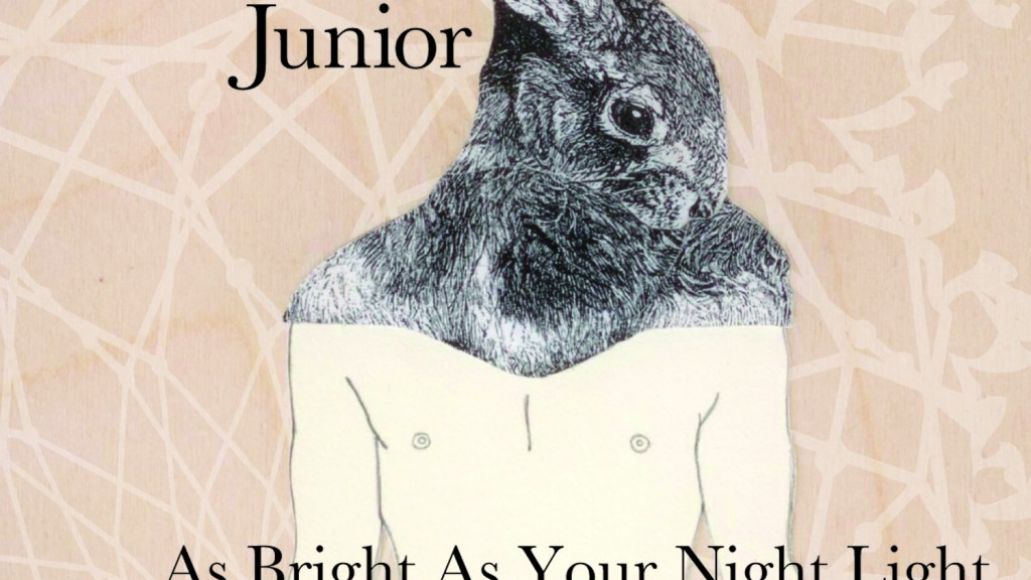 Louisville, KY: Where My Morning Jacket cut their teeth, where the Magnolia Bar serves unforgettable ”Pabst-smears” ($4 for a shot of whiskey and a PBR), where there are more Ear X-tacy bumper stickers than there are cars, and where the band Nerves Junior strikes a balance between classic rock acolytes and synth-psych prodigies. If you know Louisville by these things alone, you’ll be doing good for the next couple or years or so. Their debut album, As Bright As Your Night Light, is out September 6th so check their Bandcamp and mark your calendars. -Jeremy D. Larson

Nerves Junior – “As Bright As Your Night Light” 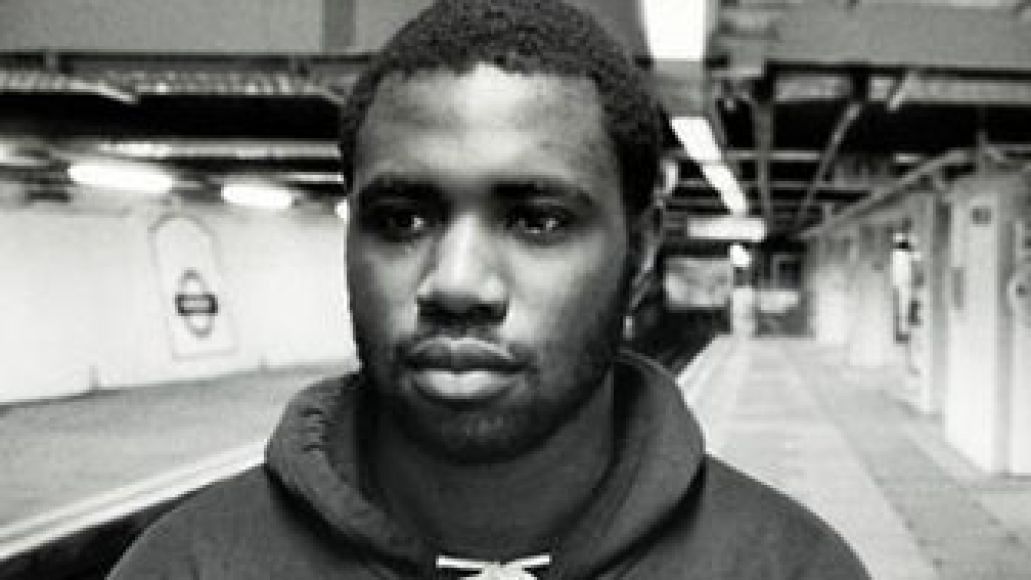 You’re gonna recognize this voice if you’re familiar with SBTRKT’s self-titled effort from earlier this year. Sampha was the most heavily featured vocalist to appear on the album, and his distinct croon probably made good friends with your ears. This pounding piano track is the solo output of the up and coming Young Turks artist, and goes off without a hitch.-Winston Robbins 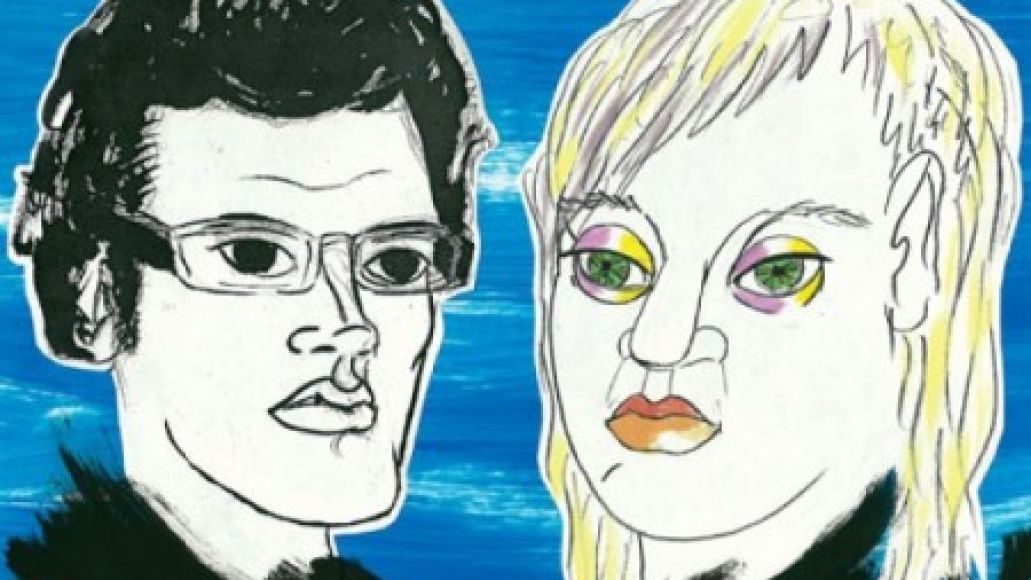 It was inevitable that Merill Garbus’ crafty folk meditation on hood rats would get some sort of remix. While the song itself doesn’t really need resuscitation, Ad-Rock throws a track-suit and a Snapback on the tune so you can feel a little more comfortable blastin tUnE-yArDs out your trunk. You know Garbus goes hard in the paint. -Jeremy D. Larson 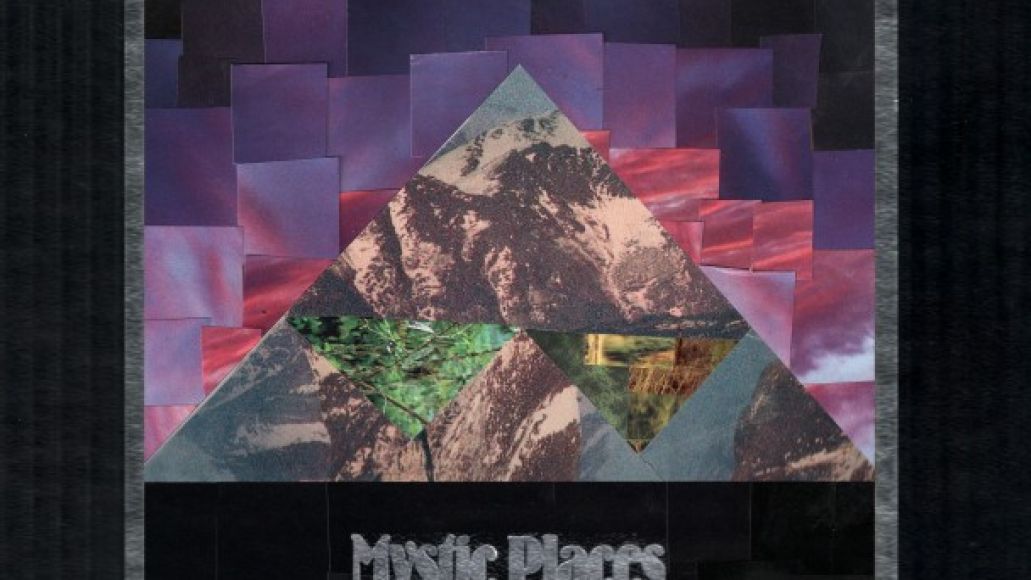 Not all Joy Division-inspired tracks are made equal. There’s so much awful post-punk, it’s hard to know where to turn sometimes. So, it’s nice when a band like this comes along. Denver outfit Woodsman is no stranger to the game, and it shows. The dank, hazy melodies over the over the trance-inducing ethereal touch is enticing to put it mildly. -Winston Robbins