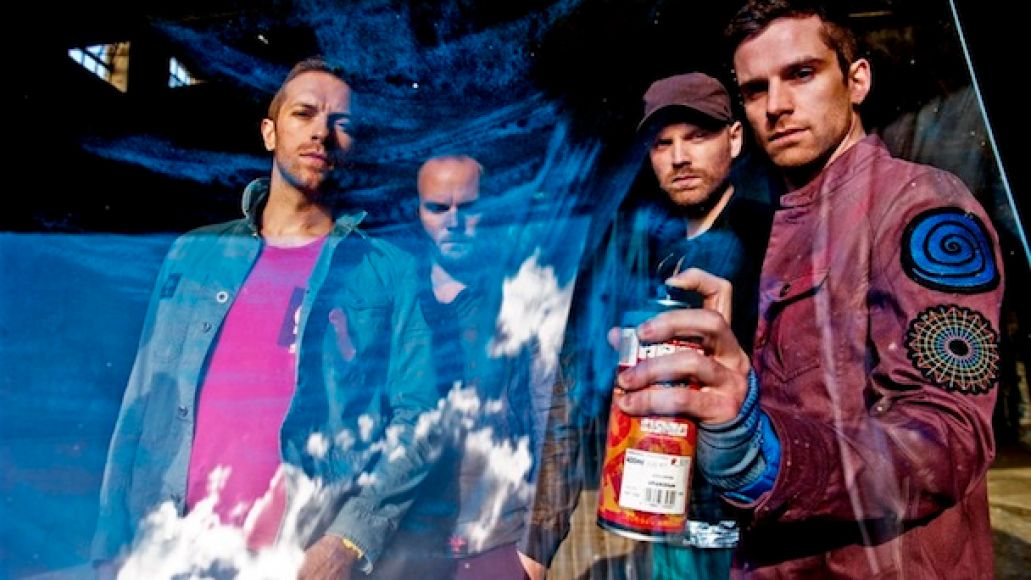 Ahead of tonight’s big gig in Chi-city, Coldplay played an intimate, sold-out concert at the Los Angeles Tennis Center at UCLA on Wednesday Night. The cameras of Jimmy Kimmel Live! were on hand, and you can watch the U.S. network television debut of “Charlie Brown” and “Every Teardrop is a Waterfall” below (via The Audio Perv). Also included was a brief tribute to the late Amy Winehouse.

Both tracks are expected to be included on the band’s forthcoming fifth LP, due later this year via Capitol Records.

“Every Teardrop is a Waterfall”