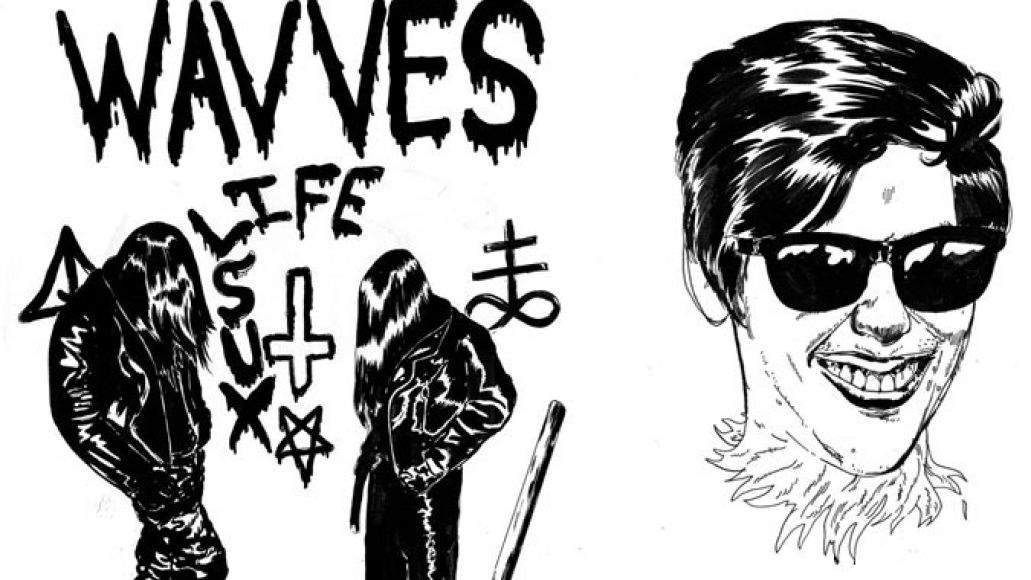 Back in April, Wavves frontman Nathan Williams took to Twitter to announce that the band was in the midst of recording with his girlfriend Bethany Cosentino’s band Best Coast and Toronto hardcore rockers Fucked Up. Williams went so far as to claim, “These are the best songs I’ve ever recorded. Easily.” Now, the whole world will see if that’s the case or just another pot-fueled Twitter rant when the Life Sux EP hits stores September 20th via Williams’ own Ghost Ramp label.

According to Pitchfork, the five-track effort, produced at Infrasonic Sound in L.A, will be available digitally and on vinyl and CD to be sold exclusively at independent record stores. Cosentino and Best Coast bandmate Bobb Bruno are featured on “Nodding Off”, handling cooing vocals and grimy guitar solo duties respectively. Fucked Up frontman Damian Abraham and drummer Jonah Falco are featured on the ultimate thrash session “Destroy”.

Other songs include “Poor Lenore”, with riffs courtesy of Nirvana, the Dinosaur Jr.-esque “Bug”, and the arena rock (from Wavves?!?!) of “I Wanna Be Dave Grohl” (don’t we all?) As to whether or not the magic combination of the three punk favs will work, Williams added, “If you hate yourself and other people, you might like our record.”

Check out the artwork above and the tracklist below. Williams also mentioned at one point that they’d shoot videos for each track, so stay tuned for more on those clips as they’re announced.

Update: An issued press release also reports that the band is currently recording a new full-length effort for a year end release.