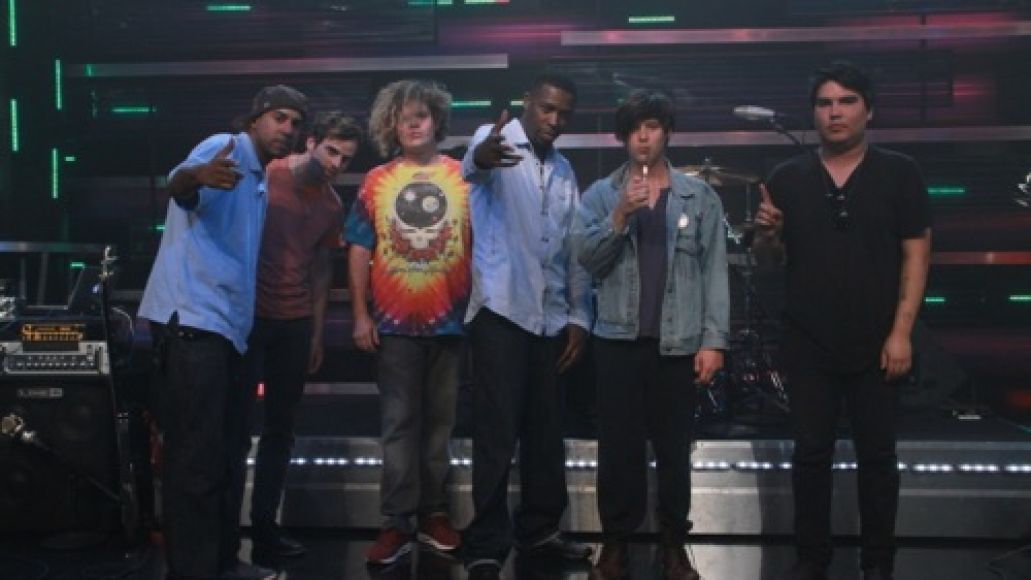 Wavves’ Life Sux, but at least frontman Nathan Williams has a cool new job. Billboard reports that Williams has signed on to contribute “20 original compositions,” in addition to tracks from his band’s new EP, to MTV’s new scripted series, I Just Want My Pants Back.

The show, which is a sex-driven dramady based on the book by David Rosen, premieres after the MTV Video Music Awards at 11 p.m. this Sunday, August 28th. The first episode will feature the debut of the awesomely-titled Life Sux track “I Wanna Meet Dave Grohl”; afterward, the track will be available to download on MTV’s website.

And in equally brilliant news, Wavves recently teamed up with The GZA for a performance of the rapper’s famed “Liquid Swords”, which will be aired on Fuel TV tonight at 11:00pm ET/8:00pm PT. That incredible picture above says it all.

Add all that on top of Wavves’ plans for a new full-length before year’s end and the pot-inspired surf-rock scene has never been more exciting.

Wavves compose music for new MTV show: I Just Want My Pants Back