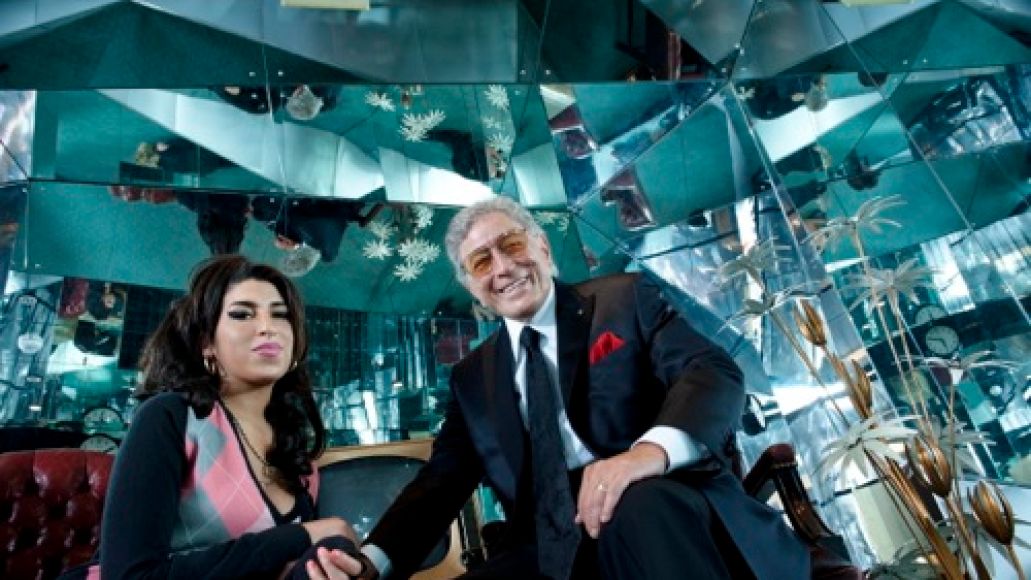 On the day in which Amy Winehouse would have celebrated her 28th birthday, the late songstress’  last known recording, a duet with Tony Bennett titled “Body and Soul”, has hit the web in music video form. According to an issued press release, the song was recorded by Winehouse and Bennett at London’s Abbey Road Studios on March 23rd, 2011, some four months prior to her tragic pressing. The recording session was filmed by Oscar winning cinematographer Dion Beebe (Chicago, Memoirs Of A Geisha) as part of a large documentary film on Bennett that is in the works. Check out the track and its corresponding video below.

As previously reported, “Body and Soul” is one of 17 tracks to be included on Tony Bennett’s forthcoming duets album, Duets II, due out in the U.S. on September 20th. Proceeds from the record will go to aid the Amy Winehouse Foundation, a recently-established fund that will help addicts and their families in the recovery process.