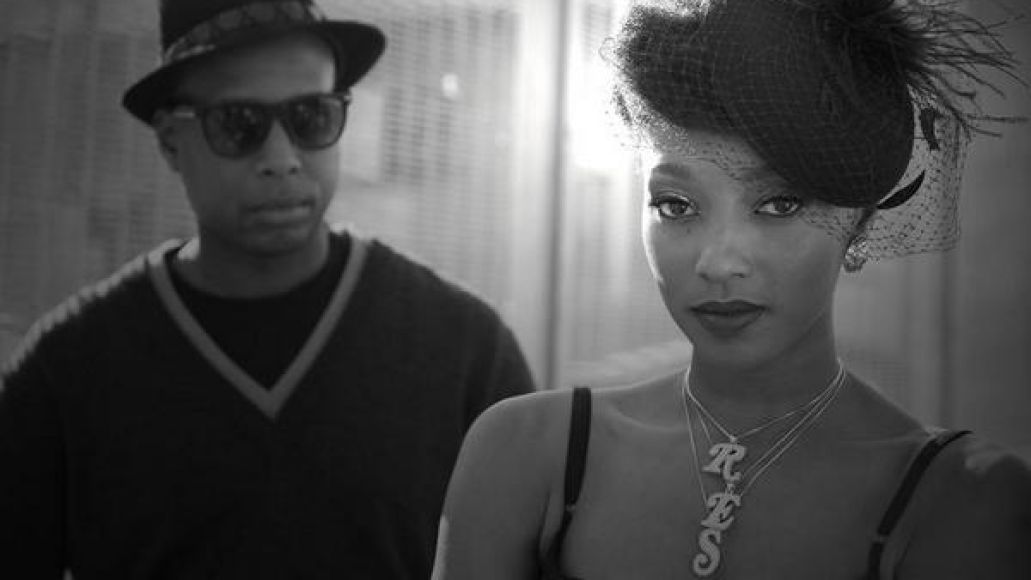 Idle Warship, the genre-bending hip-hop act comprised of rapper Talib Kweli and indie soul singer Res, released their good-time-with-a-slice-of-consciousness debut with the Party Robot mixtape in October 2009. Now, almost two years better, the duo return with their proper debut LP in Habits of the Heart, set to be released on October 24th via Kweli’s Blacksmith Records.

Time spent away working on the new album sees the outfit continue their highly explorative ways, lead in part by the album’s first single, “Laser Beams”. Sounding straight out of a groovy ’60s spy thriller, the track exudes the dance party vibe without losing that all-important substance. Give it a spin below.

And if one sample wasn’t enough, the band also debut a video for “System Addict”. It too is a blast of funk, this time with a deciedly heavy female empowerment spin to it.