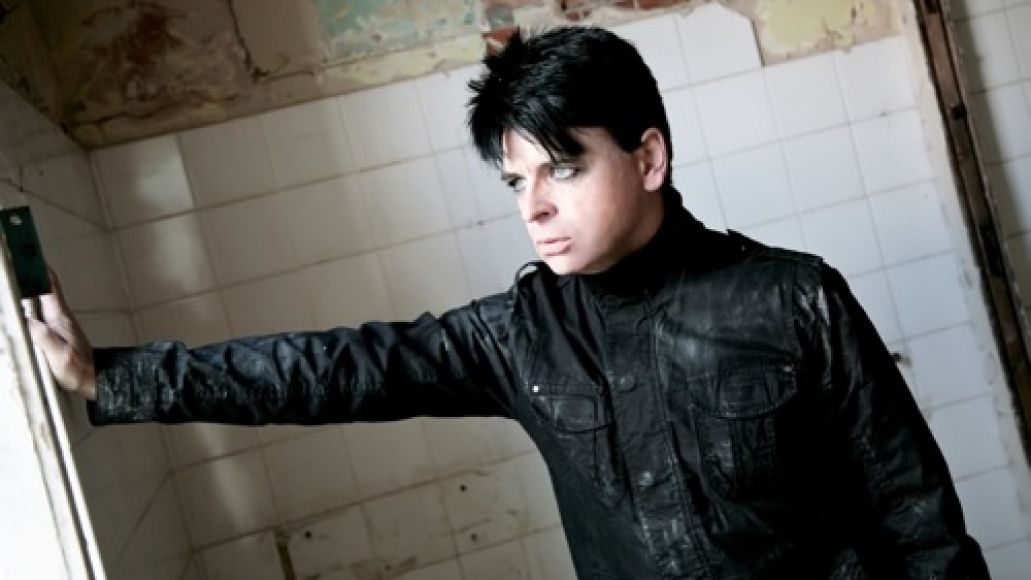 It’s been only a brief moment since we last heard of influential new-waver Gary Numan. Earlier this year, the British keyboard songsmith lent his unmistakeable voice to the excellent Battles track “My Machines”. Now, he returns with a new LP for himself, Dead Son Rising.

Due out October 24th, on his own website no less, Numan’s latest effort came to fruition from a series of demo tapes he had from other projects. “The original ideas behind these songs are now barely visible,” Numan explained in an issued press release. “In the last nine months, the album has grown into another animal, something more experimental and fluid. It’s ended up being something I’m really very proud of.” He has no plans of taming this “animal”, either. In fact, he’ll follow up …Rising with another LP in 2012, titled Splinter.

To support the current record, however, Numan has dates scheduled across the UK this month and again in December, when he’ll play ATP Festival. No word on whether or not he’ll make his way overseas, but we’ll keep you updated. In the meantime, check out the tracklist for Dead Son Rising below, which features song titles that take cues from a science-fiction saga Numan is currently writing. What a creative technophile, huh?

Update: You can now listen to a radio edit of Numan’s new single “The Fall” below.