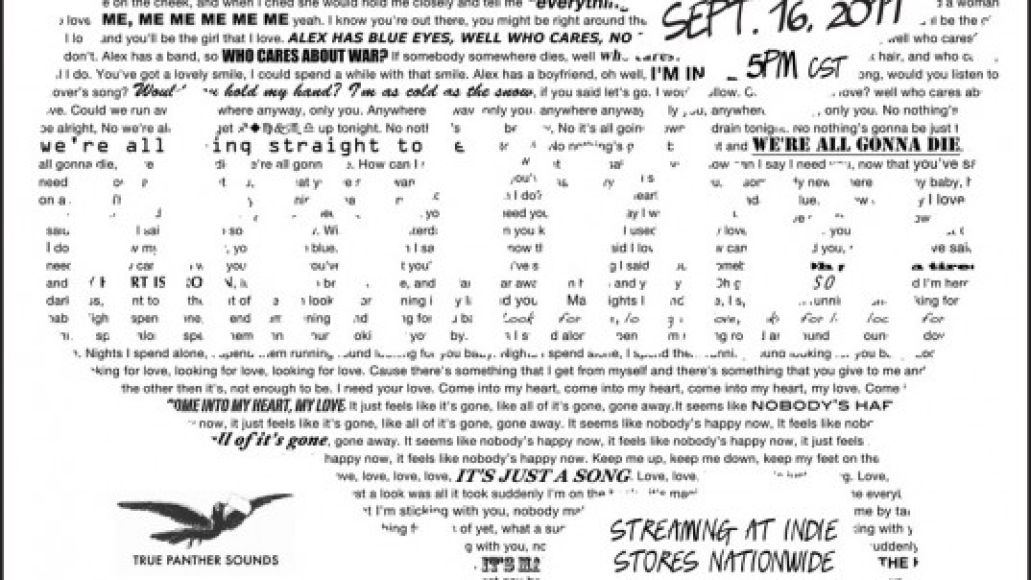 Girls’ sophomore LP, Father, Son, Holy Ghost, is out today via True Panther Sounds. On Friday, the San Francisco-based indie-pop outfit will celebrate the release with an in-store performance at Grimey’s in Nashville, TN, which will be webcasted on the websites, blogs and Facebooks of participating independent record stores across the nation. According to Matablog, “It’s the first ever NATIONWIDE in-store performance.”

The fun begins Friday, September 16th at 6pm ET/5pm CT and you can find a list of participating record stores here.

That’s not all, though: Girls will also create a limited edition vinyl release exclusive to stores participating in this live streaming event, to be made available later this year.

Below, you can watch the video for the Father, Son, Holy Ghost single, “Vomit”: