Chris Cornell has been a busy, busy man. From the time his iconic Seattle band, Soundgarden, broke up in 1997, Cornell has kept himself fully immersed in everything from his evolving solo career to fronting the supergroup Audioslave to co-writing songs with American Idol’s David Cook. He’s even been dabbling in the film industry, contributing “You Know My Name” for Casino Royale, as well as the song “The Keeper” for Marc Foster’s latest film, Machine Gun Preacher, which is now playing.

But by far the greatest thing keeping Cornell on his toes these days is the recent reformation of Soundgarden, which has resulted in a stunningly successful tour of North America and a new album that’s due in the spring of 2012. Consequence of Sound‘s own Karina Halle caught up with Cornell while he was in New York City to discuss everything from choosing a tour setlist to why certain albums suffer in the current digital age of music.

How has the reunion tour been for you?

There are a lot of different aspects of it. The first one being able to share the stage with the same people that I became a real musician with. The whole formation of me as a songwriter and full-time musician came with these guys. And then we traveled the world together in so many different facets, from driving ourselves in a van to buses and planes and going all over, where I had never left Seattle, ever. It was an intense experience with these guys, and we made a lot of music as well. Our last two albums were really so long that it was only the digital age that made them single albums; they both would have been double albums. That’s all kind of overwhelming when we’re onstage, and we are playing again.

And then there’s that whole new thing, which is that it feels really great to go out and play Soundgarden songs and approach it with another 14 years of experience that we all have playing music and making records and have the old songs evolving. It’s really a living, breathing animal; it’s alive again, and it’s pretty amazing. It’s very natural. The worst fears would be to be that band that has been broken up for awhile and then gets back together, and we’re just kind of struggling to pull off what we used to do. And this isn’t that. This is evolving and moving as if we never skipped a beat. And that’s what it feels like…really great.

At what point during the reuniting did you feel, you know what, this is the right thing to do?

It was really just a matter of making the decision to do it. Once we got in that room together… it was nothing but fun trying to figure out what is the best way to remember some of these songs. Mostly it was just playing them, and all the parts just kind of came back to our fingers.

That was a really big deal for me, because I hadn’t gone back to listen to that music much, and I was really happy and surprised at how great those arrangements were and how smart we were as record producers and songwriters. There’s a lot of stuff going on and layers, and we had to make a lot of decisions, and it felt like while I was listening to it, they were all the right ones. You never know, sitting and making records and writing songs, how you’re going to feel about it 20 years later. You know, like it’s your baby pictures, and you look so much better now. But I didn’t have that feeling at all. We were great, and that time evolving into the band that we were when we split up… we did a lot in a short period of time.

And a band that can write and play “Jesus Christ Pose” and then also something like “Zero Chance” or “Black Hole Sun” and do both while in both worlds completely authentically, I think it’s a great feat. It reminds me of The Beatles in a sense. That’s what attracted me to a band like that. They could do “Yesterday”, and they could do “Helter Skelter”, and you didn’t think it was weird. 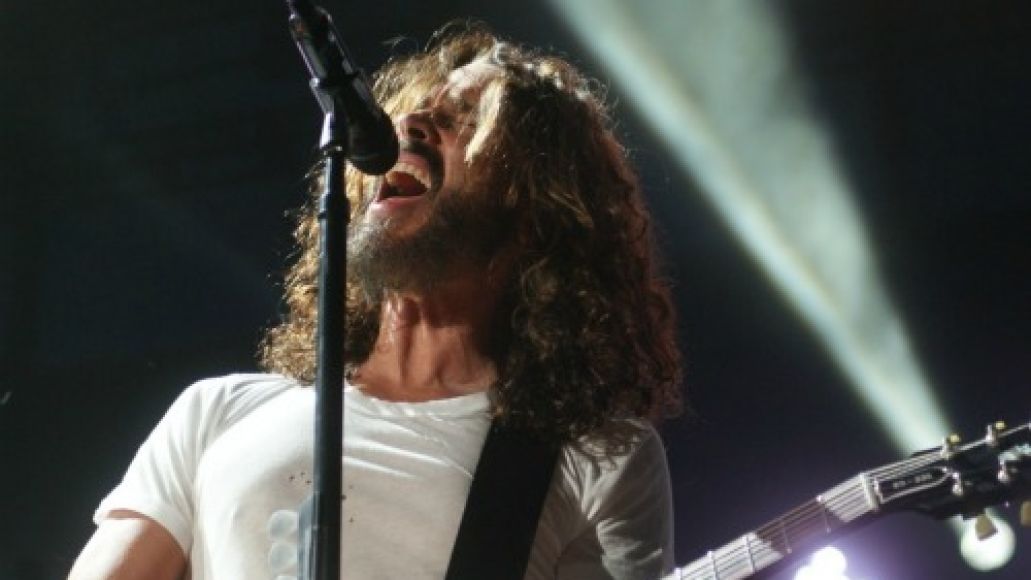 How do you decide what songs from your repertoire to include on your setlist?

There were these other songs that we were considering playing that we either never toured on before, like “4th of July”, or a song we wouldn’t have chosen 15 years ago that kind of gained momentum over the years. So, there was that issue. Then there was the issue of that often times our best live songs weren’t the singles necessarily. A song like “Gun” is a great example; it was always really murderous live, and it was great, and we played that a lot over the years, and it was never a single. It was something that would be considered more obscure, and some of our more obscure songs are literally our best live songs, songs like “Behind the Wheel”, which is one of our best live songs we’ve ever done. It was important for us to play the songs that we felt great about playing live, as well as digging out some songs that we know people want to hear that maybe we never did before.

So regarding your new album, heavy metal is popular, as is grunge. Is there any pressure for the new Soundgarden to sound like you did back in the day?

We just naturally sound like us, like there is no way of avoiding it. It wasn’t difficult in any way. We never had to stop and consider, Will our fans like this? Not even for a second. And it doesn’t feel in any way like we are going backward; it feels very forward, and it doesn’t feel nostalgic, because it isn’t, and you know, all the new songs are all new moods, and we are naturally branching out like we always did. We went from Badmotorfinger to Superunknown to Down on the Upside, and there was a lot of branching out and testing what the boundaries of the sound of our band were and seeing what works and what’s comfortable.

We were a band that was a little hard to get. You couldn’t figure out Soundgarden by listening to only one or two songs. You had to listen to the whole album. You couldn’t figure out Soundgarden by going to one show. We weren’t as easy to package and sell, ever, and we still aren’t. But at the same time, it’s a very satisfying band to be in, and I feel really creatively confident writing music with the other three guys.

And yet, listeners tend to sample rather than purchase whole albums…

That’s a really bad thing for Soundgarden. I think it’s a bad thing for any band, to be honest. I’m not attracted to the world of recorded music that is just one song at a time. I’m not built that way. My favorite songs as a kid were the ones that weren’t on the radio. I went through a period where I was just finding Rolling Stones albums where there were songs that I had never heard before, where I could listen to songs by a band that I liked without having to hear a song I heard 10,000 times.

I also discovered at some point I would sequence albums in a particular way based on how I would listen to them. I remember placing “Black Hole Sun” as the seventh song on Superunknown because the seventh song was often my favorite one, and it was usually a deeper album track, and I never expected that that song would be a single.

I also didn’t think that people really got Soundgarden unless they would sit down and listen to an entire album. If people got the heavy side of it, we would sort of be considered this Black Sabbath throwback or a heavy metal band, and then they would miss like 90% of the rest of what we did. As a fan of music, bands that I always loved were bands that were like that. You know, if you picked out one or two songs, you were never going to get more than a fraction of what they were about musically. And I’m still that way. You know, it’ll be a sad thing if future generations don’t really have the attention span to sit down and follow a musical mood for longer than three minutes.