There’s nothing more intimate in music than close vocal harmonies. Three or more voices resonating in consonance brings us into the very nexus of the singers’ sound world, enveloping us in a way that instrumental chords never could. As a band focused on vocal harmony, the Fleet Foxes cultivate an aura of intimacy. Their fans are quiet during and between songs, as if to not interrupt those serene moments. I’ve seen them hold a rowdy Seattle bar silently enraptured in their hands, and I’ve seen them play to a seated theater audience as if it were a symphony hall. How, then, would they adjust to a large outdoor venue like the Williamsburg Waterfront, where there’s no space for acoustics to resound, and their unique brand of folksy acoustic music has to spread out over a sold out crowd of 5,000?

Simple: they absolutely rocked it out.

Even though the band’s celebrated sophomore release, Helplessness Blues, has a more driving rock- and groove-oriented sound than their self-titled debut, it retains a folky delicacy. But it was clear from the opening moments of “Plains” that drummer J. Tillman would be pushing the energy along with a steady bass drum pulse and thunderous tom-tom fills. The fast closing section of “Mykonos”, a fan favorite from their first EP, carried a strong intensity and fevered dynamism that lasted through “Battery Kinzie”, a song that bared its inherent power in the live setting. 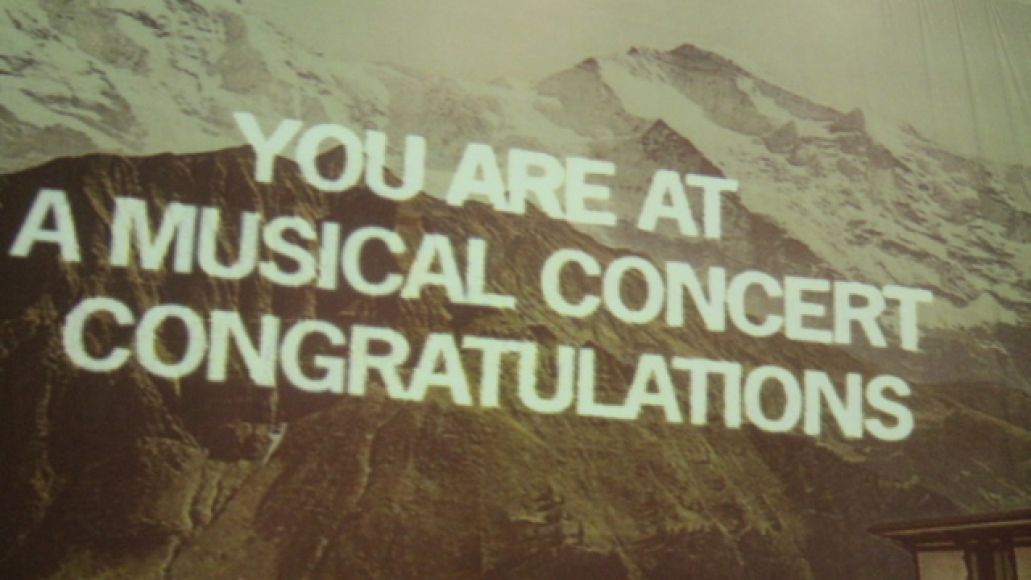 The Fleet Foxes have adapted to larger crowds and larger venues, and part of this is due to the addition of multi-instrumentalist Morgan Henderson in early 2011. His violin on “Sim Sala Bim” and noisy, Coltrane-esque bass clarinet solo on “An Argument” were welcome new timbres. In one of the rare improvisatory passages, Henderson’s ability to add a third guitar allowed the ending of “Sim Sala Bim” to be stretched out with a multi-layered strumming propulsion, steamrolled along by Tillman’s drums. Every song was enriched with a much fuller texture. Keyboardist and all-purpose instrumentalist Casey Wescott joined Henderson for a double flute introduction on “Your Protector”, the dark, brooding song from their debut album. Similarly, Henderson’s extra acoustic guitar on the set closing “Grown Ocean” combined with lead singer Robin Pecknold’s fervent strumming and lead guitarist Skyler Skjelset’s pedal steel to create a full, expansive ambiance.

Even with the rocked out intensity of this newly expanded band, the draw for many of these songs is the lush vocal harmonies and stunning lyrics, and in this regard, Pecknold shined. His voice was at its most honest and soul-baring on the mythical-sounding “The Shrine”. Reaching up into a near-growl, Pecknold’s passionate verse melodies contrasted well with the four-part chorus harmony that subsumed his voice into a wall of chordal vocal sound. Pecknold performed the new song “I Let You” alone as the first encore; with an open tuning and an angular melody, it demonstrated the breadth of his musical, and not just vocal, chops. Perhaps his most naked onstage moment came during “Blue Spotted Tail”, a song of questioning lyrics that speaks to a certain existential strain in his shy onstage persona. As Pecknold sings “why this frightened part of me that’s fated to pretend,” it suggests a melancholy beyond his 25 years. 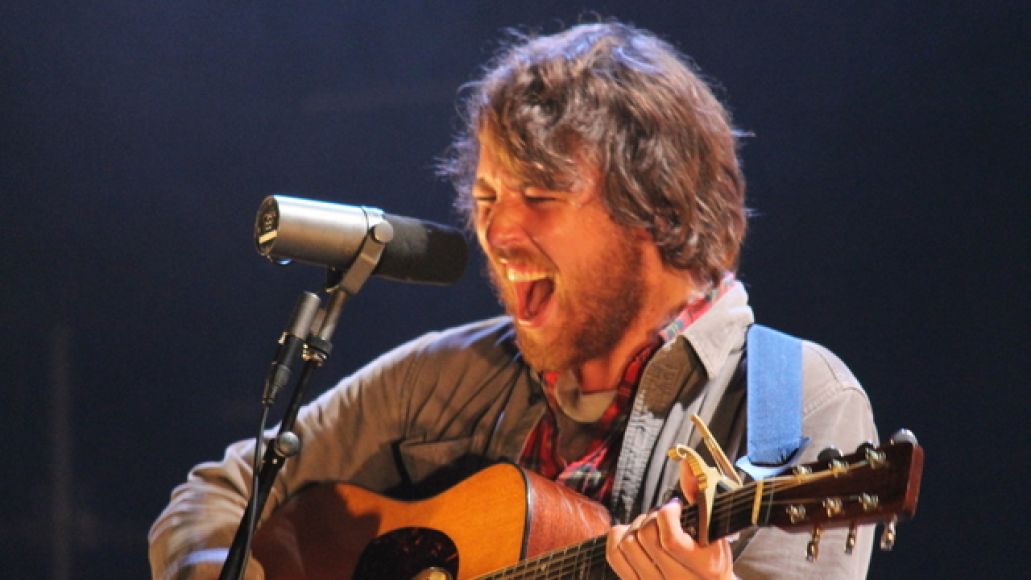 In contrast to Pecknold’s reserved introversion, Tillman’s gregarious personality showed during between song banter, poking fun at Williamsburg’s scenester brunch crowd (“fucking brunch! What a to do! I just ate sadness…”), and trying to get the attention of nearby condo residents poaching the concert’s sound from their balcony. Throughout the show, a starry stage backdrop was covered with retro-styled geometric projections, courtesy of Pecknold’s older brother, Sean. The stars seemed to enhance the natural campfire feel of tunes like “White Winter Hymnal” with its hypnotic vocal harmonies.

Fleet Foxes haven’t just expanded and enhanced their sound, they’ve found a way to remain lasting. Like other folk-inspired bands who have garnered pop success (e.g. Mumford & Sons), their sound has evolved into a unique folk/rock fusion that is vastly different from Byrds-era folk rock. Fleet Foxes’ first album, while incredibly successful, had a certain novelty appeal. In their current live lineup, and on their newest album, they’ve progressed naturally, never losing the intimacy of close vocal harmonies and acoustic instruments.