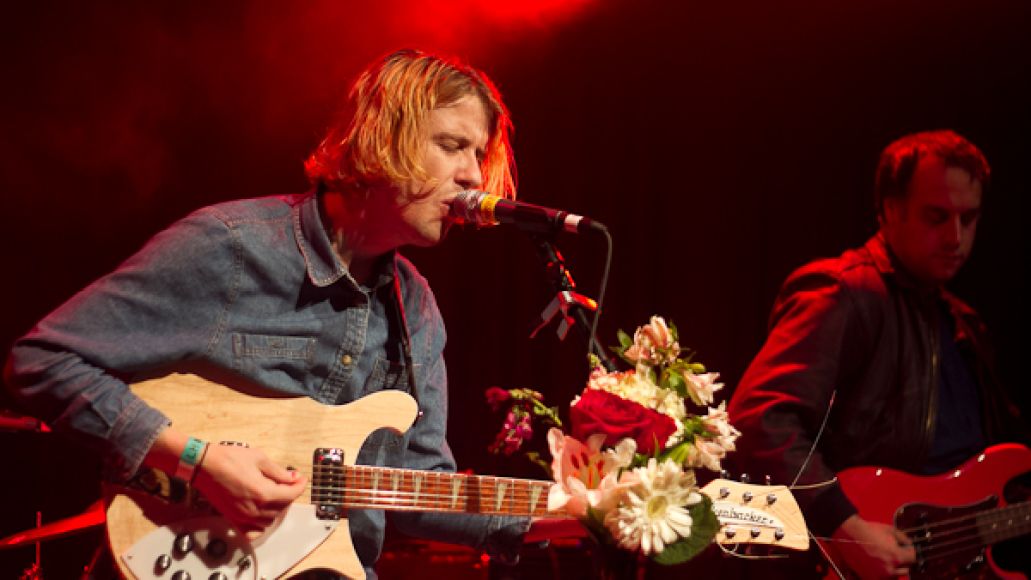 Christopher Owens — the leading man in Girls — has changed his hair in the last 15 months. When I saw him last, he looked like this, with his ‘do paying homage to the decades his music culled from. Now, Owens’ hair is thin, bleached blonde, obstructing his face, and looking almost exactly like early Cobain. The band’s (relatively) newer image served as a reminder that Girls are much bigger than a retro act who favor tremolo and treble. Coming off their diverse sophomore LP Father, Son, Holy Ghost, Girls possess a hale and hearty catalogue to pull from and more variations on a theme (girls, mainly) than one could flick a Lucky Strike at. 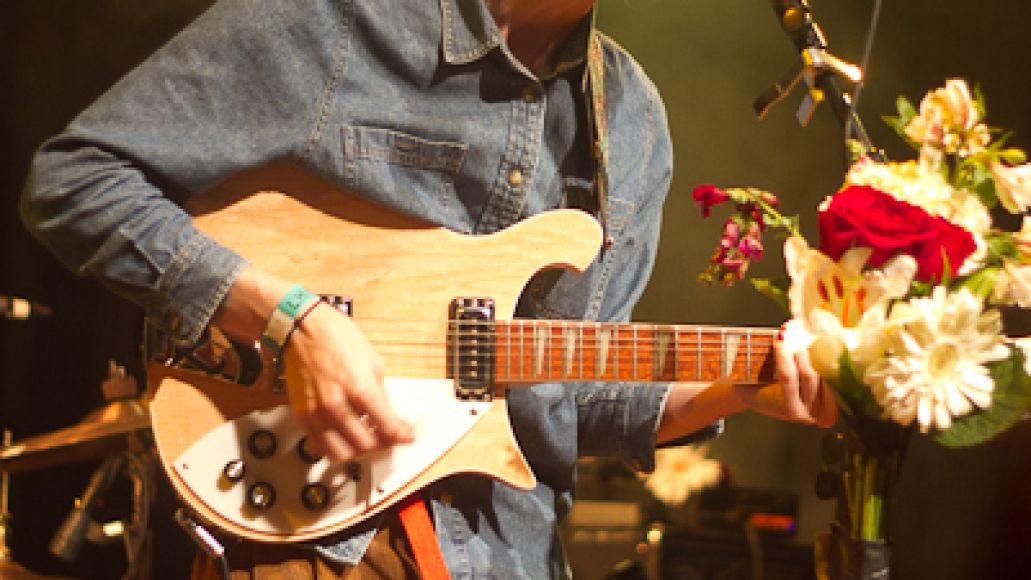 So why did the first half of their set fall flat?  For one, there were sequencing problems. With all the new ground Girls took with Father, Son, Holy Ghost, some of those songs sounded stiff back to back. The gentle pawing of “Alex”, “Love, Like A River”, and “My Ma” consecutively produced the most static minutes in an evening already filling up with tuning breaks and yawns. Other than the opening delight of “Laura”, the show was humming along in a low, undetermined gear.

The divisive “Die” was a confusing moment as well. After some fey and fragile mid-last-century crybabies, “Die” doled out some serious whiplash that felt awkward from the band’s lack of pinwheel guitar strokes and power stances to the crowds’ 10% commitment to the whole affair. It’s worth noting that the band was essentially playing a Deep Purple song on a stage adorned with seven or so bouquets of fresh flowers. All of these otherwise engaging, “next step” sounds the band recently discovered didn’t have a focal point, or something to rally around to give meaning and shape to the new Girls. 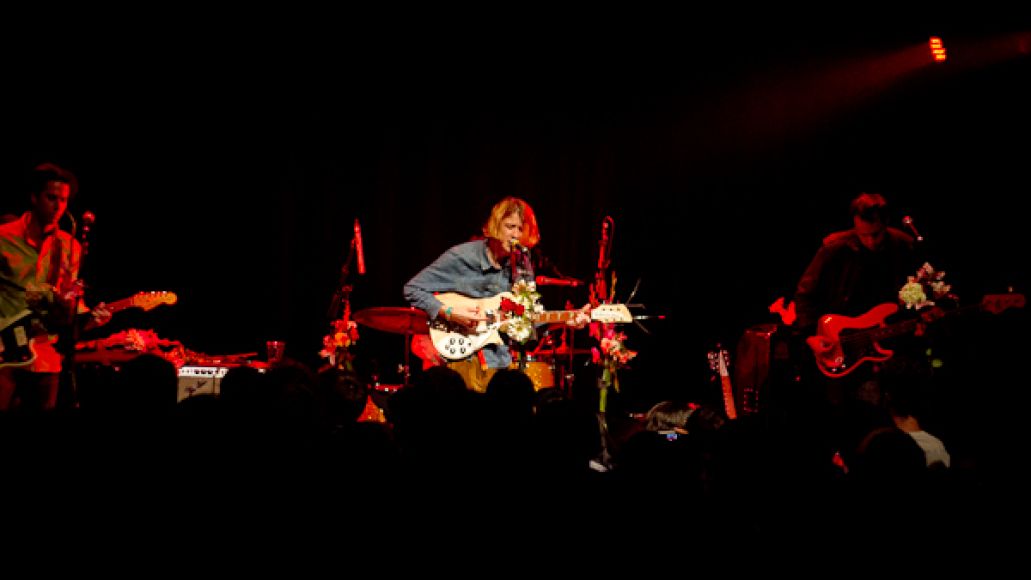 Owens’ has matured. He sounds less whiney now that his voice doesn’t have those Ocasek/Holly glottal stops as much as he used to. And even for all their variety of sounds the band dabbles in now — from country-western blues to doo-wop to 70’s metal — there is crystal clear songwriting. They may not bend and shake as much as they did a year ago, but any growing pains Girls exhibit live are just that: more signs of growth. Who knows how long Owens’ hair is gonna be next year.