Since his CoS Top Star-earning debut dropped way back in February of this year, James Blake has been the subject of a fair amount of chatter, most of which has been heaps of well-deserved praise. It’s easy to see why: He’s the posterboy for a lot of things, namely, dubstep and bass music’s rise out of club culture into the mainstream. Sunday night in Hollywood, Blake played the first of two very sold-out nights at the Music Box, kicking off a month-long North American tour, his second stateside trek this year.

Openers Teengirl Fantasy brought down the house right from the get-go, filling the crowded hall with clattering percussion almost before the curtain had finished coming up. Armed with a gang of samplers, synths, and drum pads, the duo from Oberlin College, OH didn’t speak a single word in the 40-or-so minutes they spent on stage, instead letting their ferocious drums and mind-bending synth lines do the talking. Teengirl Fantasy’s sonic assault only let up twice: at the end of the duo’s huge, Love Committee-sampling “Cheaters”, and at the close of their set. 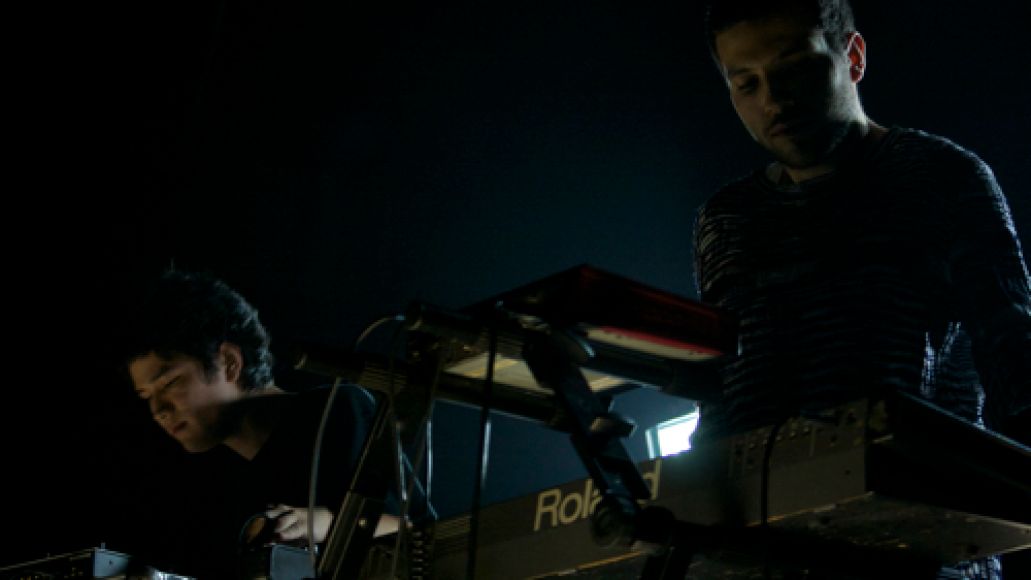 James Blake took the stage, along with Ben Assiter on drums and Rob McAndrews on guitar and sampler, and started right into “Unluck”, James Blake‘s striking opener. Soulful is the first word that comes to mind at the sound of Blake’s voice, but it isn’t the most accurate. He’s more conscious of this than any, stretching, pitch-shifting, and otherwise contorting it – often beyond recognition – fairly often. Still, there’s no getting around its raw, breathtaking power and beauty, especially on Blake’s sparer tunes such as “Give Me My Month” and the pastoral bass-folk of “Lindisfarne I & II”.

Tracks like that, though, make it easy to forget that the man is an incredibly gifted producer in his own right. “CMYK” off a pre-James Blake EP of the same name, on which Blake tweaks a Kelis vocal line to bits over a chiming melody and huge, huge drums, was played here in a largely reworked form to better suit the full band setting and serves as a big reminder of his musical range. “I Never Learnt to Share”, my personal favorite off the album, is another. Blake layers his sullen “my brother and my sister don’t speak to me, but I don’t blame them” vocal line over itself a couple times, harmonizing over himself as he progressively leads the track to its jarring, bass-heavy finish. Blake and his band threw in a cover of Digital Mystikz’ dubstep classic “Anti War Dub”, handling the track’s noted sense of foreboding and doomy textures with surprising ease. 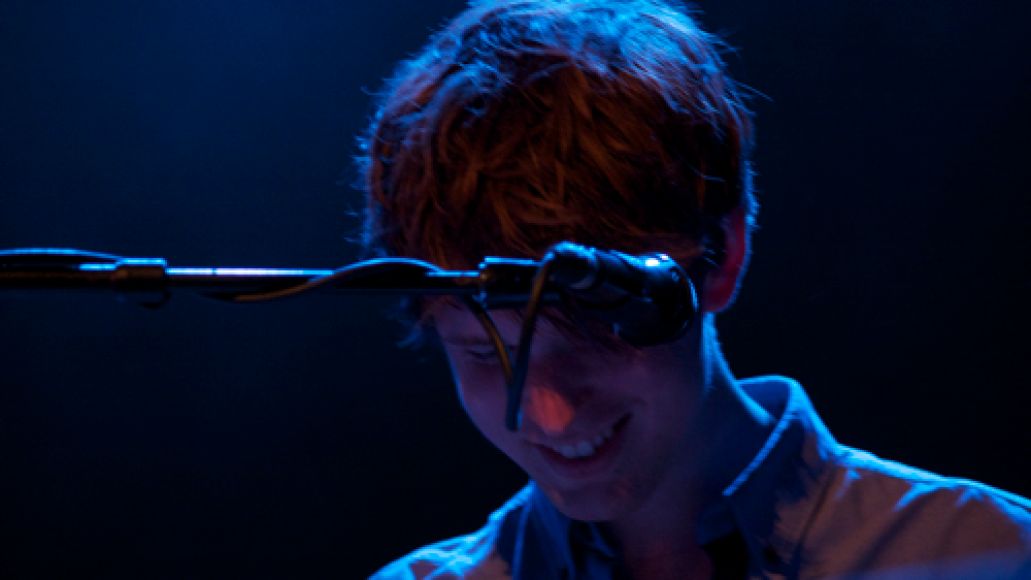 The night’s best moments came when Blake’s extended edge met his knack for turning a good hook. Case in point: his cover of “Limit to Your Love”, a song that’s sure to be remembered years from now as a watershed moment in music. (I won’t soon be forgetting the awe-struck split second of silence that hung in the air just as that huge, rattling bass came rattling in.) “The Wilhelm Scream” made for a perfect closer, stretching the track to its musical and emotional limit before the band momentarily left the stage. Any speculation as to a dropoff in quality since Blake’s debut were dashed by the two stellar tracks off of the forthcoming Enough Thunder EP he debuted Sunday night, especially on the encore’s final song “Once We All Agree”, a spare ballad that showcases Blake’s skill behind the piano as well as his production abilities.

Setlist:
Unluck
Give Me My Month
Tep and the Logic
I Never Learnt to Share
Lindisfarne I
Lindisfarne II
To Care (Like You)
CMYK
Limit to Your Love
Klavierwerke
Enough Thunder
The Wilhelm Scream
Encore:
Anti-War Dub (Digital Mystikz cover)
Once We All Agree
——

Live Review: James Blake at the Music Box of Hollywood (9/18)