One of the most unique and fantastic venues in Chicago is The Hideout. Located in a mostly industrial area just east of the hipster haven Wicker Park, The Hideout is an intimate and comfortable setting with wood paneling, Christmas lights in the exposed rafters, and a deep woods cabin feel that makes you completely forget you’re in the middle of a big city. It has an almost Twin Peaks feel to it, just without the weirdness, murder, and Kyle Maclachlan. It’s a perfect place for Irish musician James Vincent McMorrow to play his intelligent, moving, and dynamic music.

The sold out crowd was eager and ready, and they were not let down. McMorrow, with the help of his tight and incredibly talented backing band, put on a relaxing, creative, and memorable show that included nearly every song from his recent album, Early in the Morning, as well as a couple of excellent and unexpected covers.

McMorrow stood stoic through the first few songs—including a quiet and building version of Early in the Morning stand out “Sparrow and the Wolf”—and said nothing more than a “thank you” at the end of the songs. He stared forward above the heads of the crowd, and stood stick straight as though he were a little nervous. After “Hear the Noise That Moves So Soft and Slow”, McMorrow started to chat with the crowd a little saying how excited he was to be playing his first headlining show in Chicago, and also mentioning how hot it was on stage—a running theme for him most the evening as sweat poured off his brow. 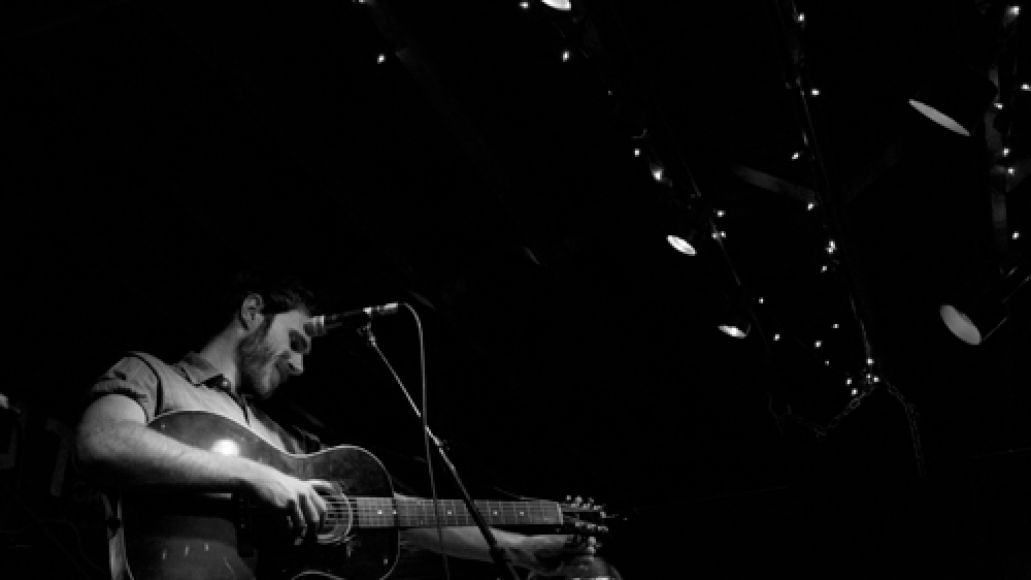 From that ice breaker on McMorrow appeared more relaxed, and started telling some fantastic stories between songs. The crowd also loosened up a bit from the beer and as the band began the quiet “Down the Burning Ropes”, the back of the room began talking bar-loud and laughing. Then McMorrow’s began to sing in his trademark smooth, airy tenor, and the back of the room immediately went dead silent. It was a fantastic moment. I’ve seldom seen a singer command a room with such a subtle whisper. There wasn’t another chatty moment the rest of the evening. McMorrow and his band had all of us hanging on each note and word.

Later on in the set the band left the stage, and McMorrow played a couple solo tunes; one of which was a brilliant, slowed down piano only cover of Steve Winwood’s “Higher Love”. McMorrow had contributed the cover to a charity disc that was released in Ireland, and he said is starting to make the rounds on music blogs across the internet. If you can find it, it is highly recommended. His version is a contemplative and beautiful love song that will give you goosebumps and maybe some misty eyes. 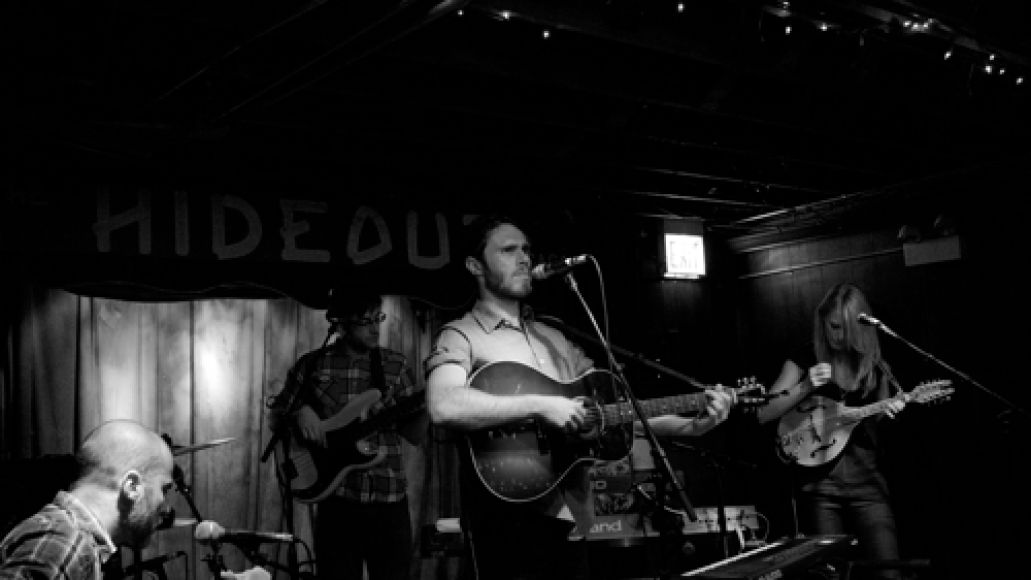 McMorrow ended his main set with a trifecta of the blasting “From the Woods”, a version of “We Don’t Eat” that built-up and rolled like thunder and by the end had the whole crowd whipped into a frenzy that overflowed during Early’s opening track powerhouse “If I Had a Boat”. McMorrow came back out for a one-song solo encore of Chris Isaak’s “Wicked Game”, that he lead into by quieting the odd crowd members yelling for him to play “Whip My Hair” by Willow Smith. “I’m not going to play that song. You can stop yelling it out,” he said, which lead him into telling a hilarious story of his feelings toward the Smith family and their stage parent attitude toward their kids.

By the end of the show the ladies in the crowd were swooning, the guys were tapping their feet, and The Hideout felt more like a living room, or a friend’s basement, with McMorrow being the talented friend who you just want to sit around and tell you stories and play you the amazing songs he writes for fun. McMorrow’s band took his arrangements and gave them a new life and movement that I’m sure helped gain some new fans. The music was able to bring us all together into a state of mutual appreciation and comfort. It’s a feeling you can’t get at many other venues in the city.

Set List:
Sparrow and the Wolf
And If My Heart Should Somehow Stop
Old Dark Machine
Hear the Noise That Move So Soft and Slow
Breakin’ Hearts
Down the Burning Ropes
We Are Ghosts (new)
Higher Love (Steve Winwood cover)
Follow Me Down to the Red Oak Tree
Red Dust (new)
From the Woods
We Don’t Eat
If I Had a Boat
Wicked Game (Chris Isaak cover)
——