It’s always refreshing to witness a down-to-earth show. While there’s never a true, complete destruction of the audience/performer barrier, Megafaun consistently make their fans forget that it’s there. If it was such a big deal that Daft Punk were Human After All, it was never a question for the dudes of Megafaun. It’s easy to see that these are just a couple of friends and brothers who have an infatuation with old folk songs, gospel music, free jazz, and cracked-out noises.

The earnest, heartfelt introduction Megafaun-er Phil Cook delivered for opener Matthew White (a friend with no completed records or even a single live show under his belt) started the evening off with a fraternal air. Cook and the rest of the Fauns stood in the shallow space to watch their deep- yet wispy-voiced friend deliver a short set of Mark Kozelek meets Van Morrison guitar balladry. It felt like friends watching friends hanging out together and continued to feel that way the whole night.

Soon, Megafaun, with fresh-faced Nick Sanborn on bass, stepped up to the plate to deliver relaxed, yet tight, renditions of much of their latest self-titled record. With an assortment of facial hair configurations, the brothers Cook, Sanborn, and drummer Joe Westerlund tapped into a palpable groove, injecting funk vigor into a collection of laid-back psych-folk songs that pull as much from gospel and Harry Smith’s Anthology as they do Bitches Brew. 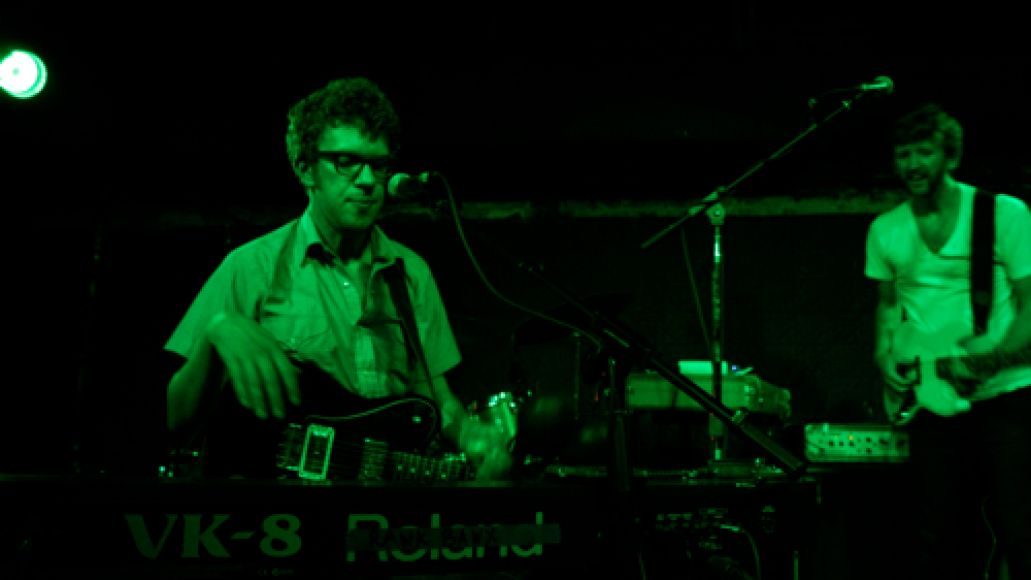 A laptop brought the demented electro-ribbits of “These Words” to the space, while Westerlund’s rhythms humanized the otherworldly clatter. While all the new sounds were impeccably performed by a group of guys smiling and gesturing at one another throughout, the more streamlined playing approach made me miss the days of the occasional free jazz freak-outs and Westerlund’s crash symbol scraping.

This was beautiful music with a propulsive edge, but it wasn’t as shocking or jarring as their shows have been in the past. That didn’t matter on gorgeous, near heartbreaking renditions of songs like “Kill the Horns”, Brad Cook’s unrefined, reedy, repeated exhalation of “sorry for the way it died” drifting through the speakers in lovesick concession. 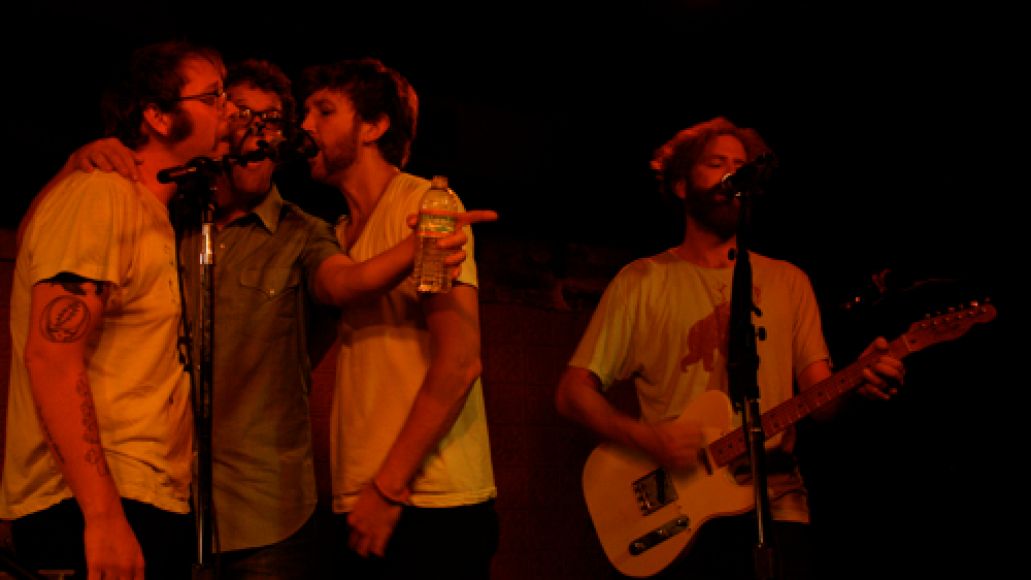 The group mostly stuck to new songs from last year’s Heretofore EP and their self-titled, with Phil Cook switching between piano, banjo, and electric guitar. Westerlund hopped on guitar and took lead vocals for a drumless sing-along on “Second Friend”, just one fun-loving, touching moment among a parade. An encore of “Kaufman’s Ballad” got the crowd most excited, but it was just about all that was touched from 2009’s Gather, Form, & Fly. But people were as happy as the band was, and that’s just about all that mattered. When all was said and done, this just felt like friends watching friends play gorgeous music, human after y’all.