New York City has had its share of 2011 headlines: same-sex marriage acceptance, the 10th year post-9/11, and virtually everything Jay-Z. As a first-timer to the Big Apple, I bit off plenty to chew, but nothing says metal like the Big 4 at Yankee Stadium, and CoS pulled a fast one to take your favorite Carolinian front and center. What, you thought I’d miss this? Fuhgeddaboudit.

Yankee Stadium 2.0 is a real cage for a real monster of a line-up — Slayer, Megadeth, NYC’s own Anthrax, and the one and only Metallica–and though the show got off to a rocky start, it doesn’t take Sherlock Holmes to spot a downhill snowball getting bigger than Jack Frost as time goes by (and I don’t mean “as portrayed by Michael Keaton”). 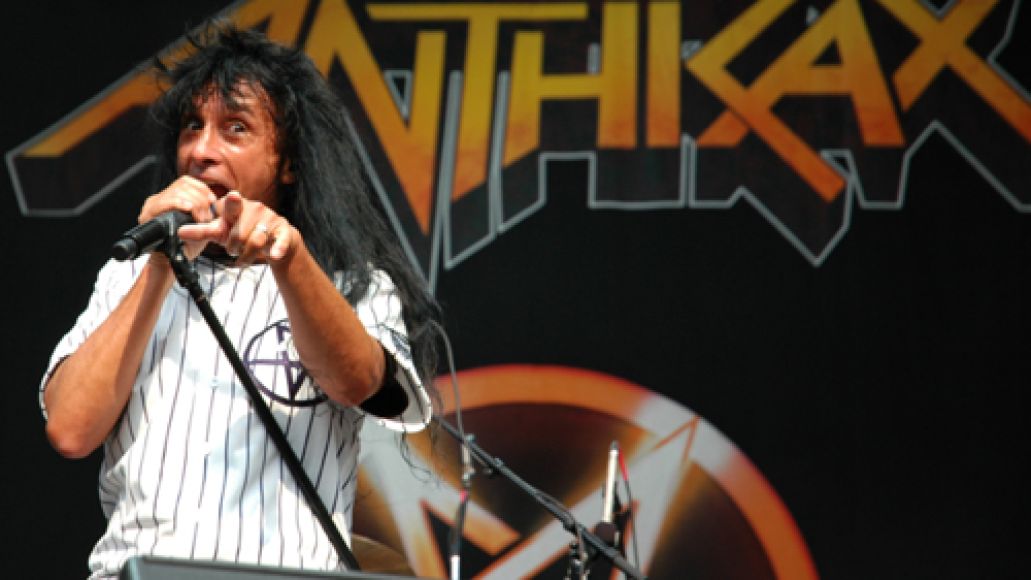 At square one, Anthrax loses brownie points for only pulling a third of the venue’s capacity in its own hometown backyard. Nine songs ran the gamut from all-time favorite “Got The Time” to new release “The Devil You Know” to Judge Dredd nostalgia trip “I Am The Law”. The boys donned mock Yankees stripes bearing the band’s title, showing all sorts of love. In the grander scheme of things, this set should have been an all-out war zone; it was disappointing, though also somewhat humbling.

I still can’t wait to hear the new record, and it’s always nice to know that Anthrax is still willing to play any gig anywhere–just ask the folks who hit up their secret show earlier in the week. 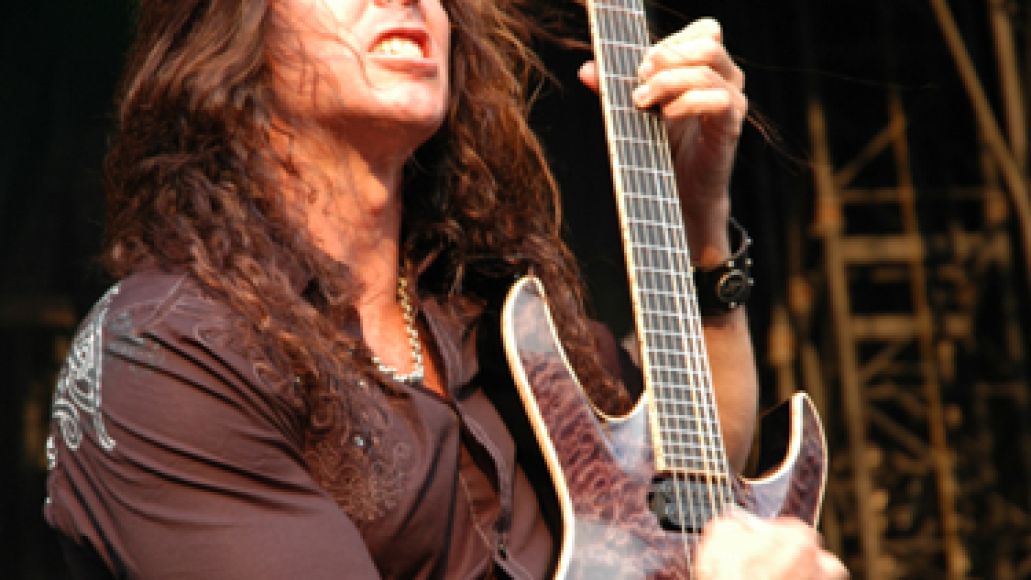 Following both a devastatingly awesome 20th anniversary tour for Rust In Peace— and a lame duck we like to call Mayhem Festival shortly thereafter– Megadeth was poised to make a return with the odds 2:1 in its favor. Sadly, a shoulder injury has left Dave Mustaine rather immobile, and a setlist virtually identical to the Mayhem disaster rendered a highly-anticipated Big 4 presence almost devoid of “oomph”. I personally never really tire of hearing “Symphony Of Destruction” or “Peace Sells” live, as they are classics of the thrash genre and Megadeth’s canon, but this was the Big 4! Where were the deep cuts? Where was the spontaneity? Where were the pyrotechnics? Did it all get spent on Sonisphere? For shame. 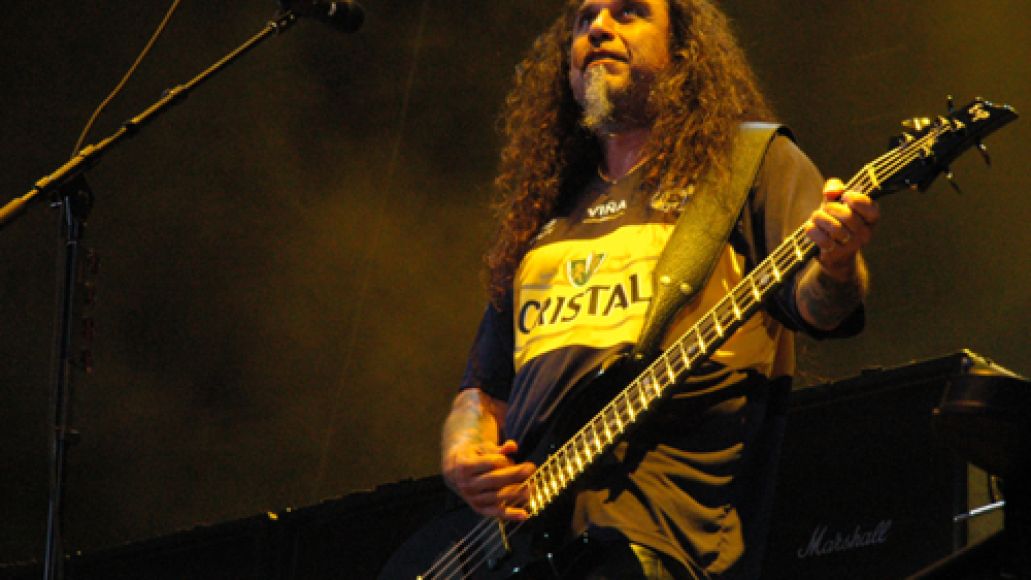 By this point, the Stadium you know and love magically appeared to have sucked in most of the Bronx’s population, and as Slayer entered the ring for massive bloodshed, everything went according to plan. A hefty sum of World Painted Blood tracks made their grand entry via Tom Araya’s distinctive screaming as though he were calling billiards pockets; the force known as Slayer gave no quarter to the moshing madness that ensued during staple inclusions like “Raining Blood” and the piÃ¨ce de résistance that will always be “War Ensemble”.

Rarely does the Slayer setlist shift course to rarities, save for the Seasons of the Abyss celebratory spot during Jagermeister Music Tour. The fact is that almost every song in the Slayer catalog is verifiable head-banging material, except for maybe “South Of Heaven” and “Snuff”. It really doesn’t matter what song they choose to play, because everyone there will divebomb and crowdsurf and beat each other senseless with zero remorse; such is the price when a band like this gets involved, and we were all quite happy to see the beast resuscitated in such a depraved, Marshall-heavy fashion. 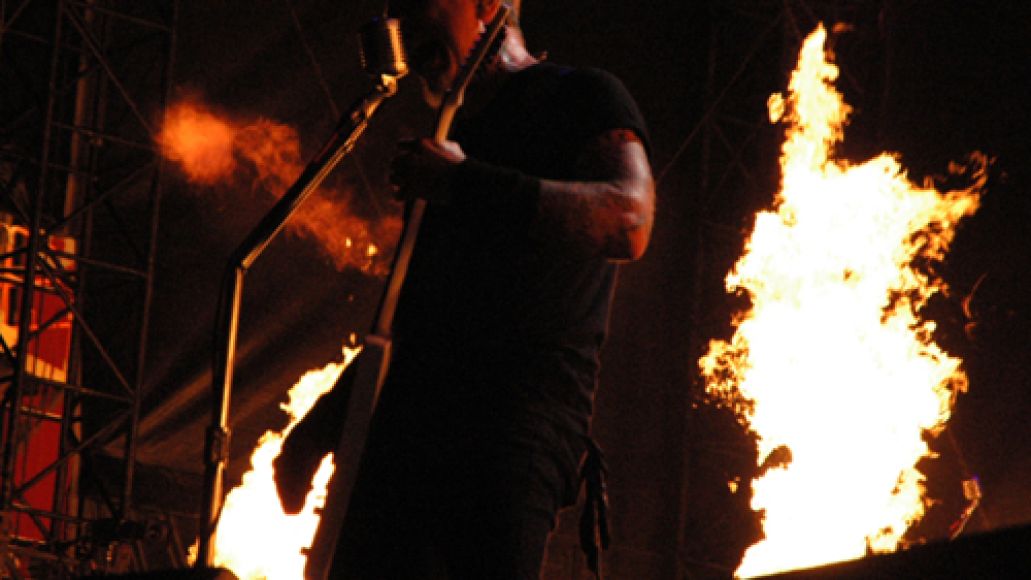 To close out the evening, however, we needed the West Coast takeover to bring a little “San Frantic” to the boroughs.

Metallica, acting as though 2003’s St. Anger had never existed, brought the noise of several early works to the center stage. Opener “Creeping Death” was met with uproarious applause and bridge-worthy audience participation; Hetfield-favorite “Fuel” pounded and thrust its way into the cranium; two Death Magnetic cuts–“Cyanide”, “All Nightmare Long”–seemed right at home amidst every superior mainstay on the docket; “Nothing Else Matters” and “Orion” both remained relatively somber, while closing encore “Seek & Destroy” tore the diamond down to carbon atoms. 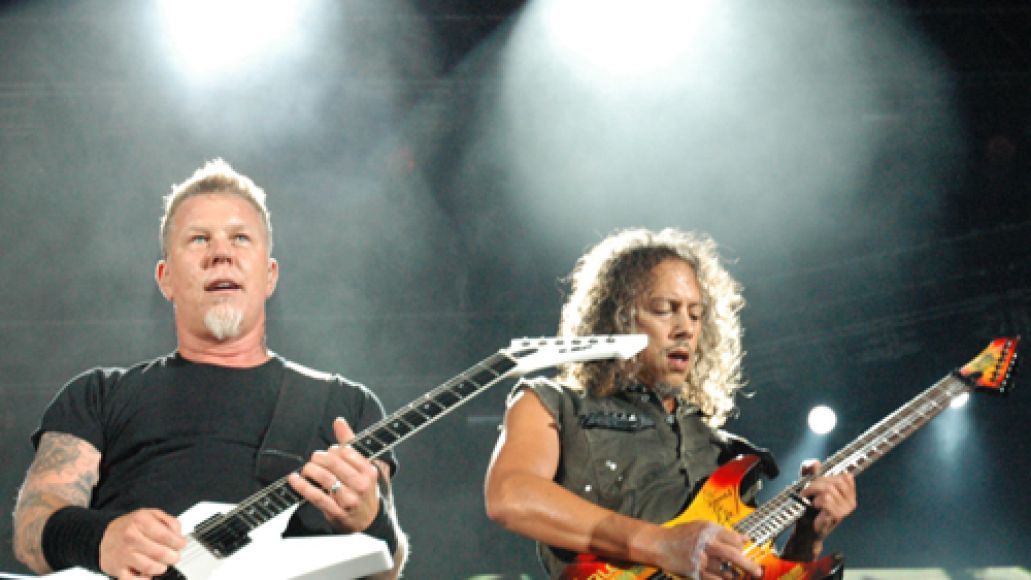 Is there anything else like Metallica? As the sole band on site who bothered with pyrotechnics or video introductions (see: “The Ecstacy Of Gold”), is it any wonder that the Californian metal act managed to live up to its epic reputation? In the mainstream and in the eyes of metal fans, for anyone who may have still had some semblance of doubt about Metallica’s gargantuan return to thrash roots, the Big 4 at Yankee Stadium was a big middle finger to you. If only the first half had been so undeniably raucous.

Now, if you’ll excuse me, I have a Greyhound to catch, a melted face to reconstitute, and a wheelchair-bound metal fan to salute for surfin’ in his seat. Horns up, folks! 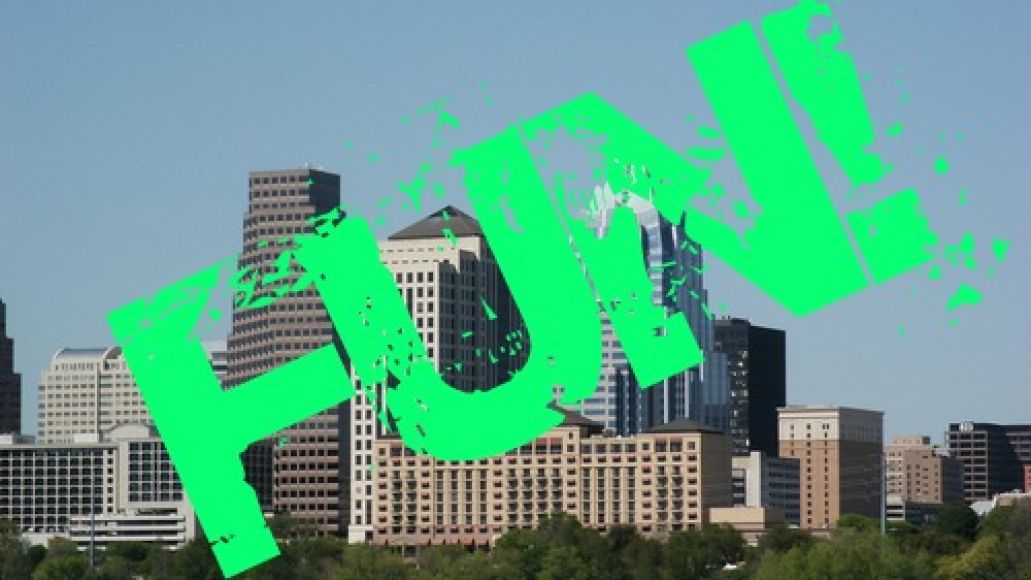