There was nothing remotely laborious about catching rock acts Mini Mansions and The Kills at Vancouver’s Commodore Ballroom this past Labor Day. But if anyone was working on this last day of freedom before school and autumn kick in, it was Alison Mosshart of The Kills. With her red mane, long black-clad body, she looked like the best kind of “Sour Cherry” as she worked the crowd into a near riotous frenzy.

But before we get too carried away with all the panther-like layers that is Mosshart, let’s go back to the start. LA-based Mini Mansions tipped off the night, playing to a half-full ballroom, but what the audience lacked in size, they made up for in enthusiasm. Featuring Queens of the Stone Age’s bassist Michael Shuman, Zach Dawes, and Tyler Parkford, Mini Mansions is a lot of sound and flavor in one neat little package. Sounding every bit as good as their wonderful debut album Mini Mansions, the trio brought their complex, vaguely-orchestral sounds to life, winning over the crowd with a moody cover of “Heart of Glass” and their melodic single “Monk”. 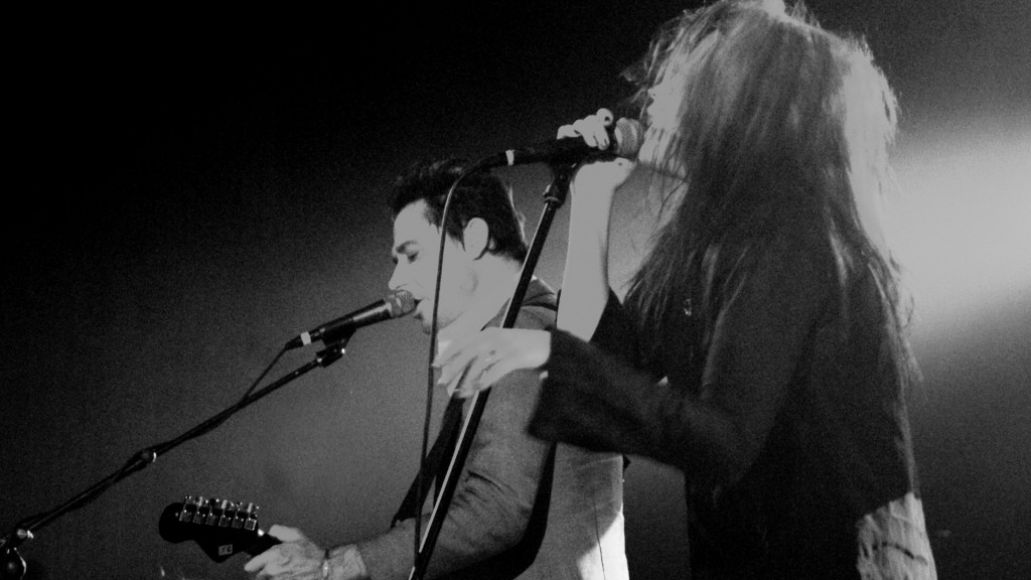 After Mini Mansions, Eleanor Friedberger‘s brand of indie rock made The Kills fans extra impatient. Friedberger was a bit too sleepy as an in-between act and failed to ride any momentum that Mini Mansions built earlier.

No one can refute that fact. Mosshart’s vocals were dead-on, whether they were tender and soulful for the tear-inducing ballad of “Last Goodbye” or manic, guttural cries for “DNA” and “You Don’t Own the Road”. Hince was in top form, as well, letting his enigmatic partner prowl the stage while still holding his own with his own dapper charm. The pair have such a wonderful chemistry, it’s hard to accept that they aren’t a couple in real life (Hince just recently married Kate Moss). A quiet rendition of “One Silver Dollar” (which Marilyn Monroe once sang) had the duo sitting at the foot of the stage, serenading each other like they were the only two people on earth. 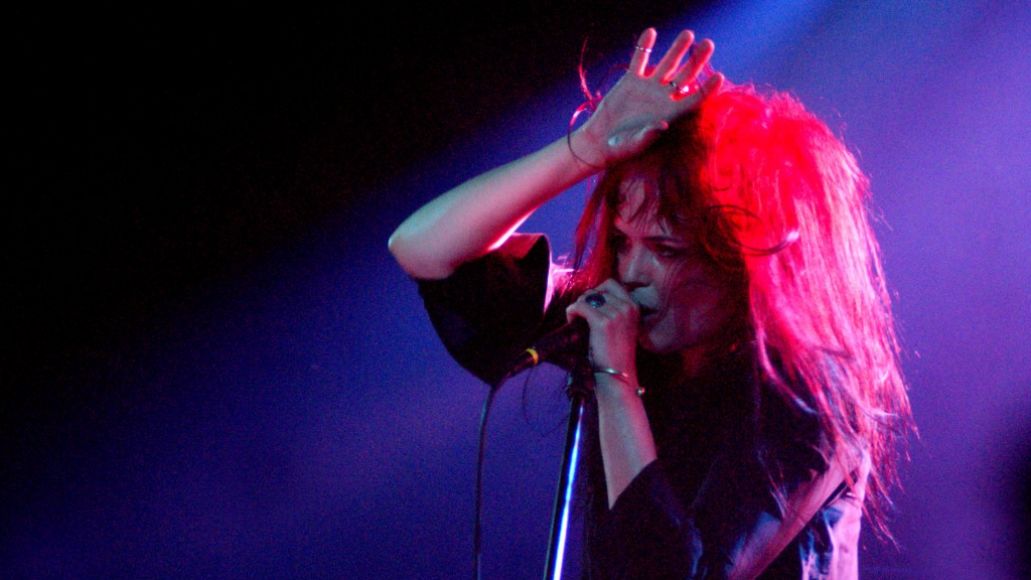 The only complaint about the show was that it seemed a bit short. Not that an hour and a half is anything to sneeze at, but when you’re watching a group as dynamic as The Kills, no set will seem long enough. Even the sweaty, enthralled audience could have kept thrashing into the wee hours of the night. Yeah, Labor Day was killed in the most delicious way.