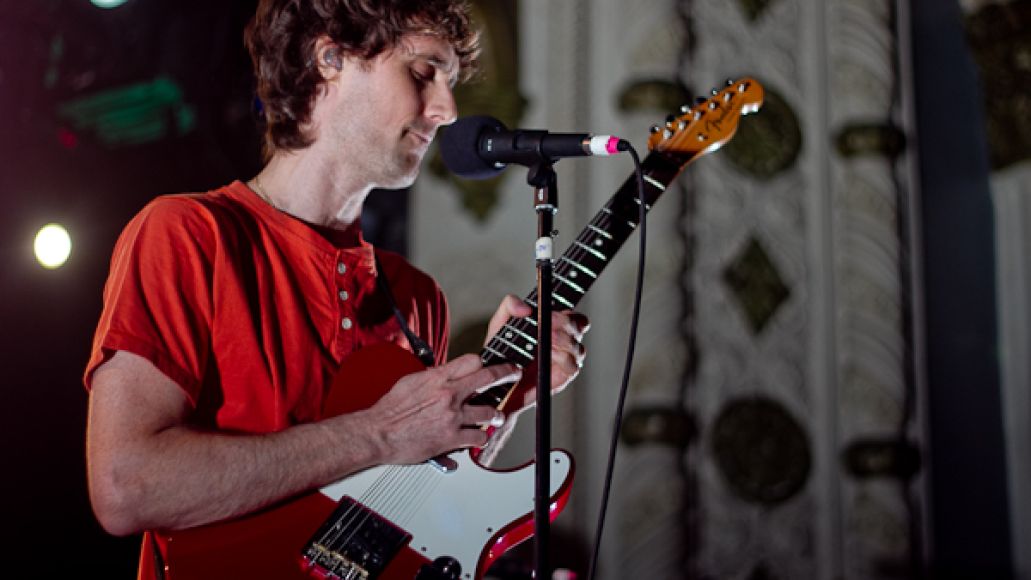 Six shows into a world tour that lasts until late November, dance-punk pioneers (or revivalists, depending on your age) The Rapture stopped by Chicago’s Metro and powered through an hour-long performance that at times had behind it the experimental feel of a band finding its groove. When they were in it, they settled in deep, all pulsing beats and muscled bass that spun the crowd into a delirium.

The band wobbled out of groove mid-show when they laid down the drumsticks, guitars, saxophone, and let treble-heavy synth and looping take over. Over-amplified, a looped cowbell (or maybe it was a hollow, synthesized clap) tapped joylessly like a reflex hammer to the eardrum. It was either built-in get-a-beer time, or The Rapture was playing trial-and-error with their set list to find the right flow, because this briefly drained the momentum out of the show.

But the break detracted only a little from an otherwise moving show and served as a contrast to the feral soul of what came before and after, a wild pigeon-headed bobble with knees and elbows sticking out everywhere and fist held high. 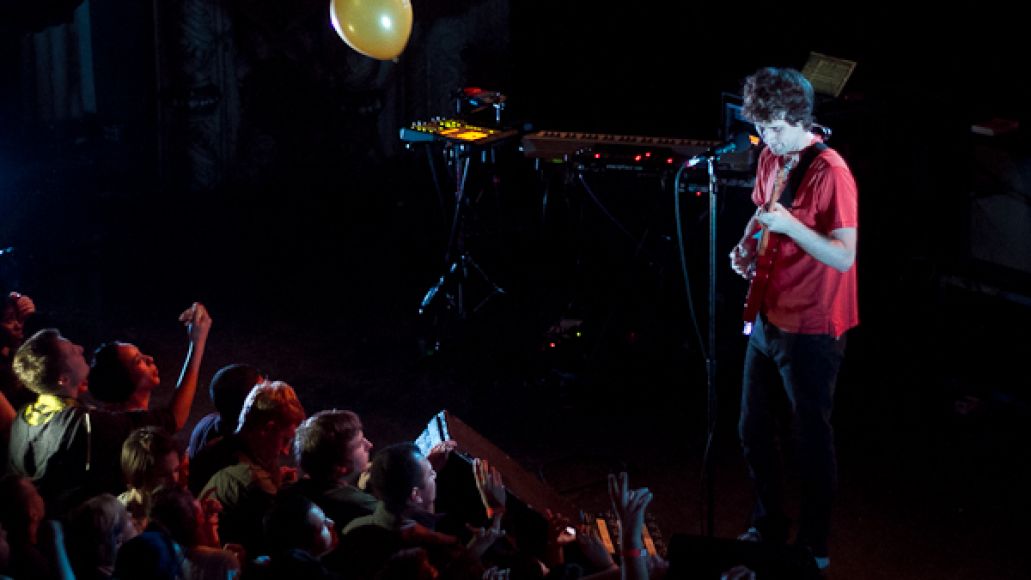 Luke Jenner’s voice floated over it all like a drop of mercury, as pure-sounding as a decade ago on the EP Out of the Races and onto the Tracks and full-length Echoes. Bassist Harris Klahr, who has replaced Mattie Safer, ably sang backup, and their voices smeared together, a perfect blur of rough and smooth, into a blissed-out howl on “Whoo! Alright-Yeah… Uh-huh!” At this point, Gabriel Andruzzi busted out one hell of a cowbell solo, hopping jubilantly from foot to foot and waving his drumstick suggestively.

“Whoo! Alright – Yeah… Uh Huh” gave way to some frankly adorable crowd surfing, as Jenner politely mimed his request for permission to dive before getting a jogging start into the raised hands, looking like a gangly kid in onesie pajamas leaping onto a mattress.

The night’s progression of songs took an unusual arc and eschewed the orthodox choice for a band 10 years past its early glory (best-known songs sprinkled apologetically with new material, dutifully ending with the biggest hit). The Rapture bookended the show with songs off their first album in five years, In the Grace of Your Love, finishing with the title track. The deliberate plod of the song, slower than on the recording, grounded the frenzy of the night. Jenner finger-tapped his guitar nimbly over the slowed beat, then built the song’s second half into a spiritual fervor, with Andruzzi’s honking, squealing sax clawing through the wail of the repeated, insistent question, “How deep is your love?”

The past five years have been rocky for The Rapture. Jenner quit three years ago and has explained his return as a gradual realization that he needed it. The band’s conviction is strong enough to make us need it, too.