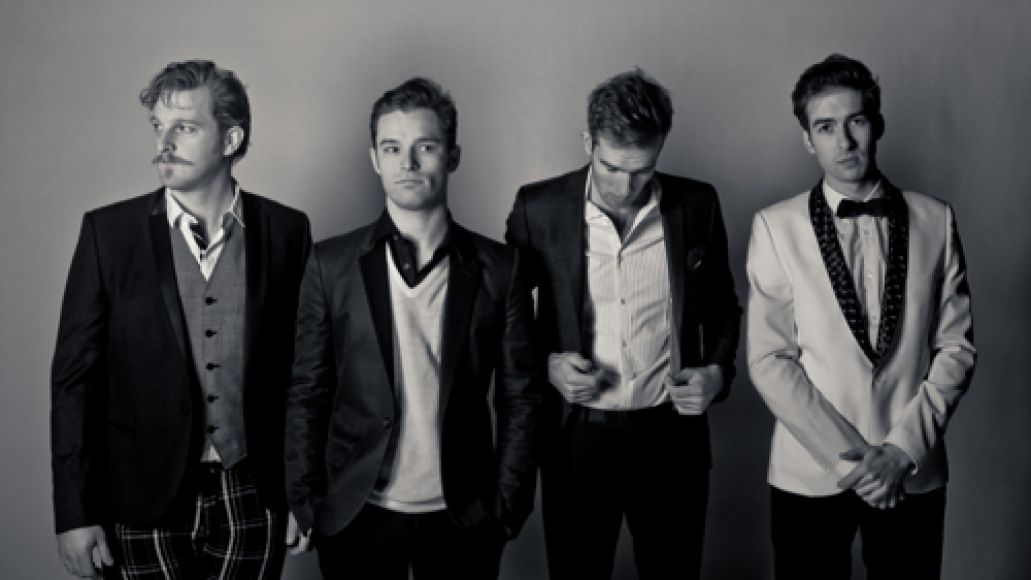 Madison, WI indie rockers Locksley described their recent self-titled LP as “doo-wop punk”. Despite the massive gap between genres, the sound itself is a high-energy blast of pure rock and roll abandonment tailor made for live gigs. Thankfully, there’s plenty of chances to do just that as the band have announced additional U.S. tour dates for this fall.

With a few shows later this month, the real action kicks off on October 1st in Modesto, CA. From there, it’s on to rock hot spots like LA, NYC, Chicago, IL, and even a random gig in Japan before wrapping up on November 19th in Roanoke, VA. Check out the entire itinerary below.

Just before their tour schedule, though, is the fan-created video for “The Whip”. Featuring the best dance moves from Patrick Swayze to Prince and even Garth Algar himself, it’s the Riverdance of mash-ups.

Locksley is out now via the band’s own Feature Records.

Locksley hit the road this fall