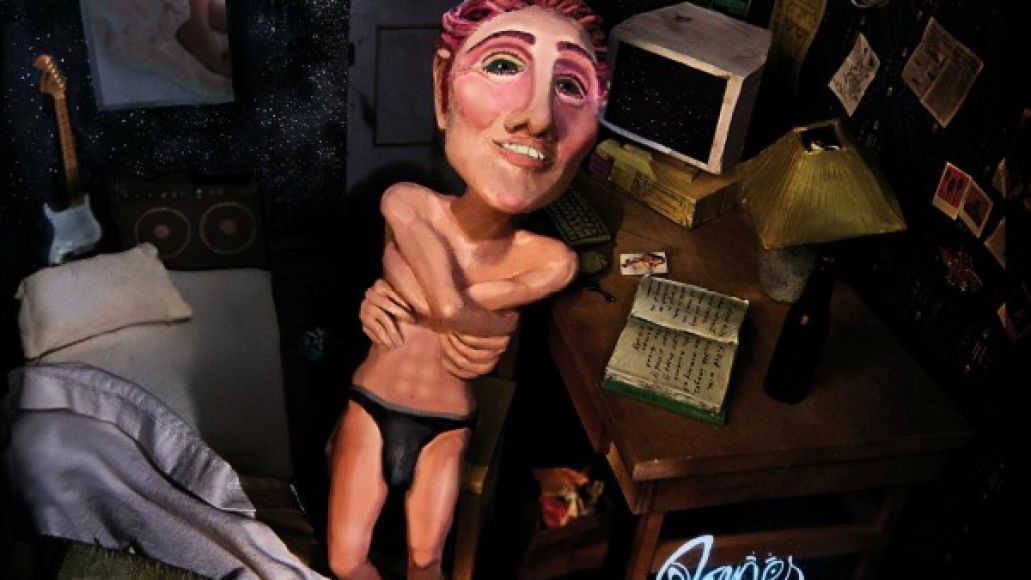 For those keeping score at home, The Great Escape Artist is Jane’s Addiction’s third LP cover to feature a nude or semi-nude figure, and at least their seventh official release to feature some form of undress on the cover. But, it’s not 1987 anymore, so they’ve switched things up a bit, showcasing a generous lower half instead of their traditional fixation on toplessness.

That being said, it’s actually a pretty striking image. Most immediately recalling a diorama of a college dorm room, the artwork makes clever use of frames within frames, and tilted, almost German Expressionist angles. At the center of the piece is a subtly floating, overtly warped image of a young, crimson-haired Perry Farrell, with Dave Navarro’s inhuman abs mixed in for good measure. The line of his impossibly contorted arms and the skewed perspective of the room draw the viewer’s attention to the massive phallus hidden beneath his skintight Speedo. We’re not exactly sure what anybody would want to escape from…

The Great Escape Artist is due out October 18th, via Capitol Records. Below, you can find the video for the album’s lead single, “Irresistible Force”. It too features nakedness.