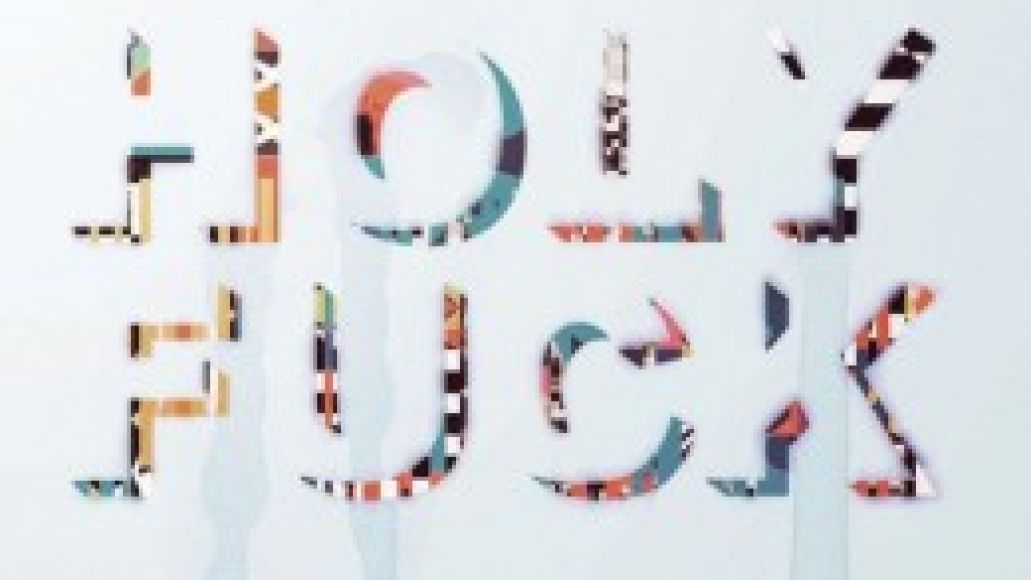 For the past few months, AC Entertainment has been surprising festivalgoers with the ever-evolving lineup for their second annual Asheville-based Halloween extravaganza, Moogfest. From now until the weekend of the festival, we will be sporadically putting the spotlight on some of the talent that can be found on the eccentric lineup. Today, we feature Canadian quartet Holy Fuck.

Holy Fuck has never been a band to seek out the spotlight. (It comes with the territory of having that word in your name.) Despite the foul moniker, the Toronto-based sonic scientists have found plenty of success on their own terms. After three well-received albums and years of touring, they’ve become one of the most dependable live acts on the circuit – opening for bands from Modest Mouse to M.I.A. The band creates an exciting atmosphere when they play live, creating music out of things like film synchronizers and toys. They make electronic music out of analogue equipment, a blend that fits right in at Moogfest. We spoke to Graham Walsh about the group’s current plans and their upcoming appearance at the festival.

So what is Holy Fuck up to right now?

Graham Walsh: We’re at home, relaxing, enjoying the beautiful weather. I think…we’re maybe thinking about working on new material, but mostly just taking a bit of a break.

Have you guys ever been to or played Asheville?

We did – years ago. We opened up for Wolf Parade on one of the first tours we ever did. We played at the Orange Peel, and yeah, it was awesome. Unfortunately, we have never been able to go back, but I’m really excited that we are for Moogfest. We had such a great time there. I’m excited to come back for sure.

What did you think when you were asked to play Moogfest?

Actually, we were stoked. We’re big fans of Moog, and we’re definitely honored to be a part of the lineup. The bands that are playing are amazing. I remember seeing the lineup last year, and it was just like, damn, incredible bands are playing it. It’s just cool that we get to go and be a part of it. 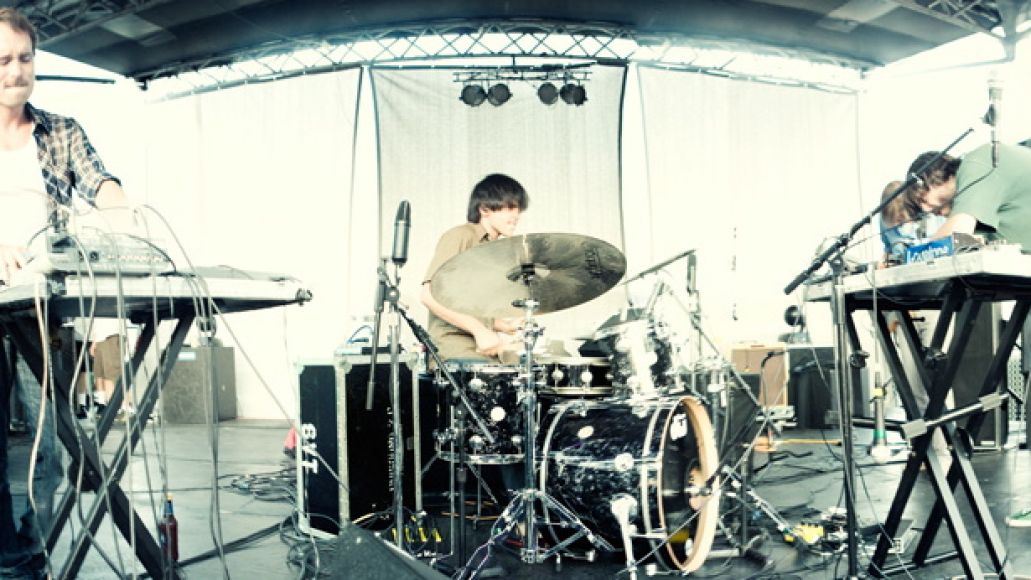 How does it feel to be playing alongside legendary bands like Suicide and Tangerine Dream?

Oh, yeah. I mean, it’s one of those things where I probably wouldn’t be able to see those bands otherwise. Like, how often do you get to see Tangerine Dream play?

What are your thoughts on the legacy of Bob Moog?

The first synth that I ever owned was a MiniMoog, and it completely opened up my eyes to the electronic music world and making it. So, he definitely had an impact on what I do in the band, for sure, anyways, with the synths that I got.

How do you feel about playing festival shows versus your own shows where people would be coming specifically to see you?

They’re just two different animals, I think. We get asked that quite a few times, like, “What would you rather play, a festival or a club show?” Each of them, as long as you’re in the appropriate headspace for wherever you’re playing, each one can be good for its own reasons. Like, club shows where people are coming to see you are fun. Obviously, we’ll play smaller venues, and it’ll be sweaty clubs where everyone is right there with you. That just has a certain energy to it that’s just amazing when it’s going very well. Festivals are a completely different thing, but they’re also super fun in their own way. You get to maybe play for people who wouldn’t normally see you, and you’re playing for bigger audiences. It can be a little bit more hectic. You know, sometimes you don’t get a sound check or a proper sound check, but that brings a certain energy to it as well, that frenetic energy that comes with just throwing your stuff up on stage really quick in front of lots of people. It brings an energy to the performance.

Moogfest kind of combines the two worlds, because it is a festival with people who may not have seen you otherwise, but at the same time, it takes place in clubs and theaters.

Yeah, for sure. It should be good.

Moogfest falls on the weekend right before Halloween; do you guys have any costumes planned yet?

[laughs ] No, not yet. We played a Halloween show…I guess it was last year. We sorta dressed up. I think we just put nylons on our faces, and it looked kinda weird. But, I dunno, we sorta had this idea of dressing up like the classic Munsters, but I’m not gonna make any promises…it’s too early right now.

What can fans at Moogfest expect from your show?

You know…who knows? I dunno! Maybe we’ll have some new stuff. I don’t wanna promise anything, but the festival isn’t til the fall, and we’re working on stuff, so…

Are you attending Moogfest? Grab your tickets now, or stay tuned over the next few weeks for our exclusive giveaway!