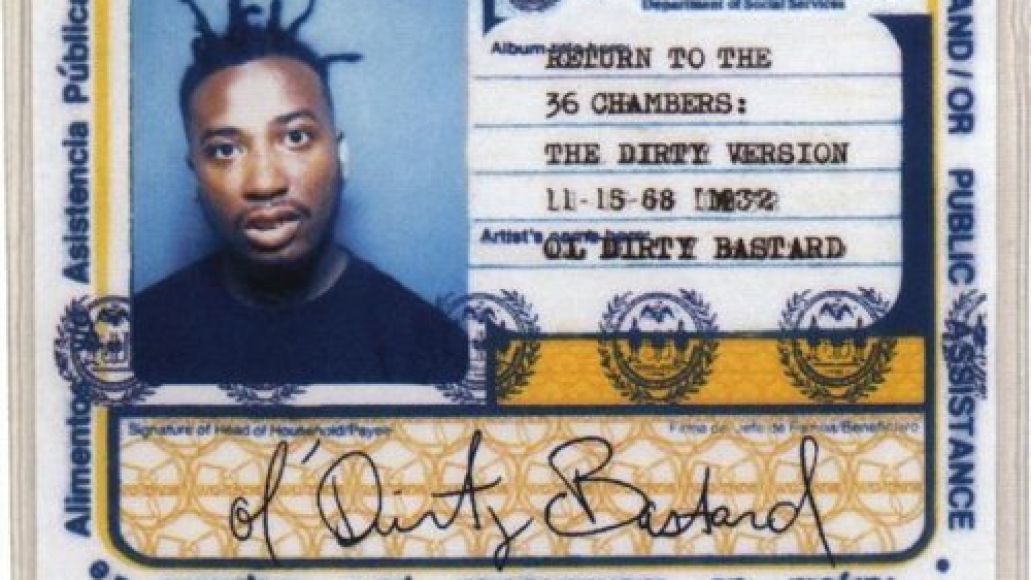 One of the most enigmatic characters in the history of hip hop is getting his posthumous second chance it seems, as Ol’ Dirty Bastard‘s legendary Return To The 36 Chambers will receive the reissue treatment this fall. To date, the original 1995 release remains one of the more solid solo efforts from the Wu-Tang tribe, providing some genuine insight into ODB’s thoughts and feelings. Come November 22nd, courtesy of Get Down Records, fans will get even more access into the late rapper’s mind.

In fact, they’ll get more than just that. As HipHopDX reports, the Deluxe Edition includes a deluxe bill-fold wallet, a laminated “food stamp” card (a nod to the album’s original cover art), a tour poster, a promotional sticker, in addition to extended artwork and liner notes. There will also be another disc featuring 12″ versions, remixes, instrumentals, and acapellas – but that stuff’s expected. The wallet and food stamp card? Priceless.

An official tracklist is pending, but we’ll keep you updated. In the meantime, watch this video to remind yourself just why you still love this crazy Bastard.