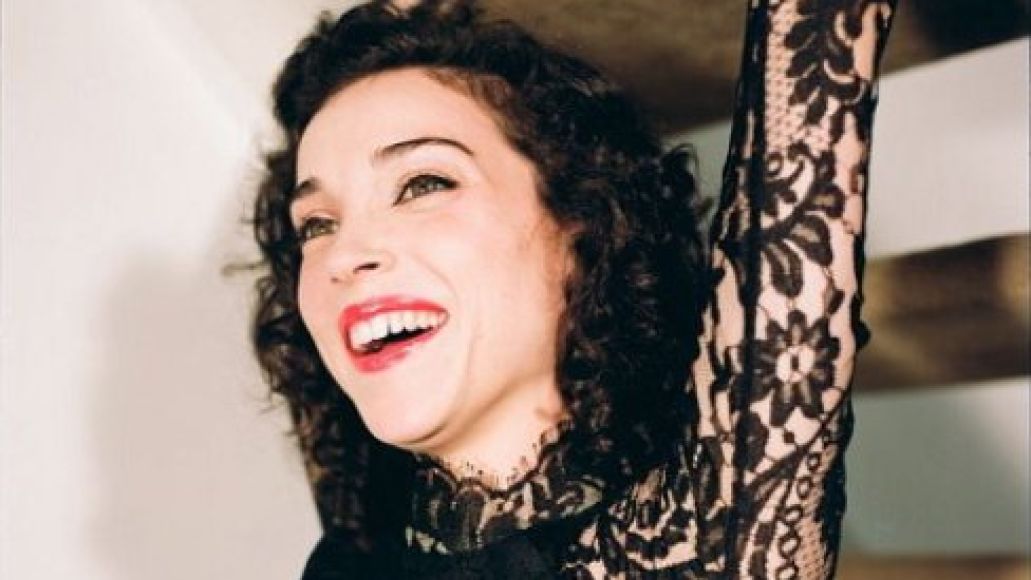 St. Vincent (the adorable and uber talented Annie Clark) and Thunderant (the comedy duo of Fred Armisen and Carrie Brownstein) have history. In early 2010, the Portlandia leads were in St. Vincent’s video for Actor‘s “Laughing With A Mouth Of Blood”. The end result (available for viewing below) was a hilarious and awkward rock concert in a feminist bookstore. Now, nearly two years later, the three are hooking up once more  in the name of comedy when Clark appears on an upcoming episode of Portlandia.

In an interview with Exclaim!, Clark explained that she “heard from them in the past month or so, when I was out in L.A., and they said ‘Why don’t you come up to Portland and be on the show?'” Being friends with the pair, Clark immediatley agreed to a cameo, revealing she “played a waitress, and then I played a cop-uniform model. I got to be in a scene with Kyle MacLachlan… It was so cool, and he was such a gentleman.” God, Agent Cooper has all the luck.

No word yet on when the Clark-featuring episode will premiere, but Portlandia‘s second season is scheduled to air beginning in January 2012.

In addition to her acting turn, head over to Pitchfork to listen to Clark’s orchestral composition “Proven Badlands”. The piece was put together for six-piece orchestral ensemble yMusic’s debut full-length, Beautiful Mechanical. The album, in stores on September 27th, also features compositions from Gabriel Kahane and My Brightest Diamond’s Share Shara Worden.

St. Vincent set to appear on upcoming episode of Portlandia