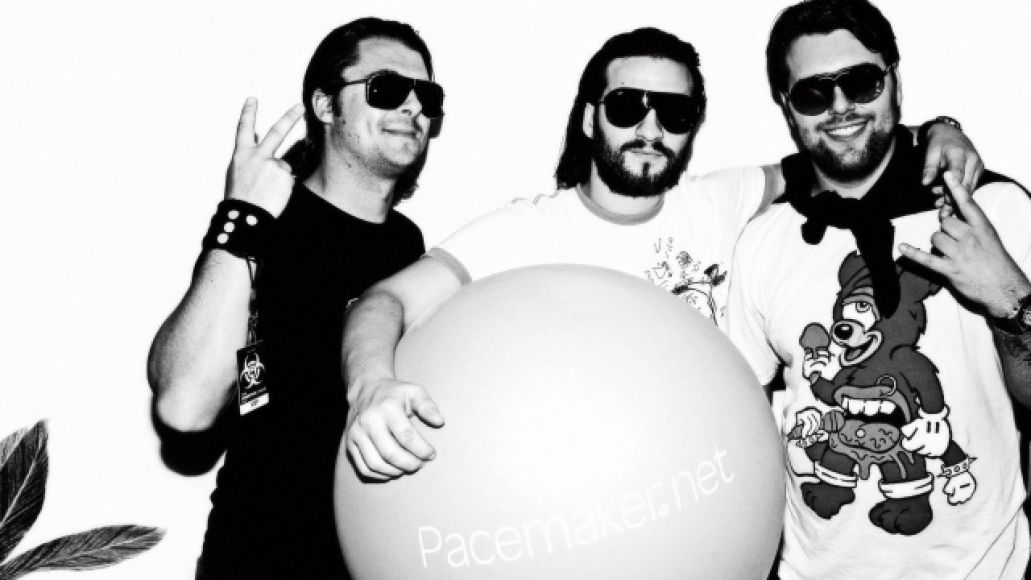 Over little time, rave super-trio Swedish House Mafia (Sebastian Ingrosso, Axwell, Steve Angello) have risen to the top of the house music world. Joining forces in 2008, the trio didn’t release a proper album until 2010, but they’ve seen a massive increase in popularity regardless. For those in disbelief, look no further than their forthcoming headlining gig at New York’s widely-celebrated Madison Square Garden, where they’re set to perform on December 16th.

That’s not all. Their juggernaut success has also carried overseas, where next July, they’ll hit up one of the UK’s premiere arenas: Milton Keynes National Bowl. Mind you, this venue can house up to 65,000 attendees. But they’ll need all the space they can get for their nine-hour show which will feature a variety of guests and run on a theme, which has yet to be announced for either event.

Both shows are being dubbed “One Night Stand” which goes hand-in-hand with the group’s forthcoming live album of the same name. While a solidified date is still pending, it is confirmed that the album will include their very popular remix of Coldplay’s “Every Teardrop Is A Waterfall”. We figure it’ll be fine as long as this kid has nothing to do with it.

These two shows are their only two on the agenda, and they are listed again below, following the official live video of their hit single “Save The World”. Tickets for their December gig at Madison Square Garden go on sale September 30th at 10 a.m. ET.