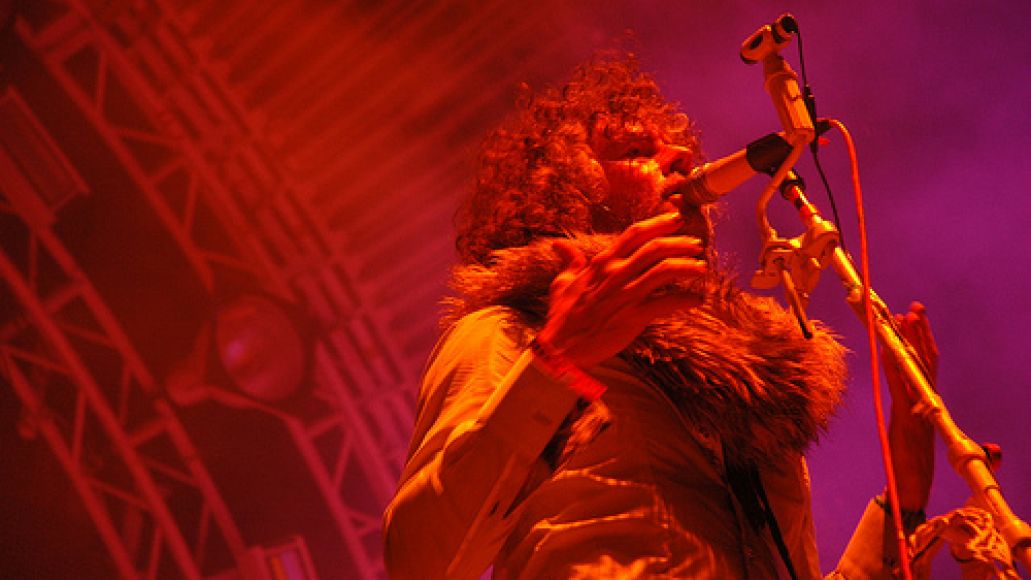 Do you want your name in a Flaming Lips song? Don’t worry, they’ve got plenty of room for it – six hours worth in fact. In their ongoing effort to be weird, the Oklahoma psychedelic troupe is now offering its fans a chance to include themselves in what will go down as their longest, most ambitious song yet. For a $100 donation to the Oklahoma Humane Society, Wayne Coyne & Co. will sing your name on the 360-minute track, titled “Found A Star On The Ground”. It won’t necessarily be a collaboration per se – like they’ve done recently with Prefuse 73, Neon Indian, MGMT, Weezer, and Lightning Bolt - but it’ll surely thrill any average Lips fans. So, if you’re willing to impart your namesake to avant-rock legacy, head over to www.flaminglipssixhoursong.com.

There’s no word on when the epic number will surface, but we’ll keep you updated. In the meantime, re-watch the video for “I’m Working at NASA on Acid”, from The Lips’ recent collaborative EP with Lightning Bolt, below.

The Flaming Lips will put your name in a song