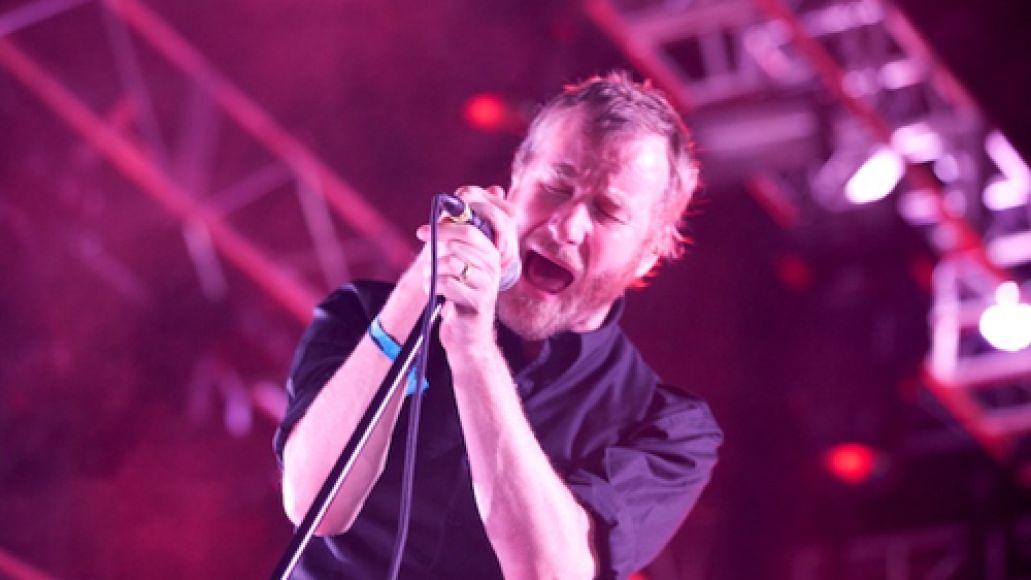 The National aren’t yet done touring behind last year’s CoS Top Star-earning LP High Violet. After playing Japan and Australia in November, the Brooklyn-based outfit will return stateside for three more weeks of touring. Kicking off in Vancouver on November 29th, the tour bus then hits Seatle, Chicago, and Austin, among other cities, before concluding with a four-night stand at the Beacon Theatre in New York City. Along the way, they’ll share bills with Neko Case, Local Natives, Wye Oak, and more. Check out the band’s complete itinerary below.

Update: As West Coast Sound points out, The National were joined by St. Vincent’s Annie Clark during their performance at the Hollywood Bowl in Los Angeles last night. Below, you can watch video of the frequent bedfellows teaming up for “Sorrow”.