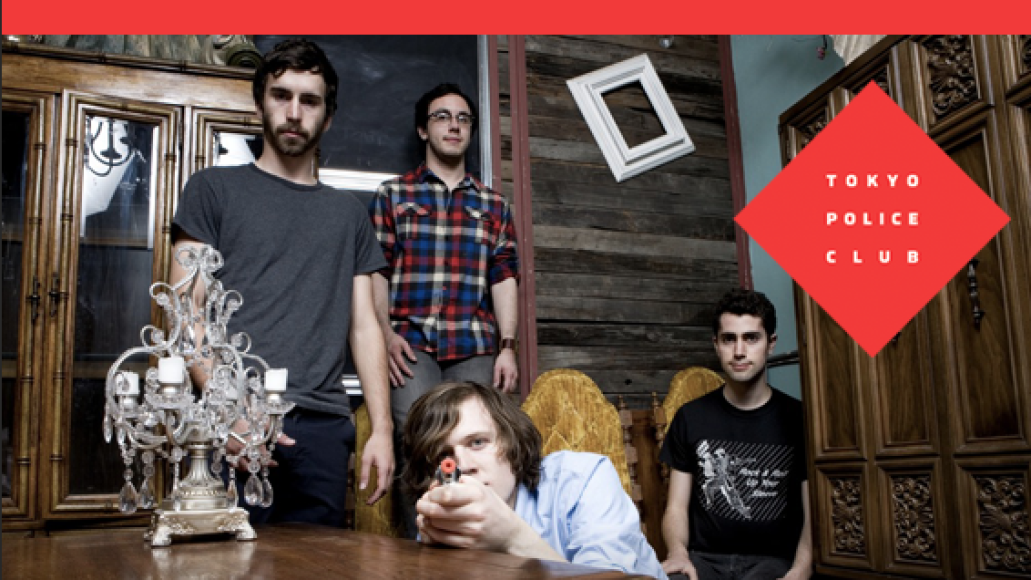 After today, not a soul will dare accuse Ontario’s indie-rock outfit Tokyo Police Club of being lazy; the band has just completed their ambitious ‘Ten Days, Ten Covers, Ten Years’ project. For those unfamiliar, the basic rules of this undertaking were simple. Every day, for 10 consecutive days, the band locked themselves in their studio at 12 pm PST and then gave themselves 10 hours to rehearse and record a cover song from each year of the previous decade. Think The Canterbury Tales but with a Velvet Underground-obsessed Chaucer at the helm.

The tracklist for the project kicks off with 2001’s “Southside” by Moby, which featured Gwen Stefani, then nose-dives right into 2002’s “Sweetness” by Jimmy Eat World (which you still listen to from time to time, admit it), then seamlessly drops you into 2003’s “Under Control” by The Strokes. Rounding out the rest of the decade are songs by Kelly Clarkson, Queens of the Stone Age, Phoenix, LCD Soundsystem, M83, and even Miley Cyrus. Seriously, don’t you want to burn this thing onto a CD and play it on your Discman while patiently waiting for another episode of The Osbournes?

With the last cover finally mixed and recorded, the band has officially announced a digital packaging release date for the project. On October 4th, you can get the entire Ten Days, Ten Covers, Ten Years project from iTunes or off the band’s website. Or, just stream the entire effort below. And while you Generation Y’ers are reminiscing about simpler times when The Strokes had only released one perfect album, Pluto was still being called a planet, and the Numa Numa Guy was the funniest thing you’d seen in your life, you can tide yourselves over by salivating over Tokyo Police Club’s tracklist for this upcoming release.