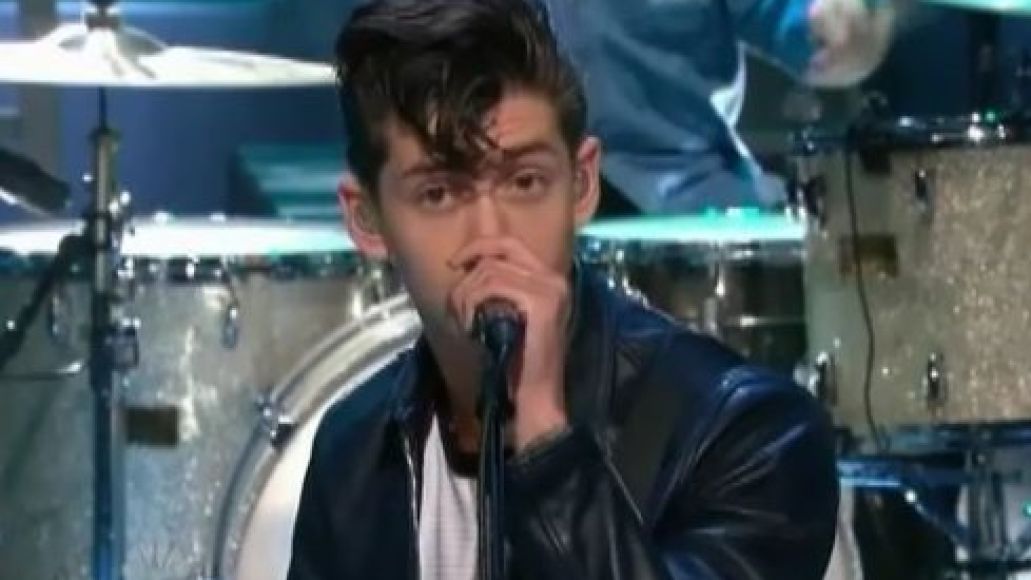 Nowadays, lots of musicians seem to have an obsession with bits and pieces of music’s grand history. Whether its the mutated girl group sounds of the Vivian Girls, the melancholy surf rock of The Drums, or even the Crosby, Stills and Nash homage of a Blitzen Trapper, what’s old is very new. In a September 26th appearance on The Tonight Show with Jay Leno, Arctic Monkeys pay their respects with the especially boss pompadour of frontman Alex Turner. And even with drummer Matt Helders looking like an extra from Grease, the sounds of “Reckless Serenade” are anything but a throwback. As they do on record, their live performance transcends boundaries to achieve pure rock fun. Check out the video below, all you cool cats.

The band’s new album, Suck It and See, is out now. Thanks to The Audio Perv for video support.