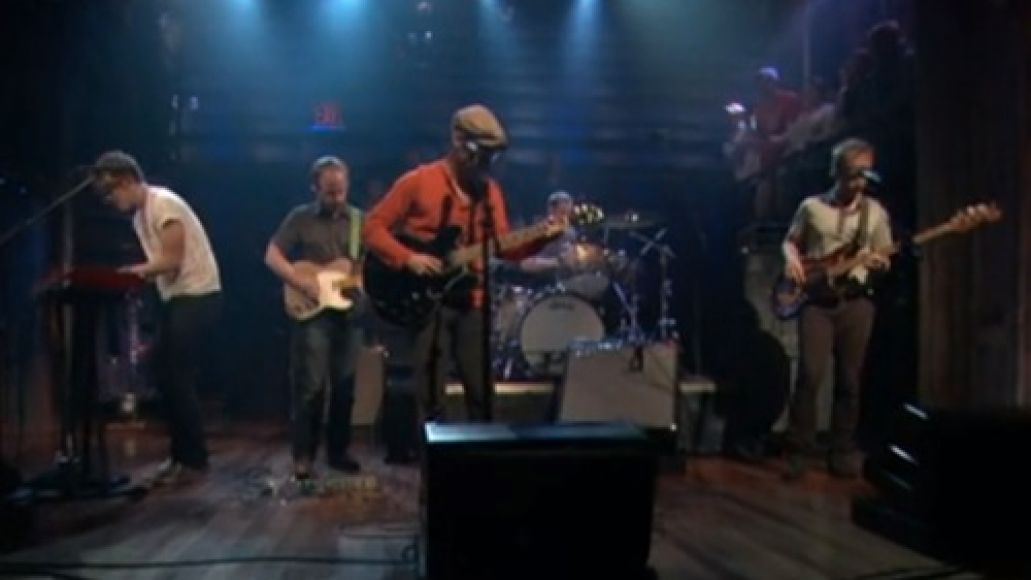 Two years ago, Clap Your Hands Say Yeah appeared on the third-ever episode of Late Night with Jimmy Fallon. This was strange for two reasons: 1.) the band had just announced a lengthy hiatus and 2.) they performed an unfinished demo called “Statues”. Fortunately for them (or perhaps the result of their own doing), video of said performance is nowhere to be found.  So call it redemption, or the result of an active band performing a completed song, but the NYC-based indie rockers came out swinging on their second appearance on J-Fal. Supporting their recently released third LP Hysterical, CYHSY dished out crisp rendition of their single “Same Mistake”. The video replay is yours to check out below.

Hysterical is out now.