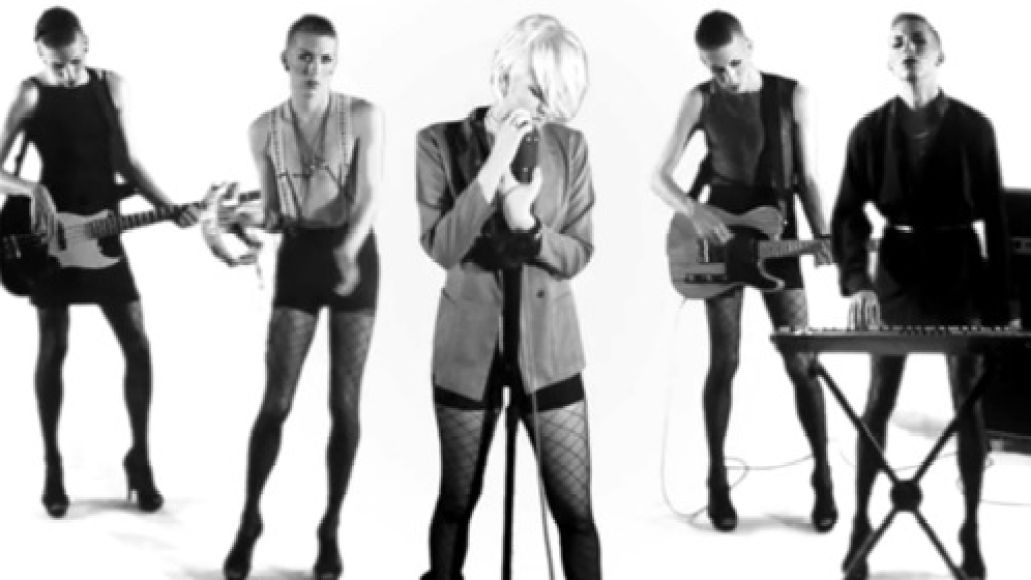 In the ’80s, singer Robert Palmer unveiled two music videos, “Simply Irresistible” and “Addicted to Love”, that featured a plethora of doppelganger models swaying back and forth and acting as his passion-less back-up band. Adding new life to the concept, EMA cast an androngyous male for the same soulless rock posturing in the clip for “Marked”. While Palmer’s clips were all fun and done tongue-in-cheek, the EMA clip, which band mastermind Erika M. Anderson co-directed, shot, and produced, is decidedly dark and creepy. But at least the male lead looks killer in those black fishnets! Check it out below (via Pitchfork).

EMA’s debut LP, Past Life Martyred Saints, is out now. A 7″ single of “Marked” b/w “Angelo”, the latter featuring Mz’Gorjis of Oakland, CA’s Platnum Platnum Glam Squad, will be released digitally on November 8th and physically on November 15th via Souterrain Transmissions.

EMA also recently visited Daytrotter and you can catch the entire session here.