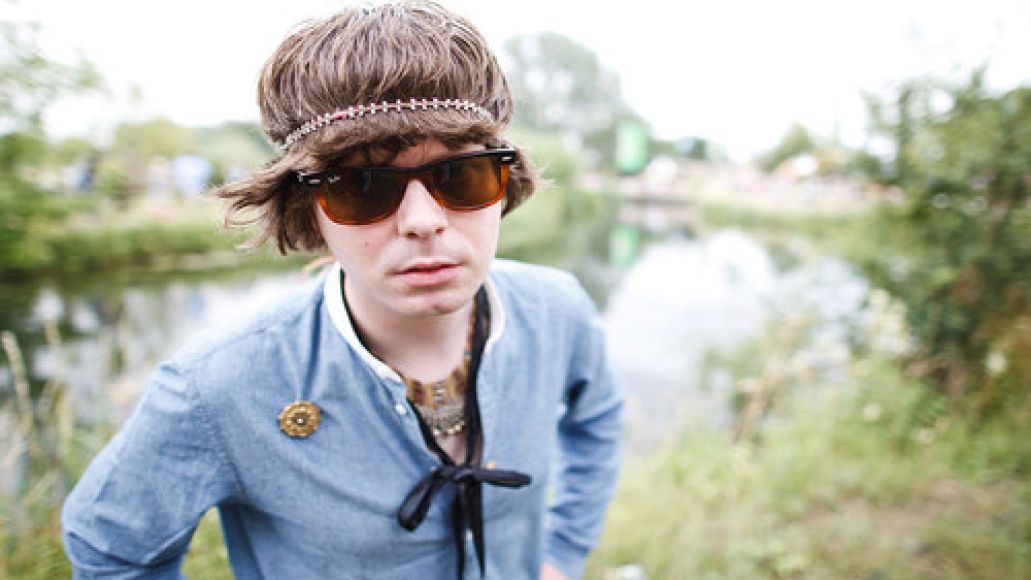 There may not have been some dude shouting “Judas!” when folk-troubadour Fionn Regan went electric on last year’s The Shadow of an Empire, but the change in style was definitely acknowledged and disputed amongst fans of the Irish-born, british-based singer/songwriter. This past August, however, the ever-changing Regan was at it again when he issued his latest LP, 100 Acres of Sycamore, incorporating yet another sound: lush strings and piano.

If the elegant new approach wasn’t quite back to basics for the Mercury Prize nominated singer, it was a step in yet another daring direction for the shape-shifting Regan. Sometimes though, less is more and this is proven on the brand new spellbinding and stripped-down video for the title track off 100 Acres of Sycamore. Drowned in lonesome sepia, Regan sits against a tree with nothing more than his guitar and an audience of no one. He asks, “Is there anyone there?” Keep him company by watching the video below (or at Cluster 1) and letting that simple folk splendor softly unravel and take you over.

100 Acres of Sycamore will hit U.S. music shelves January 31st, 2012. Fionn Regan will also be taking his act over to the U.S. next month for a small string of very special shows on the East coast.