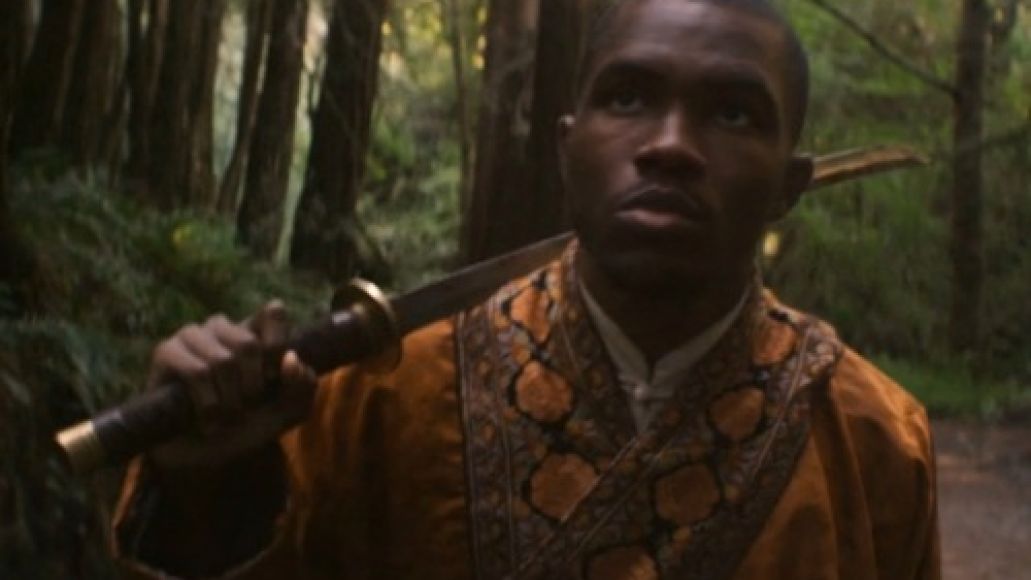 Frank Ocean is back with his second new video in as many days. This one is for “Swim Good”, from his mixtape Nostalgia, Ultra, and it features productions by NABIL, whose most recent work was seen in the visuals for Bon Iver’s “Holocene”. Available below, the “Swim Good” clip sees the OFWGKTA crooner dressed as sword-wielding, sneaker-wearing samurai who drives an orange Lincoln. On paper, it sounds like we have another Malkmus video on our hands, but the end result proves rather dark and twisted. So watch it with no little Hilke’s in the room.