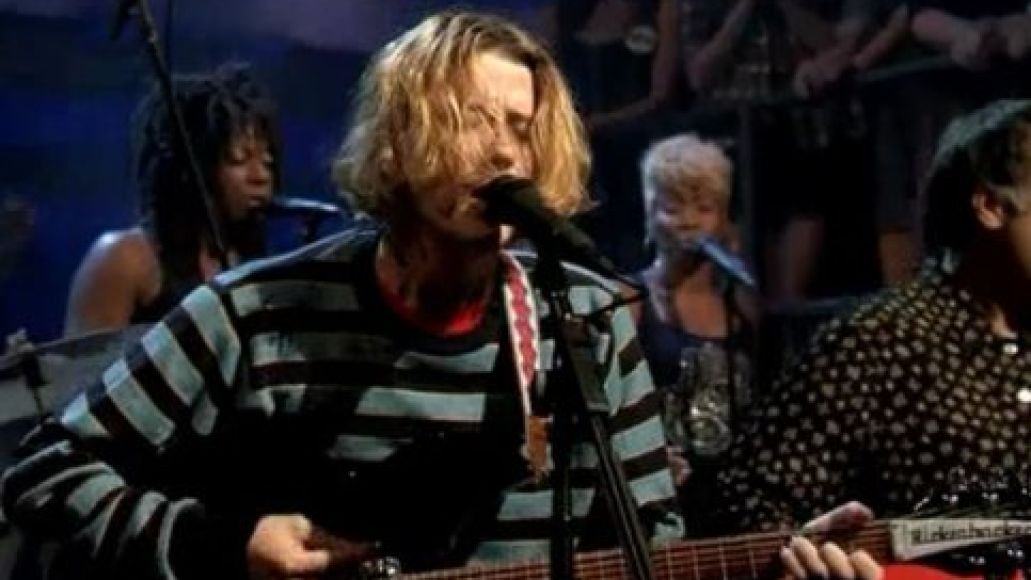 Girls went from being that small San Francisco retro duo who sounded like The Troggs and The Everly Brothers in 2009 to having one of the most diverse, layered, and hottest albums of 2011. The work that went into Girls’ 2nd LP Father, Son, Holy Ghost extends to their live performance as frontman Christopher Owens channels some surf-rock vibes and trots out the opening cut from the album, “Honey Bunny”. Check out the video below (via The Audio Perv). We like his bony body, his dirty hair, and the stuff that he says. As for the stuff that he’s on? Well…

Oh, and hey! Girls stuck around to play their own version of a power-balled in “My Ma” as part of a special encore performance, featuring those lovely backup singers again. Get those lighters up!