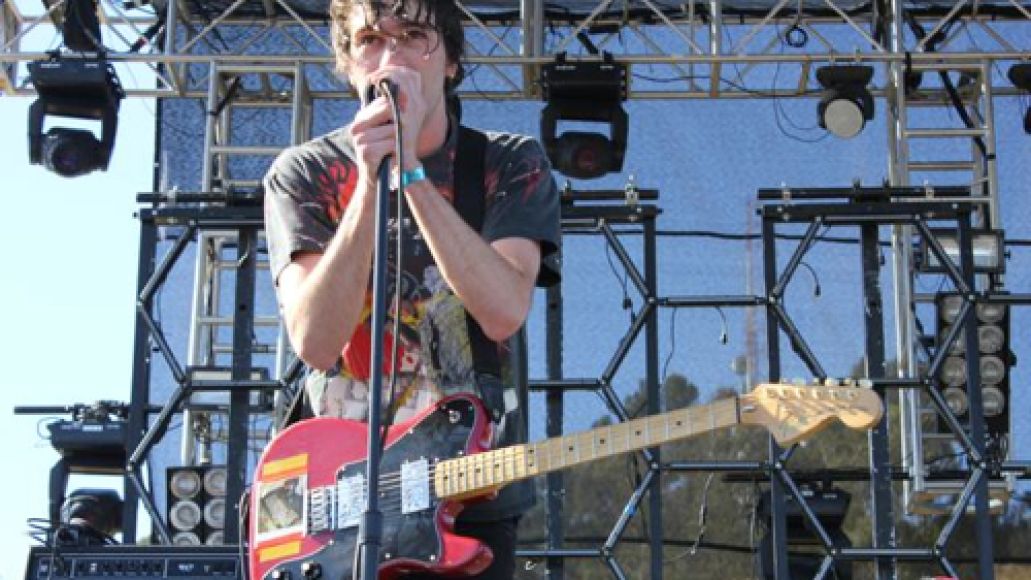 Being in a transgressive, noise rock band has to be much harder than it looks. Not only are you constantly struggling to set yourself apart from the genre’s most influential predecessors (a la Sonic Youth, the Melvins, etc.), but there’s also the constant knee-jerk response of parents and detractors alike about the ephemeral nature of your music being, “just noise.” Yet Vancouver’s noisiest pop duo, Japandroids, has made quite a name for themselves with a couple terrific albums and a relentless touring schedule.

Now with the follow up to the band’s excellent 2010 compilation No Singles looming, Japandroids are beginning to drop teasers about what we can expect. For those at the Bryan Street Tavern in Dallas a few nights ago, the teaser came by way of a new song, “Adrenaline Nightshift” that will “be on the next record.” You can watch the band debut the song live in the video above.

Like most Japandroids tracks, it’s distorted, poppy, fun, and most important, loud, all of which are good signs for another great record from duo. And while you satisfy yourself with this little tidbit, you might as well look at their upcoming tour schedule below. Who knows, maybe you’ll be lucky enough to catch another debut?