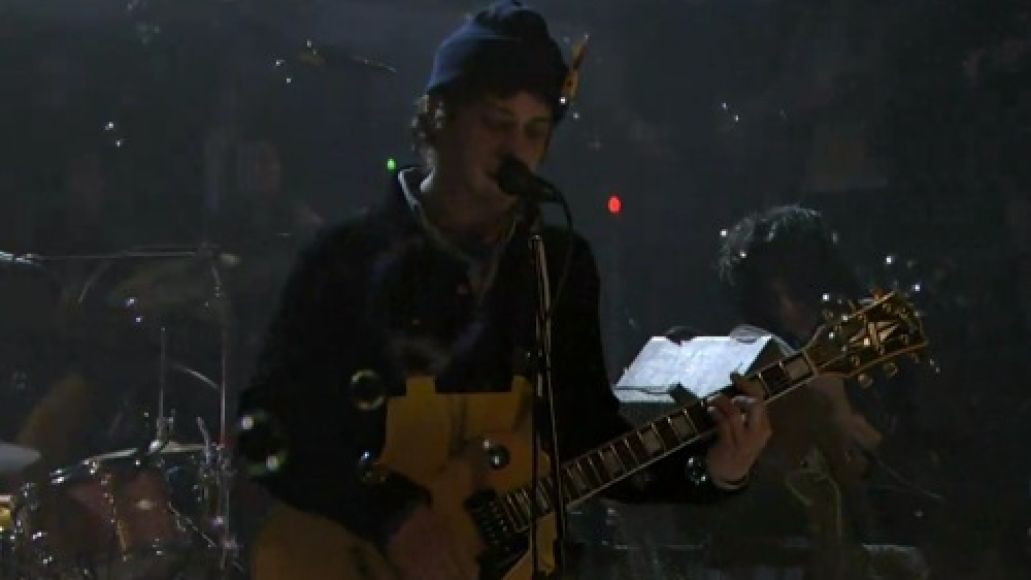 During a week of Late Night with Jimmy Fallon episodes dedicated to Pink Floyd, an appearance by current psych-rock torchbearers MGMT just seems to be an obligation. Still in the developmental stages of what could be an illustrious career, MGMT paid special tribute to Pink Floyd’s orgininal songwriter Syd Barrett with a performance of “Lucifer Sam” off of Pink Floyd’s 1967 debut, The Piper at the Gates of Dawn. The performance also became an odd tribute to Deadliest Catch, with the guys donning fishermen outfits and dressing the stage in various ocean accouterments for the entirety of the surpisingly energetic performance. The bubbles may be a distraction, but be sure to pay some attention to the dude rocking the reel-to-reel in the leather jacket. Check it out below.

Update: As 107.7 The End points out, that dude dressed like Joey Ramone was none other than Deerhunter’s Bradford Cox.