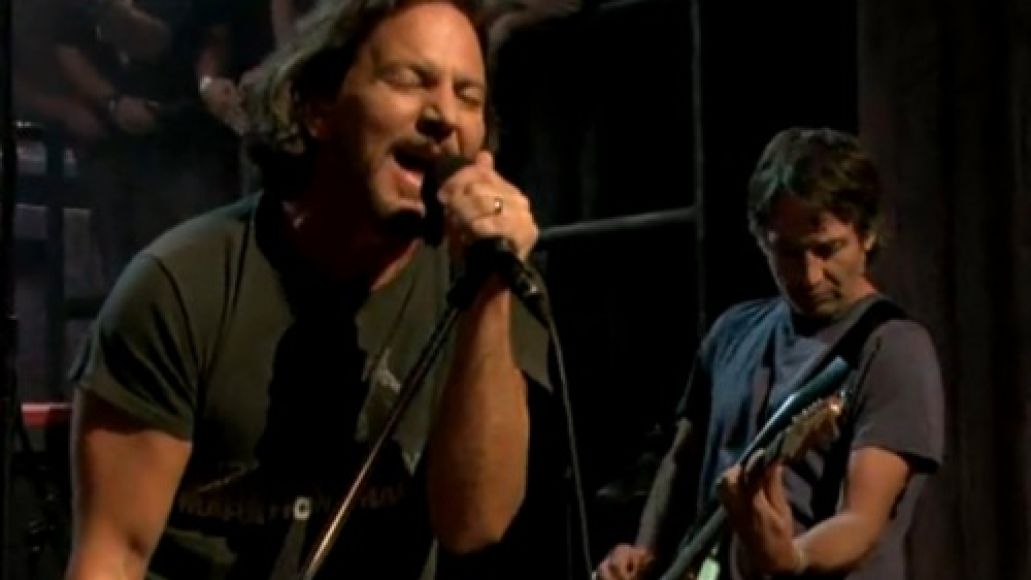 Last night, Pearl Jam returned to Late Night with Jimmy Fallon — this time, to run through “All Night”. A B-side off of Lost Dogs — and originally an outtake from their 1996 LP, No Code — the Seattle veterans happened to dust this off last Sunday at Alpine Valley. However, this time they had support from Black Thought, ?uestlove, and Captain Kirk Douglas, who provided some harmonies to the steamroller anthem. This probably won’t be the last time we see Pearl Jam over the next couple of weeks – their documentary, Pearl Jam Twenty, still has to debut on September 20th – but they played like it would be. Come to think of it, that’s usually their mentality, and it works every time.

As always, thanks to The Audio Perv for the video support.