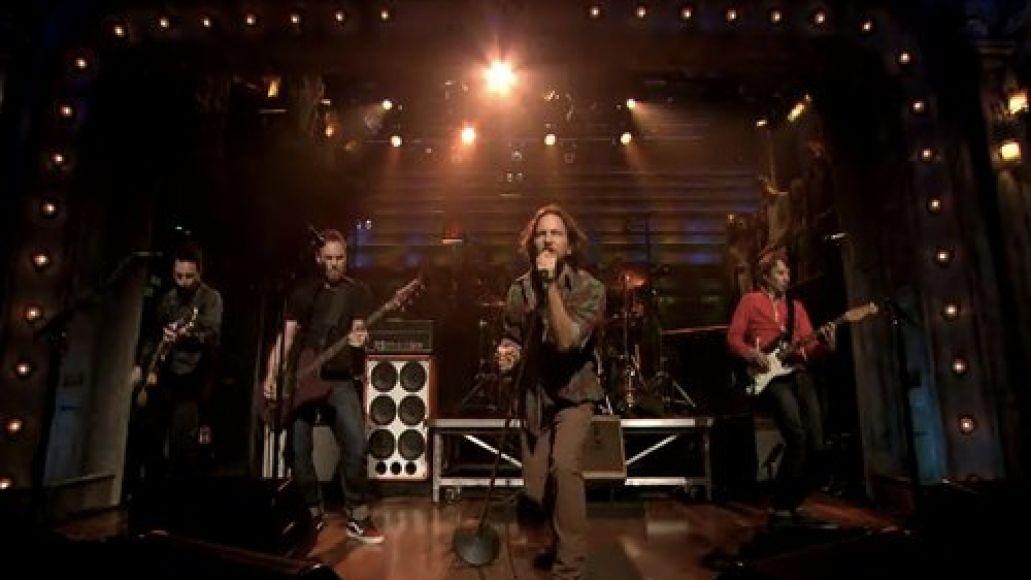 In the future, it should surprise no one if September is renamed “that Pearl Jam month”, or at the very least simply referred to as Sept-Vedder. As if the unforgettable PJ20 Destination Weekend and Cameron Crowe’s upcoming labor of love weren’t enough ass-kickery for some, the legendary Seattle quintet continued their 20th birthday celebration last night (September 8th) with a stop on Late Night with Jimmy Fallon.

The first of a two-show stint featured an interview with director Crowe on the forthcoming film and a blistering performance of “Olé”, a rough and rowdy new brawler of a song that can be downloaded on the band’s official website. Check out the video below for the high-energy debut.

Earlier in the program, Eddie Vedder joined Fallon and The Roots for “Balls in Your Mouth”, a protest tune about the BP oil spill and tar balls. The video can be found just below “Olé”, but be warned: it may get stuck in your head for the better part of the day.

Stay tuned for more coverage of Pearl Jam when they return to Fallon tomorrow night for round two.

“Balls In Your Mouth”: