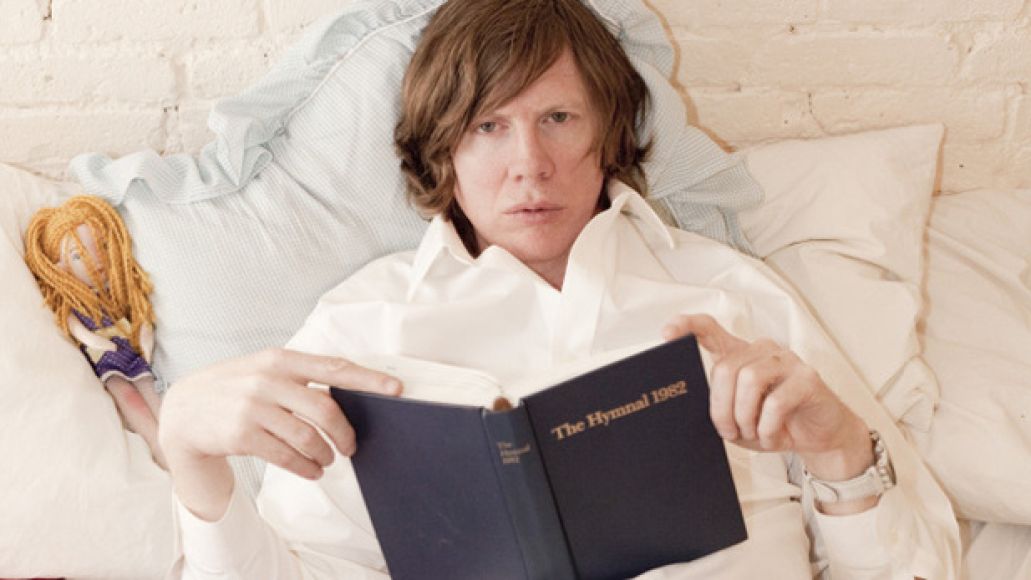 Oh boy, Thurston Moore has come a long way. Once the underground poster boy for all fuzz and indie chaos (via Sonic Youth), he’s now more or less a wise, almost sage-like singer-songwriter, taking in the moments rather than shattering them. At least that’s the image he framed on Late Show with David Letterman Wednesday night (via The Audio Perv).

Tenderly recreating “Benediction”, just one of many soft cuts off his recent solo LP, Demolished Thoughts, Moore appears relaxed and content. It doesn’t hurt that these days he’s surrounded by a violinist and a harp. The latter of which even Letterman couldn’t ignore. Following the performance, Letterman turned to harpist Mary Lattimore, and told her to “go nuts” and “do something.” When she met his request, he sighed and stated, “Oh man, like the gates of heaven.”

Who would have thought this would happen 20 years ago while listening to Goo? Sh’yeah.