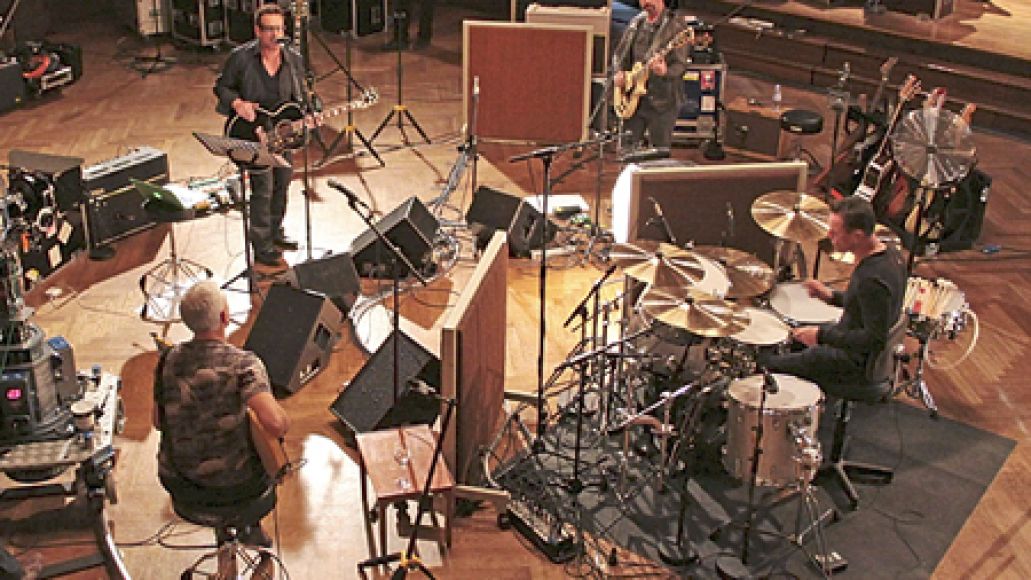 When we commented that the upcoming U2 documentary From The Sky Down would be immensely better than Spider-Man: Turn Off the Dark, it started as a simple joke (kinda like the show itself! Zing!) But after watching the trailer, it turns out we were totally right. The David Guggenheim-directed exploration of the band’s iconic 1991 album Achtung Baby looks to be an emotional, insightful, and comical look at the in’s and out’s of that groundbreaking record. It also paints the band as a slightly more real, down-to-earth act, even when they’re being turned into cartoons. Check the trailer out below.

Showtime will air the full documentary on October 29th at 8/9 p.m. CDT. In other U2 news, the 20 Years of Achtung Baby reissues will be available on October 31st, with the star-studded Achtung Baby reimagings album slated for release sometime this year.

Video: Trailer for U2 doc From The Sky Down